The manner how to strike.

WIthout all doubt, the thrust is to be preferred before the edgeblowe, aswell because it striketh in lesse time, as also for that in the saide time, it doth more hurt. For which consideratiō, the Romanes (who were victorious in all enterprises) did accustome their souldiers of the Legions to thrust onely: Alleaging for their reason, that the blowes of the edge, though they were great, yet they are verie fewe that are deadly, and that thrustes, though litle & weake, when they enter but iij. fingers in to the bodie, are wont to kill. Therefore I laye down this for a firme and certaine rule, that the thrust doth many times more readily strike, and giue the greater blowe against the enimie. And to the end, a man may thrust it out with the greatest force at the most aduantage, and vttermost length that may be, he must alwaies remember to carrie his left foote compassing behinde him in such sort, that the hinderfoot so compassing may alwaies be in the straight lyne of the hand and sworde, as a Diameter in the middest of a Circle. And in finishing of the blowe, to drawe his hinder-foote a halfe pace forwardes, and so by that meanes the blow is longer & stronger, and the shoulder and side are onely opposite to the enimie, and so farre off from him, that they may not be strooken: and it is not possible for a man to frame a longer blowe than this. 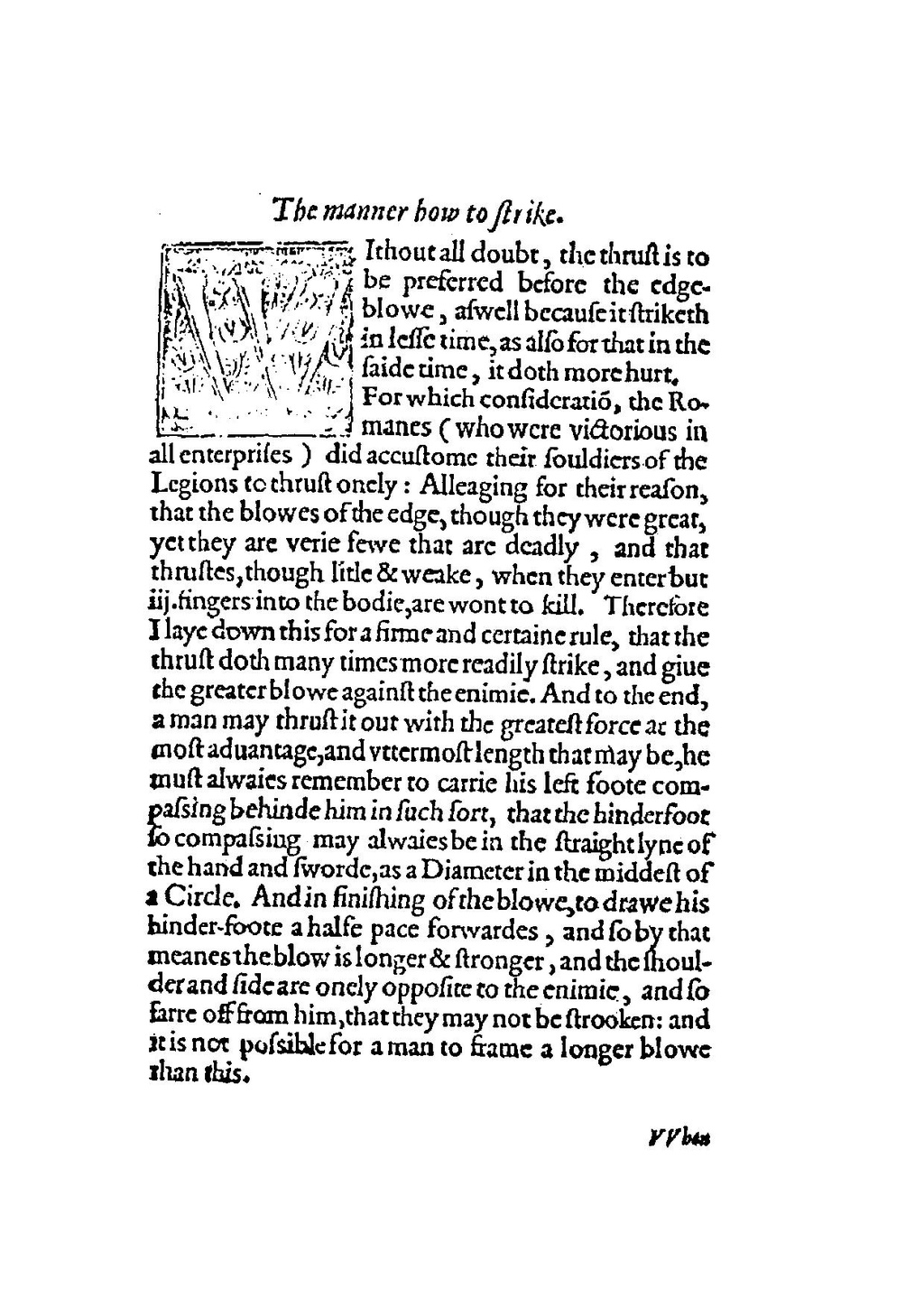