The meanes to defend

THE meanes of defending a blowe giuen either with the edg or point of the sword, are three. One is when the weapon is opposed to the blow, in such sort that the weapon which cometh striking either at the head or at the bodie, cannot hit home to the place whereūto it is directed, but hindered by some thing or other then set against it, be it sword, dagger, target, bil, Iauelin, or anie thing els, which at that instant a man hath in his hand. For it chanceth not alwaies to weare or carrie weapons of purpose, or ordained to that entent. Neither happelie is it thought souldier or gentlemanlike, not to know how to strike or defend, but onely with wepons framed to that end: for which cause, it may wel be said, that the soldier differenth from other men, not because he is more skilful in handling the sword or iauelyn, but for that he is expert in euerie occasion to know the best aduantage & with iudgement both to defend himself with anie thing whatsoeuer, and therewithal safelie to offend the enimie: In which & no other thing consisteth true skirmishing.

He that perswads himself that he can learn this Art by the exercise of a few perticuler stroks of the point and edg is vtterlie deceiued: for besids, that by those perticuler triks, there is smal knowledge gotten: So the chaunces in this Arte are so daungerous & diuers, that it is impossible to deliberat suddenly, except he haue the vniuersall knowledg and vnderstandinge of all the rules and principels hereof, being grounded vpon offending & defending, and not only vpon the sword, the dagger, the target, the iauelin & the bil. For a man at al times (when he is occasioned to strike 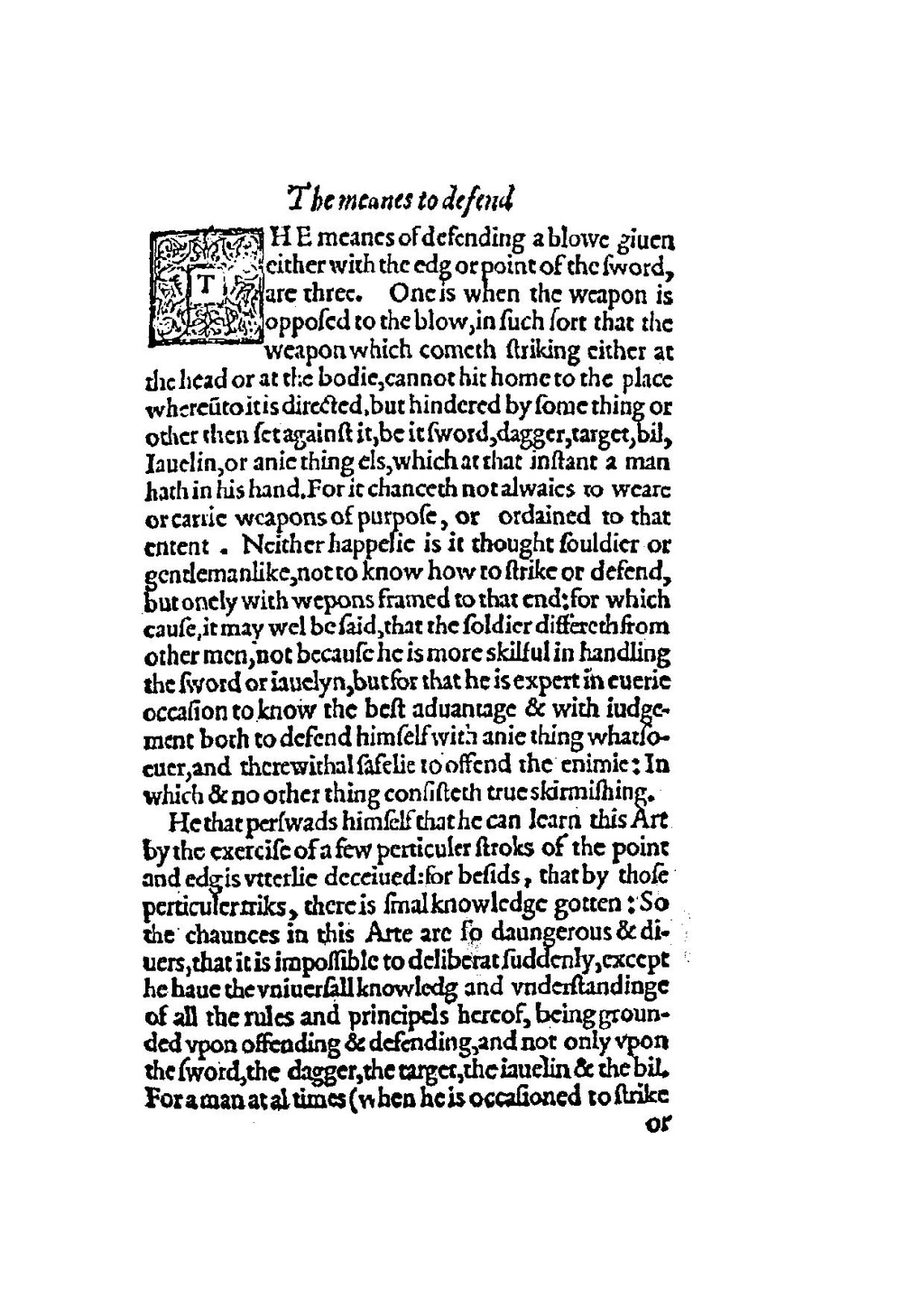