or defend) doth not carrie these weapons about him, but is constrained to defend himselfe with a peece of wood from a Iavelyn, with a stoole or fourme from a sworde, or with a cloake from a dagger, in which case men commonly vse many other things not ordained for that purpose, doing that therewith which naturall instinct teacheth them. And this instinct is no other thing then the knowledge of the rules before laide downe: which knowledge, because it is naturally graffed in the mynde, is something the rather holpen and quallified by Arte, and maketh a man so assured and bolde, that he dares to enter on any great daunger, and iudgeth (when he seeth the qualitie of the wea pon, and the syte wherein it is placed) what it maye do, or in how many waies it may either strike or defend. From which his iudgement springs the knowledge of all that he hath to do, and how he hath to handle himselfe to encounter any danger.

But returning to my purpose, to wit, of the way how to defend, which is to carrie the weapon opposite, this maner is commonly vsed, but is not so profitable, being vsed as it is. And the reason is, because when men endeuour themselues to encounter or oppose themselues against the weapon which commeth to strike them, (neither making bolde that their weapon can, neither knowing how it should defend) they withdraw their bodie with their foote, and commit all these faultes following.

1 First, by withdrawing of themselues, they encounter the enimies sworde towardes the poynt, in which place it beareth most force, and therefore with great difficultie they sustaine the blowe. 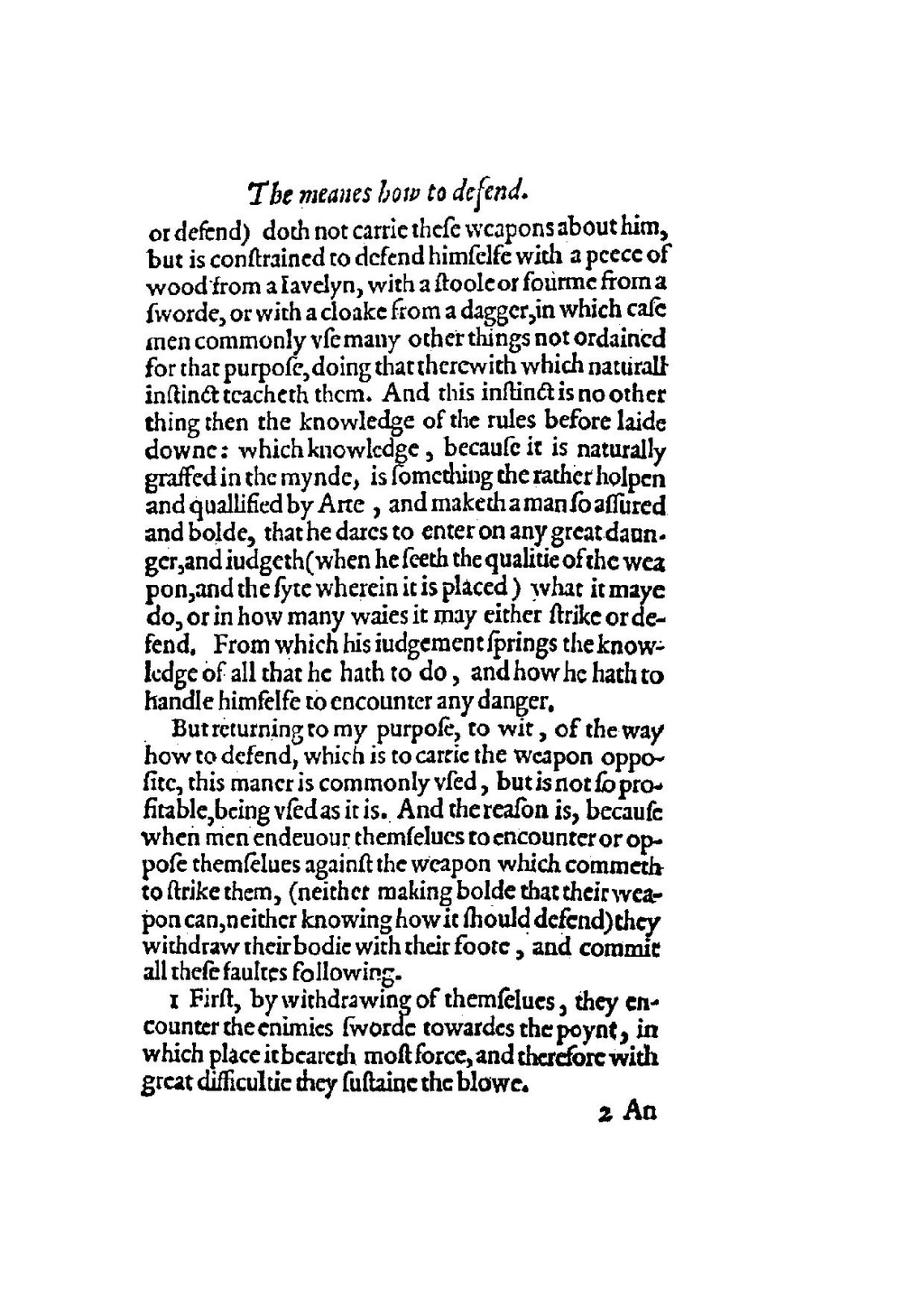