blowe, to fetch a great compasse, he may strike him before the fall of his sword with a thrust: or els when the enimie thrusteth, (but yet spendeth many times in doing thereof) he may likewise strike him in as shorte time as may be. The which manner of defending is most profitable, & perchaunce the better of the two. For there is no man that will runne himselfe hedlong vpon the weapon, or that, perceiuing himselfe readie to be strooken, will not suddenly drawe backe and with-hold that blowe which he had alreadie prepared to discharge. And although there be some, who being strooken runne rashly on, yet generally, men wil not so do, albeit they be strooken when they are most collorick, but will, when they are strooken or wounded, giue backe and be dismayed and by reason of the bloud which goeth from them, alwaies more & more be weakened.

But yet when they be so wounded, it shall be for their profit to be well aduised, and not to discomfort themselues for the greatnes of the blowe, but to beare it paciently: for that which they doe in disdaine and furie shal turne them to much displeasure.

3 The third manner of defence is, when the bodie voideth out of the straight lyne towardes this or that side, but this is seeldome vsed alone & by it selfe, but rather accompanied with the opposing of the weapon, or with the second manner of defence aforesaid. If it be vsed alone, the manner is to let slipp the blow, and to strike the enimie in the same time that he is ouer reached in his blowe. 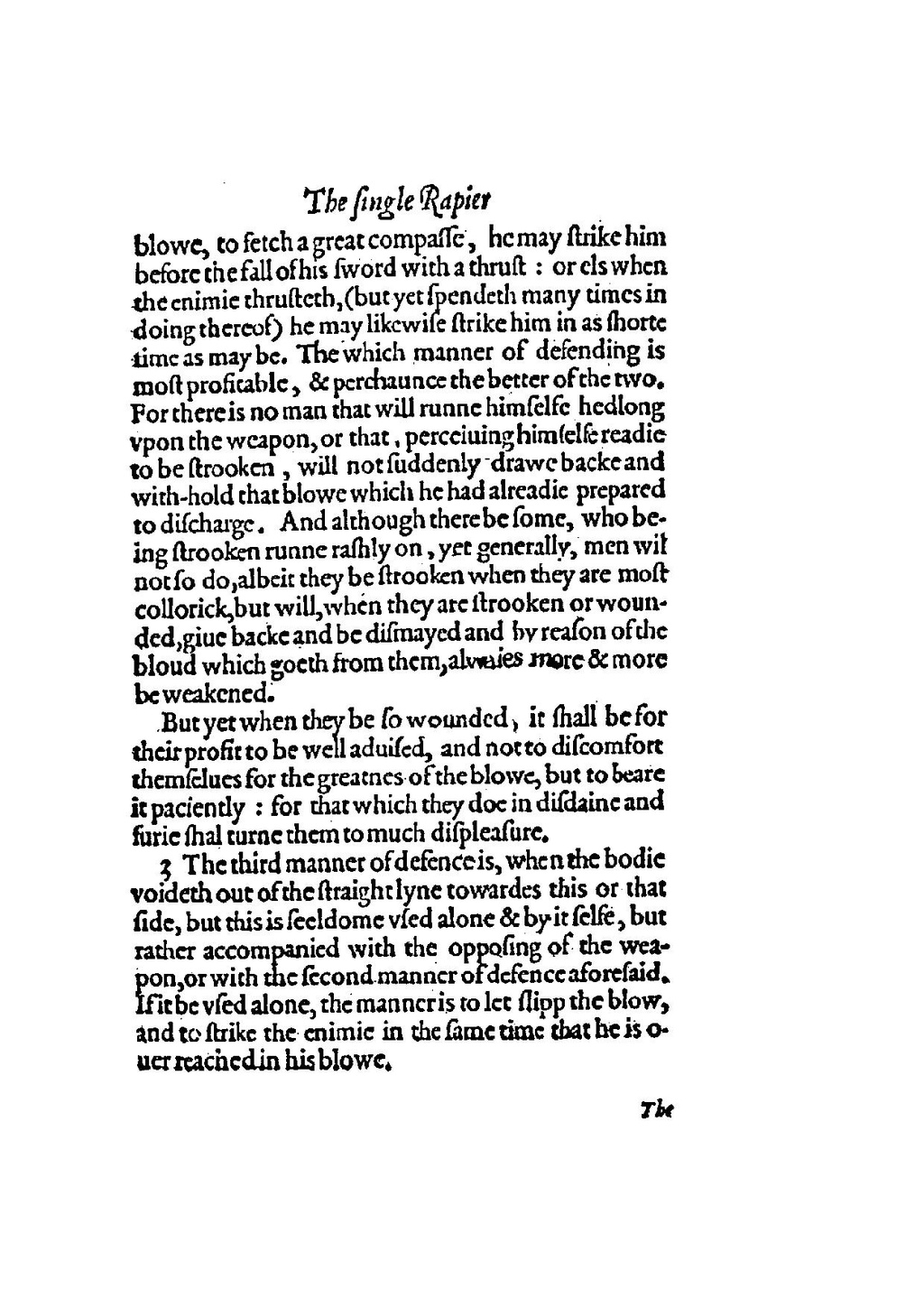