2 Another is, if they would strike the enimie, of force they must returne their feete and weapons thither, where they were before, and yet encrease forwards somewhat more, if they would strongly strike him: And in this they spend so much time, that the enimie may not onely easily defend, but also, verie well and safely strike.

To him then that woulde vse this manner of defence without danger, it is necessarie and needefull, when he encountreth the enimies sworde, that he do not withdrawe himselfe, but with his left foote increase a crooked or slope pace forwardes, the which shall encounter the sword, which before was comming striking with the edge, on that parte thereof, in which it hath least power to offend, and shal by that meanes easily withstand the blowe. But if the sworde come with a thrust, he must finde it and beat it aside: for euery litle motion is sufficient to driue the poynt farre enough from danger of hurte. And there is this aduantage gotten, aswel in the blow of the edge as of the point, that the bodie is voided out of the straight lyne, by meanes of the said slope pace: and it standeth so apt and so neere to offende the enimie, that one may strike in the verie instant, neither can the enimie so much withdrawe himselfe as is sufficient to auoyde the stroke: For a man hath to vse the straight pace of the right foote to follow the enimie, which pace is so strong and so swift, that the enimie may not auoide it. And because this maner of defence, in mine opinion, seemeth to be most sure and short, I will vse it aboue all other.

There is another waie, to wit, when one perceiueth the enimies sworde in the deliuerie of an edge- 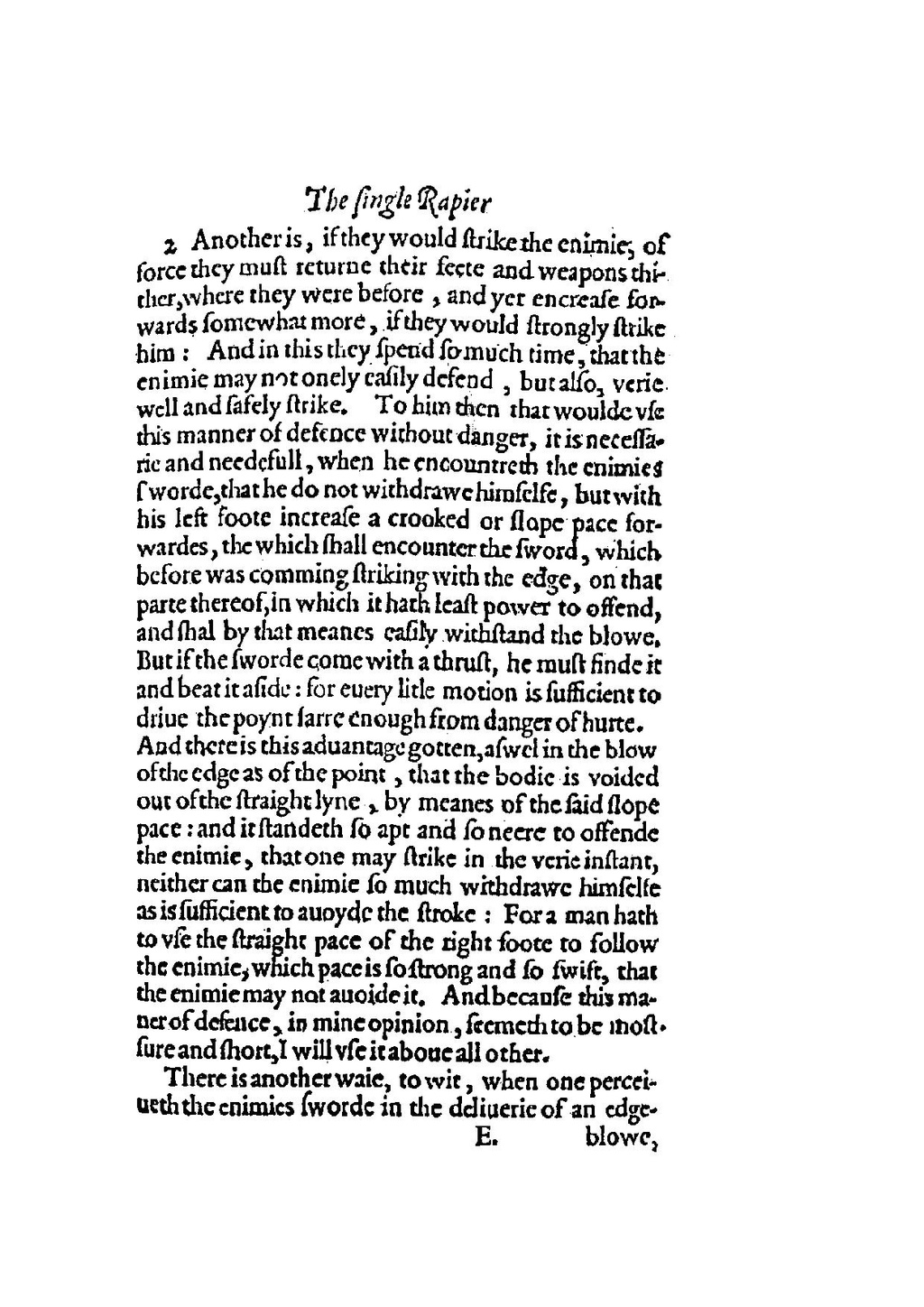