and yet not so, but that I will also talke of edgblows when in my treatise I come to that place where it shalbe commodious to strike therewith, placing them neere to their wardes and defenses, although against all edgeblows this is the best defence, to strike by the right lyne before the fall of the enimies sword, for, being deliuered in shorter time, it withstandeth their fall and lighting. The order I say, which I will obserue, shalbe, to laie downe euery warde, their blowes and defences, but principally of the poynt, then of the edge, if neede require.

The hurt of the high warde at single Rapier.

THE truest, and surest blowe that may be giuen when a man lyeth at the high warde, is, the thrust aboue hande, aswell for that it is in the straight lyne, as also, because it naturally stayeth it selfe in the lowe warde: So that from the beginning to the ending of this blowe, there is neuer any time giuen to the enimie to enter, by reason, that the point standeth alwayes directly against him. But in the discharging of this blowe, a man must remember to drawe his left foote neere his right foote, and then to encrease forwardes with the right foote, & deliuer it as forcibly as he may, staying him selfe in the lowe warde.

True it is, that he may also deliuer a right and reuersed edgeblowe at the head: or els, strike downwardes from the wrist of the hand: but because he is notable to turne his wrist in so small a compasse, in the discharge of an edgeblowe, either high or lowe, 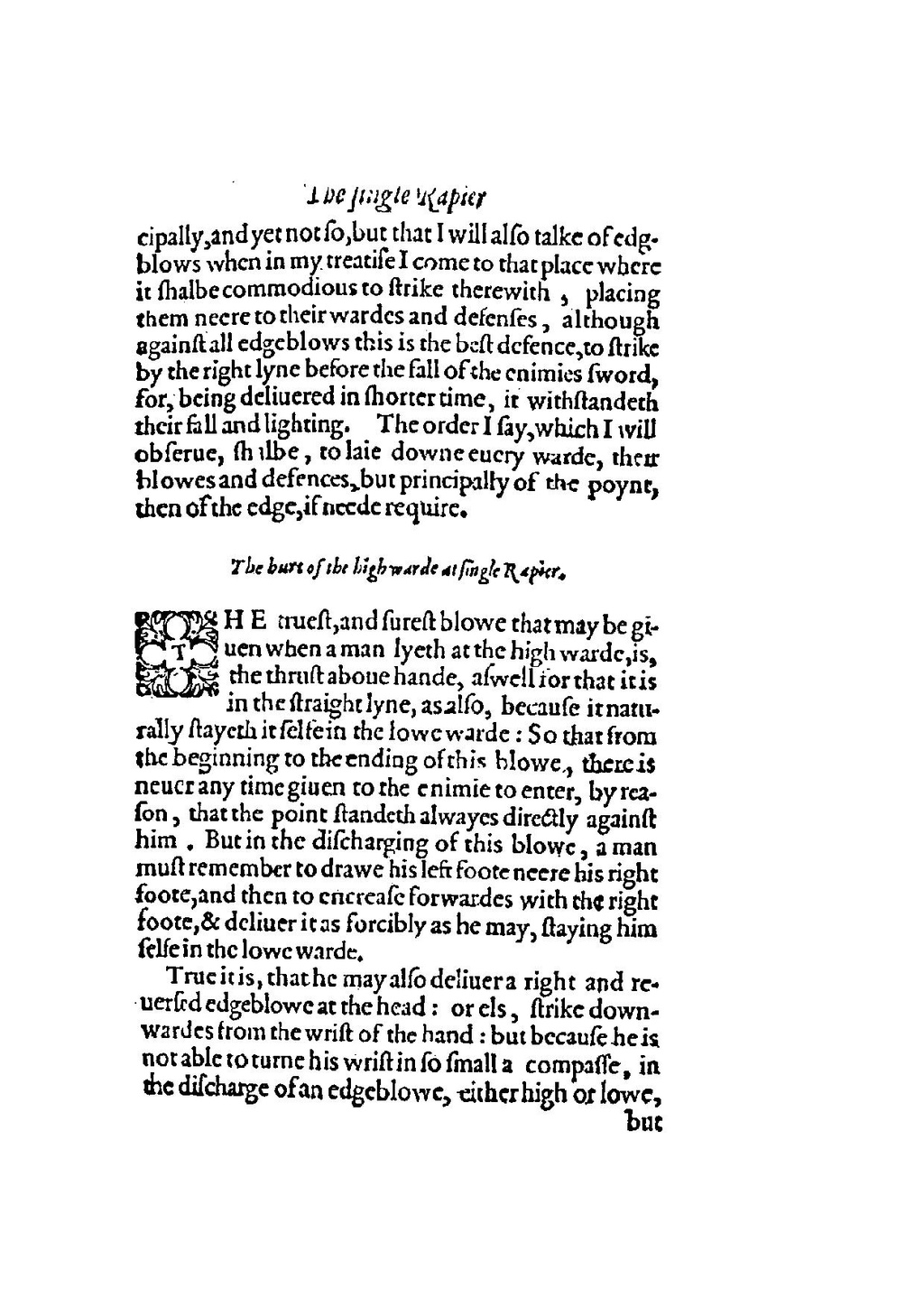