but that the poynt of the sworde will be out of the straight lyne, by the length of a sworde, in the which (before it returne) the enimie hath sufficient time to strike: Therefore I would not counsell any man to vse them either alone, or both togither. But yet betweene two thrustes, they may be verie well vsed togither, by continuing the one after the other (though they be voyded) vntill the last thrust, the which doth safely rest it selfe in the lowe ward. The vse of them is on this manner.

When one hauing discharged a thrust from the high warde, perceiueth that it doth not hurt, because it was voyded by the enimies sworde, he must turne a right edgeblowe from the wrist athwart the enimies head, fetching a compasse with his foote behind him toward the rightside, to the ende the blowe may be the longer, which is the longest blowe of all others. But if the enimie voide this in like case (which is very difficult) then he must suddenly turne the reuerse from his elbowe encreasing therewithall a slope pace with the hinder foote. And it is to be noted, that in deliuering a reuerse, the slope pace is in a manner alwaies to be vsed, to the ende he may go foorth of the straight lyne, in the which (if he should deliuer it) he may easily be strooken. Hauing vsed this pace & reuerse, whether it hit or not, the sworde in the same instant is something to be drawen or slyded: which drawing is profitable in this, that in giuing the reuerse it doth both cause the weapon to cut, and make the greater blowe. Wherefore it is to be vnderstoode, that all edgeblowes ought so to be deliuered, that they may cut: for being directly giuen without any 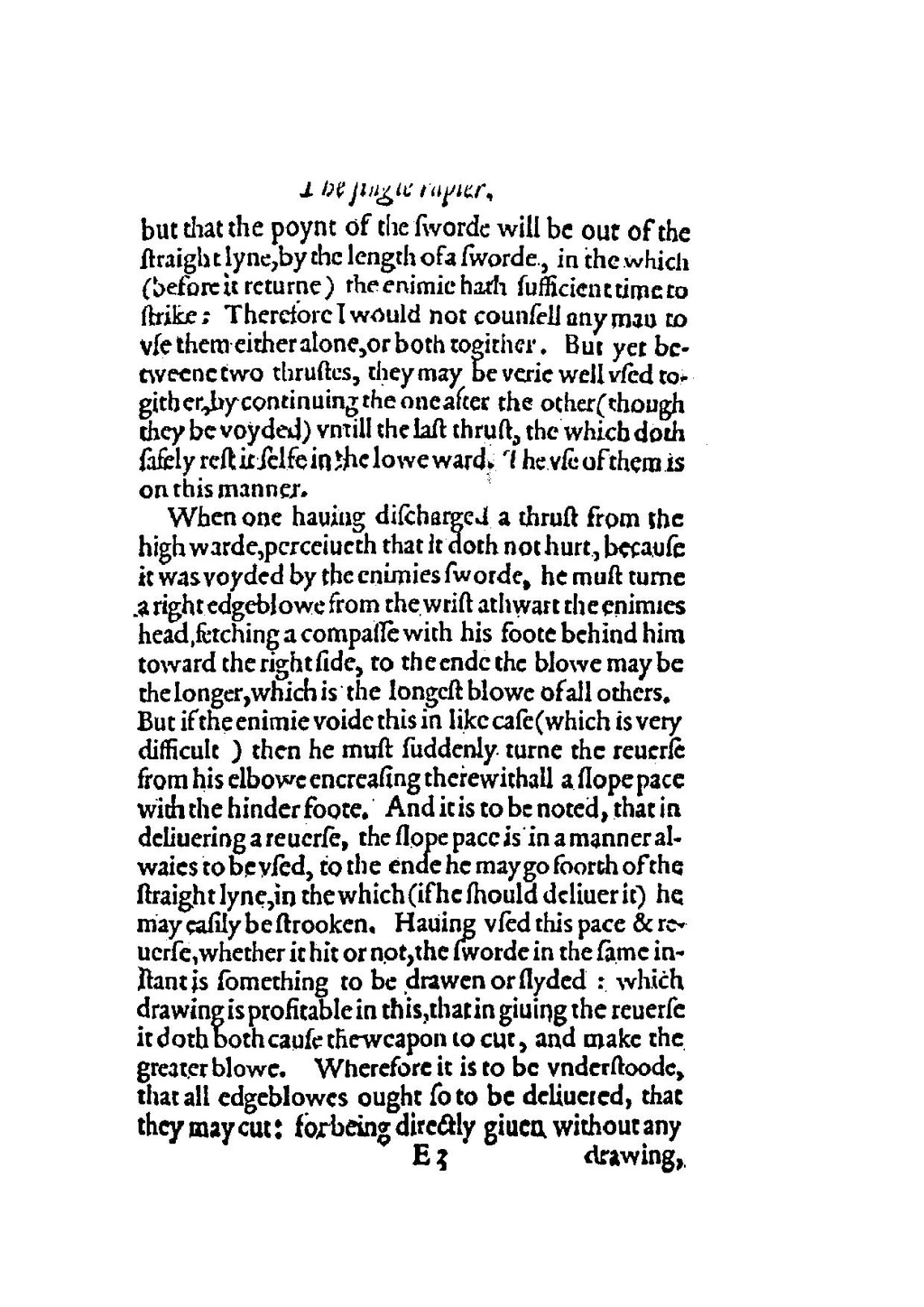