drawing, they cause but a small hurt.

Comming therefore to my purpose, I say: that as soone as he hath so drawen his sworde, he ought with the straight pace of the right foote, discharge a thrust vnderneath, being already prepared, the whrich thrust is so strong, both for the aptnes thereof and encrease of the pace, that it pearceth through any impediment withstanding it. And all these blowes (beginning from the thrust aboue hand, till the ende of the thrust vnderneath) being roundly deliuered one after another with such swiftnes as is required, are in a manner not to be warded. Besides, they haue so great increase of pace, that it is not almost possible for the enimie to retyre so much backwarde, as these encrease vpon him forward.

The defence of the thrust of the high warde at single Rapier.

ALL the furie in striking before spoken of, is vtterly frustrated, when, as here it may be seene, a man withstandeth and incountreth the first thrust. For the defence whereof it is needefull that he stand at the lowe warde, and as the thrust cōmeth, that he encounter it without, with the edge of the sword, and increase a slope pace forward, with the hin der foote at the verie same time, by which pace he moueth out of the streight line, and passeth on the right side of the enimie. And he must remember to beare alwaies the poynt of the sword toward the enimie: So that the enimie in comming forwardes, ether runneth himselfe on the sword, which may easely happen, and so much the rather, when he commeth resolutelie de- 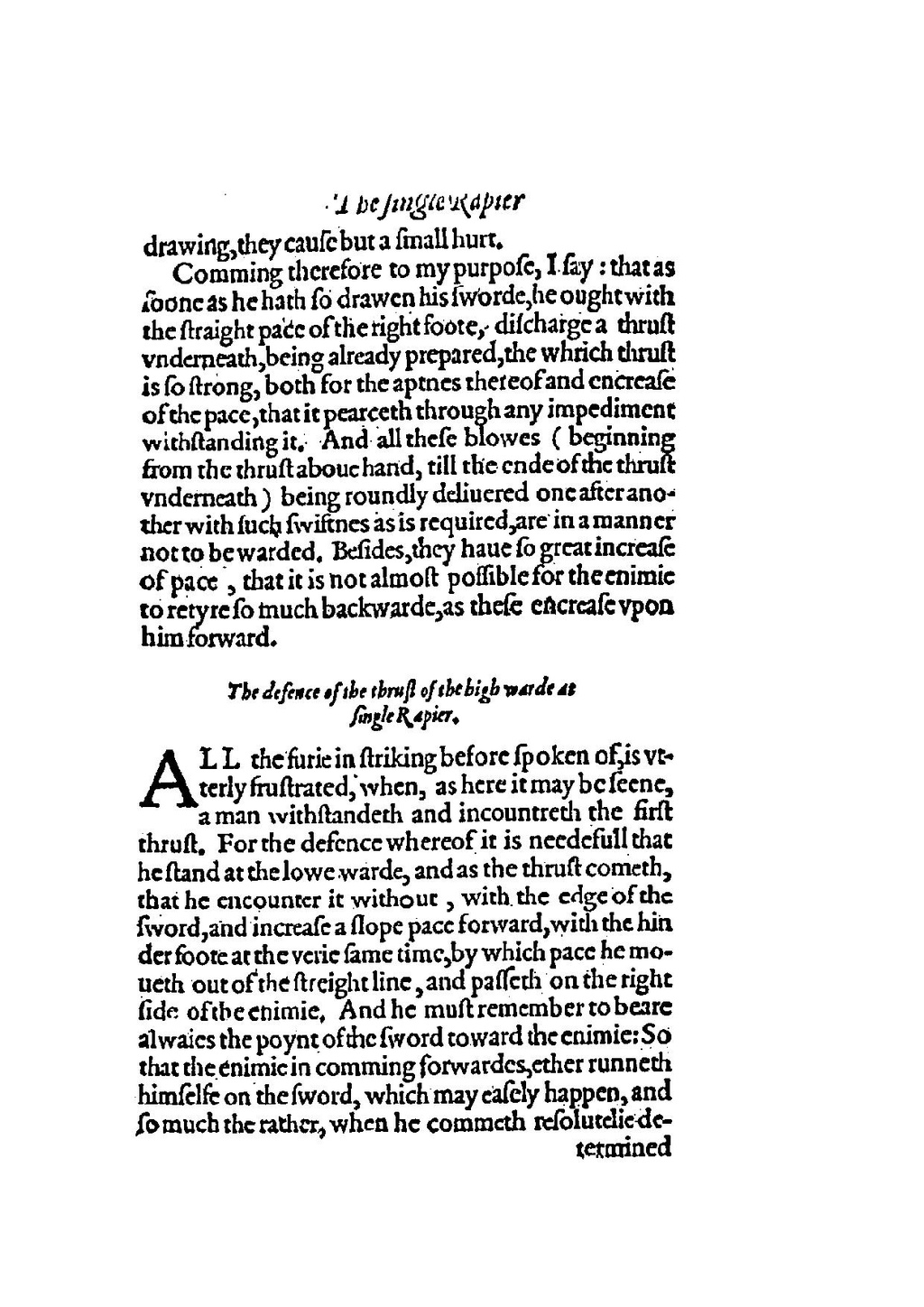