blow. Neither is there any other difference between these two defences, but that whilest the right blowe fetcheth his compas, a man may giue a thrust and hit home first: For the thrust vnderneath, must onely of necessitie be warded, because, cōming in the straight lyne, it ministreth no aduantage or time to hit home first.

The hurt of the Lowe warde at single Rapier.

A Man may in like maner in this ward, as in others, deliuer a thrust, a right blowe, and a reuerse: but the true and principall effect of this warde, is to expect the enimie, aswell for that a man beareth him-selfe without warinesse, as also, because it is apt and readie to defende all blowes either high or lowe: For being in the middle, it is as easily somewhat lifted vp, as something borne downe: So that when one standeth in this warde, he may not (as for his aduantage) be the first that shall giue either the down-right blowe, or the reuerse: for both the one and the other (departing out of the straight lyne) are deadly, because they giue time to the enimie to enter nimbly with a thrust. The thrust therefore, may be only vsed when one meaneth to strike first, and it is practised either within, or with out, alwaies regarding in either of the waies, so to beare and place his arme, that he haue no neede (before he thrust) to drawe backe the same. And if the enimie warde it, by the trauerse or crosse motion of his Rapier, as many vse to do, then he ought to encrease a straight pace and lift vp his sword hand, holding the point thereof downwards betwixt the enimies arme and his bodie, & with the encrease 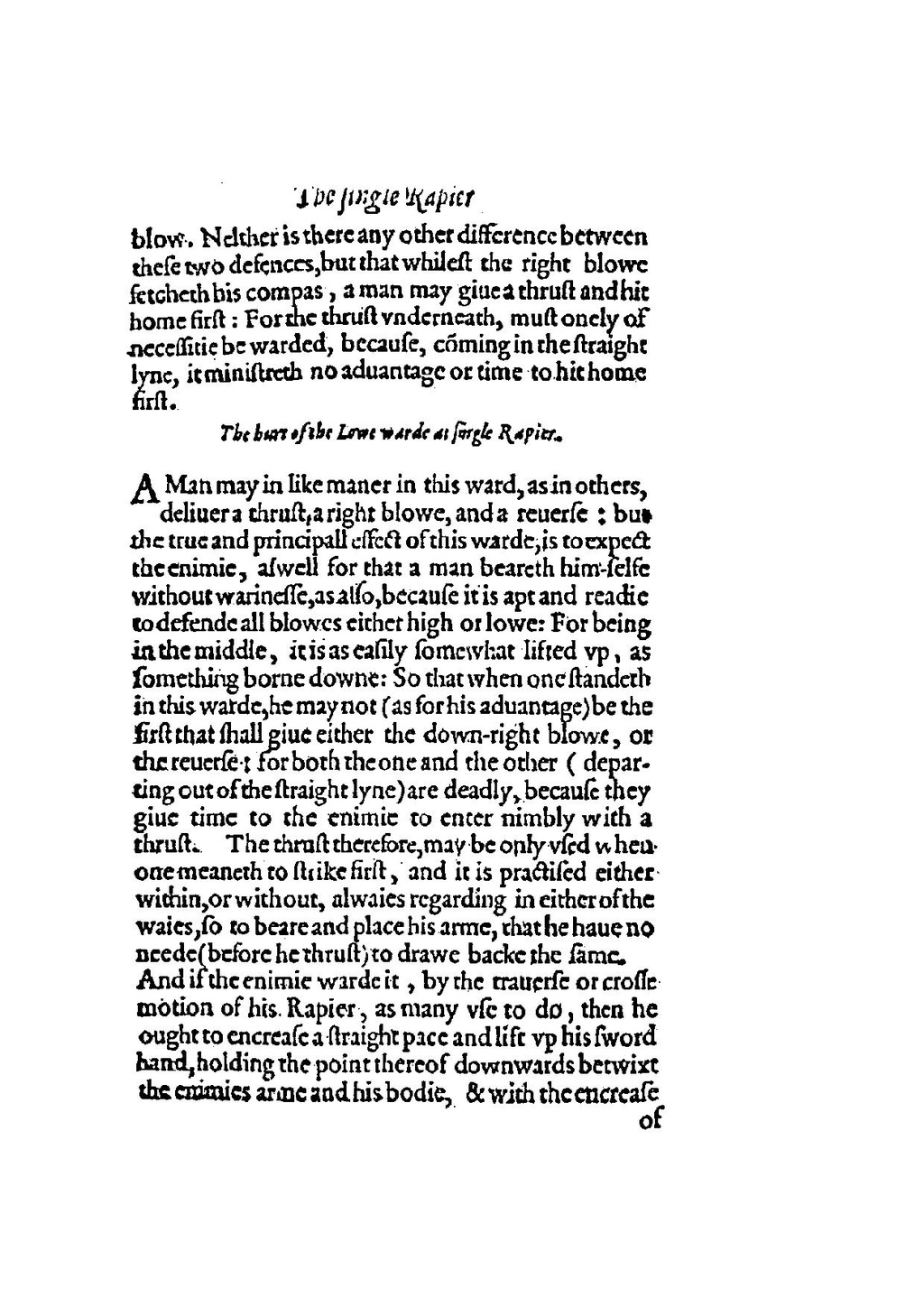