of a straight pace to deliuer a thrust. And this manner of thrust doth easily speede, because it increaseth continually in the straight lyne in such sort that the enimie can do no other then giue backe, and especially when it is done without, for then the sworde is safe from the trauerse motion of the other sworde.

The Defence of the Lowe warde at single Rapier.

BEcause both the down-right blowe, and the reuerse are varie easily defended in this warde, I will not stand to speake of any other then of the thrust, restraining my selfe thereunto. The which thrust, if at the first it be not withstoode, may proue verie mortall & deadly. Therefore, when this thrust is giuen within, it must be beaten inwardes with the edge of the Rapier, requiring the turne of the hand also inwards, and the compasse of the hinder foote, so farre towards the right side, as the hande goeth towardes the right side. And the enimie shall no sooner haue deliuered the thrust, and he found the sword, but he ought to turne his hand, and with a reuerse to cut the enimies face, carying alwaies his forefoote on that side where his hand goeth. If the enimies thrust come outwardes, then it is necessarie, that with the turne of his hand he beat it outwards with the edge of his sword encreasing in the same instant one slope pace, by meanes whereof he deliuereth his bodie from hurt. And therewithall (encreasing another straight pace, and deliuering his thrust alreadie prepared) he doth most safely hurt the enimie. 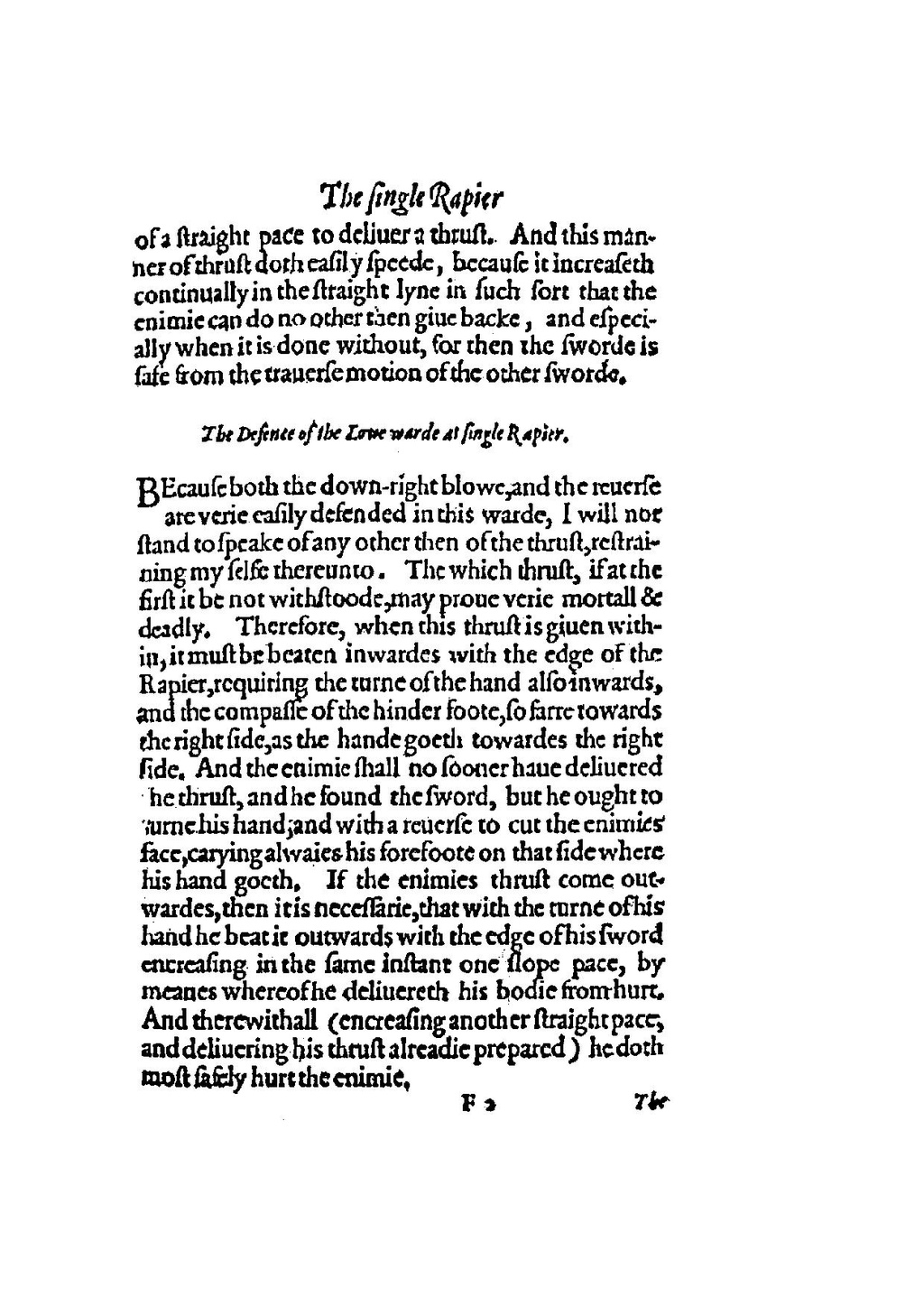