and left side ioyntly downwardes from the knee. Neither may it seeme strange that the onely Dagger ought to defend all the blowes of the left side: for it doth most easily sustaine euerie edgeblowe, when it encountreth the sworde in the first and second parte thereof.

But yet let no man assure himselfe, to beare any blowe, with his only Dagger when he meeteth with the sword on the thirde and fourth parte thereof, because that parte carrieth more force with it then may be sustained with the onely Dagger. And yet for all that, no man ought to accustome himselfe to defende blowes with the Rapier and Dagger both together, which manner of defending is now commonly vsed because men beleeue, that they stand more assuredly by that meanes, although in trueth it is not so. For the Rapier and Dagger are so bound thereby, that they may not strike before they be recouered, and therein are spent two tymes, vnder the which a man may be strooken when he that striketh continuing by the straight lyne, encreaseth forwards, perceiuing his enimie to be occupied and troubled in defending of himselfe. And albeit this is not seene to come to passe many times yet that is because the aduantage is notknowen, or being known, men either are not readie to execute it, either stand greatly in feare to do it.

Therefore leauing aside this maner of defence, let each man vse to oppose, one only weapon against the enimies sworde, keeping the other free, that he may be able to strike at his pleasure.

And it is diligently to be noted, that not onely the blowes of the sworde, but also of any other weapon 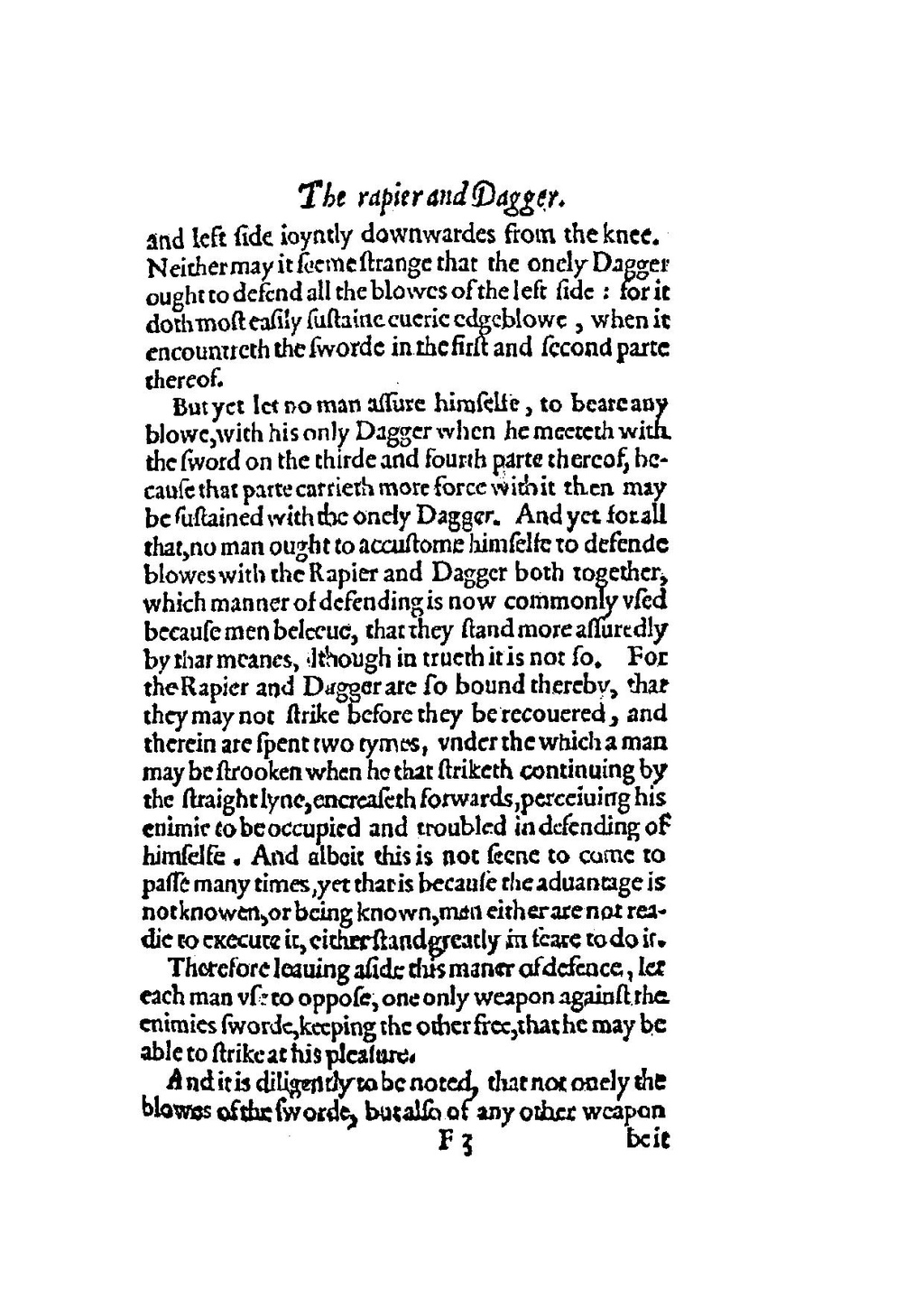