The Rapier and Dagger.

HAuing as briefely as I might possibly finished all that which might be saide, of true knowledge of single Rapier: it seemeth conuenient, that comming from the simple to the compound, I handle those weapons first, which from the Rapier forwards are either most simple or least compound: And especially those which nowe adayes are most vsed, and in the which men are most exercised, the which weapons are the Rapier & Dagger accompanied togither, and are a great encrease and furtherance both in striking and defending.

Wherefore, it is first to be considered, that with these and the like weapons, a man may practise that most desired and renowmed manner of skirmishing, which is saide to strike and defend both in one time, which is thought to be impossible to be done with the single Rapier, and yet in truth it is not so: For there are some kinde of blows in the defence of which one may also strike (as in the blowes of the edge, downe right and reuersed) both high and lowe, and other high blowes which here are not spoken of.

Wherefore seing with these weapons a man may verie commodiously, both strike and defend, for that the one is a great helpe to the other, it is to bee remembred, that because these weapons are two, and the one of lesser quantitie then the other, to eache one bee allotted that part both of defendinge and strikinge, which it is best hable to support. So that to the Dagger, by reason of his shortnes, is assigned the left side to defend downe to the knee▪ and to the sword all the right side, & the right 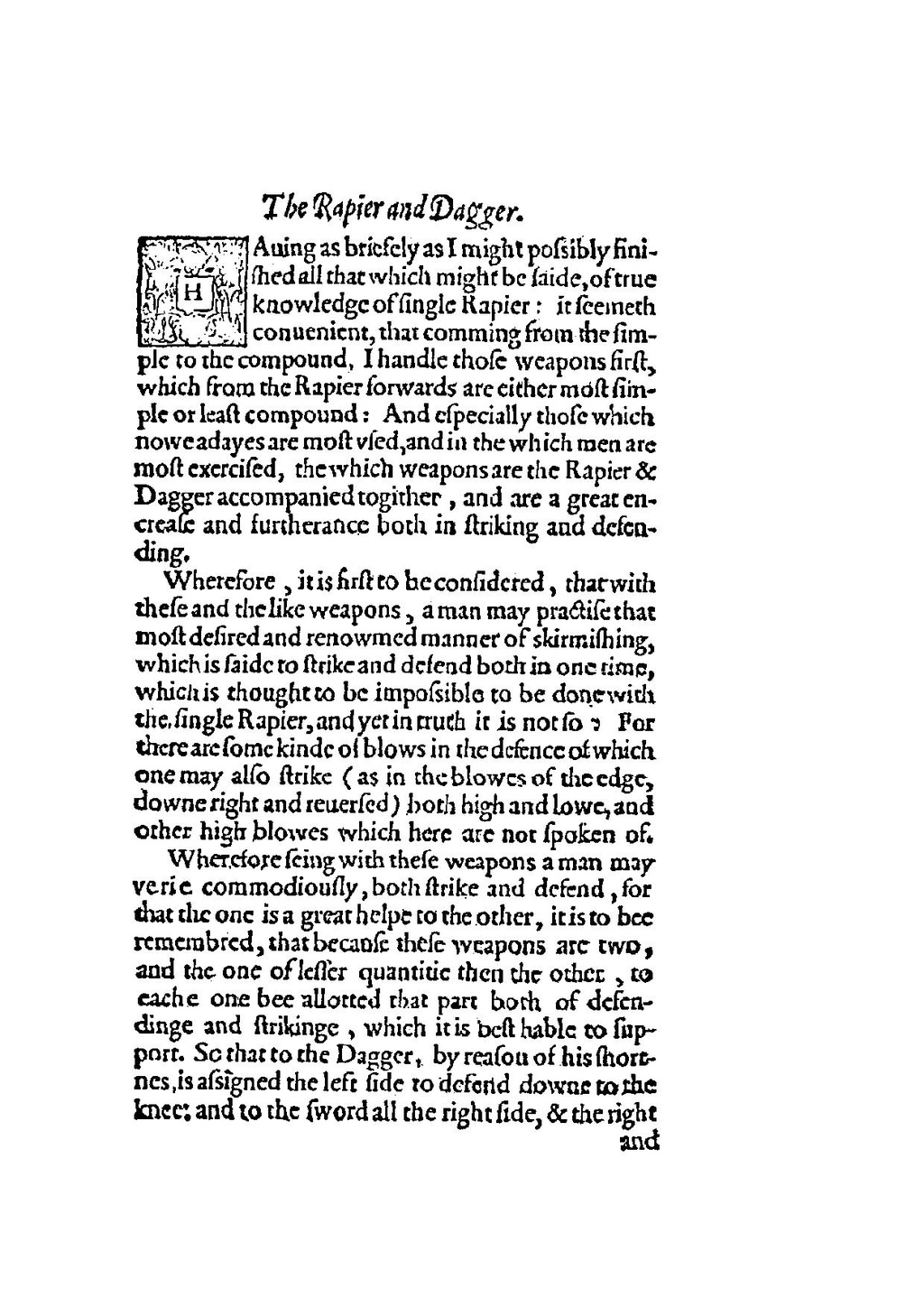