The Author, to the Reader.

EVen as from our swathing bands wee carrie with vs (as it were) an vnbridled desire of knowledge: So afterwardes, hauing attained to the perfection therof, there groweth in vs a certaine laudable and feruent affection to teach others: The which, if it were not so, the world happily should not be seene so replenished with Artes and Sciences.

For if men generally were not apt to contemplation and searching out of things: Or if God had not bestowed vpon euery man the grace, to be able to lift vp his minde from the earth, and by searching to finde out the causes thereof, and to imparte them to those who are lesse willing to take any paines therein: it would come to passe, that the one parte of men, as Lordes and Masters, should beare rule, and the other parte as vyle slaues, wrapped in perpetuall darknesse, should suffer and lead a life vnworthie the condition of man. Wherefore, in mine opinion it standes with great reason that a man participate that vnto others which he hath searched and found out by his great studie & trauaile. And therefore, I being euen from my childhood greatly delighted in the handling of weapons: after I had spent much time in the exercise thereof, was desyrous to see and beholde the most excellent and expert masters of this Arte, whome I haue generally marked, to teach after diuers wayes, much differing one from another, as though this misterie were destitute of order & rule, or depended onely vpon imagination, or on the deuise of him who professeth the same: Or as though it were a matter impossible to find out in this honourable exercise (as well as in all other Artes and Sciences) one onely good and true way, whereby a man may attaine to the intire knowledge of as much as may be practised with the weapon, not depending altogether vpon his owne head, or learning one blowe to day of one master, on the morowe of another, thereby busying himselfe about perticulars, the knowledge whereof is infinite, therefore impossible. Whereupon being forced, through a certaine honest desire which I beare to helpe others, I gaue my selfe wholy to the con- 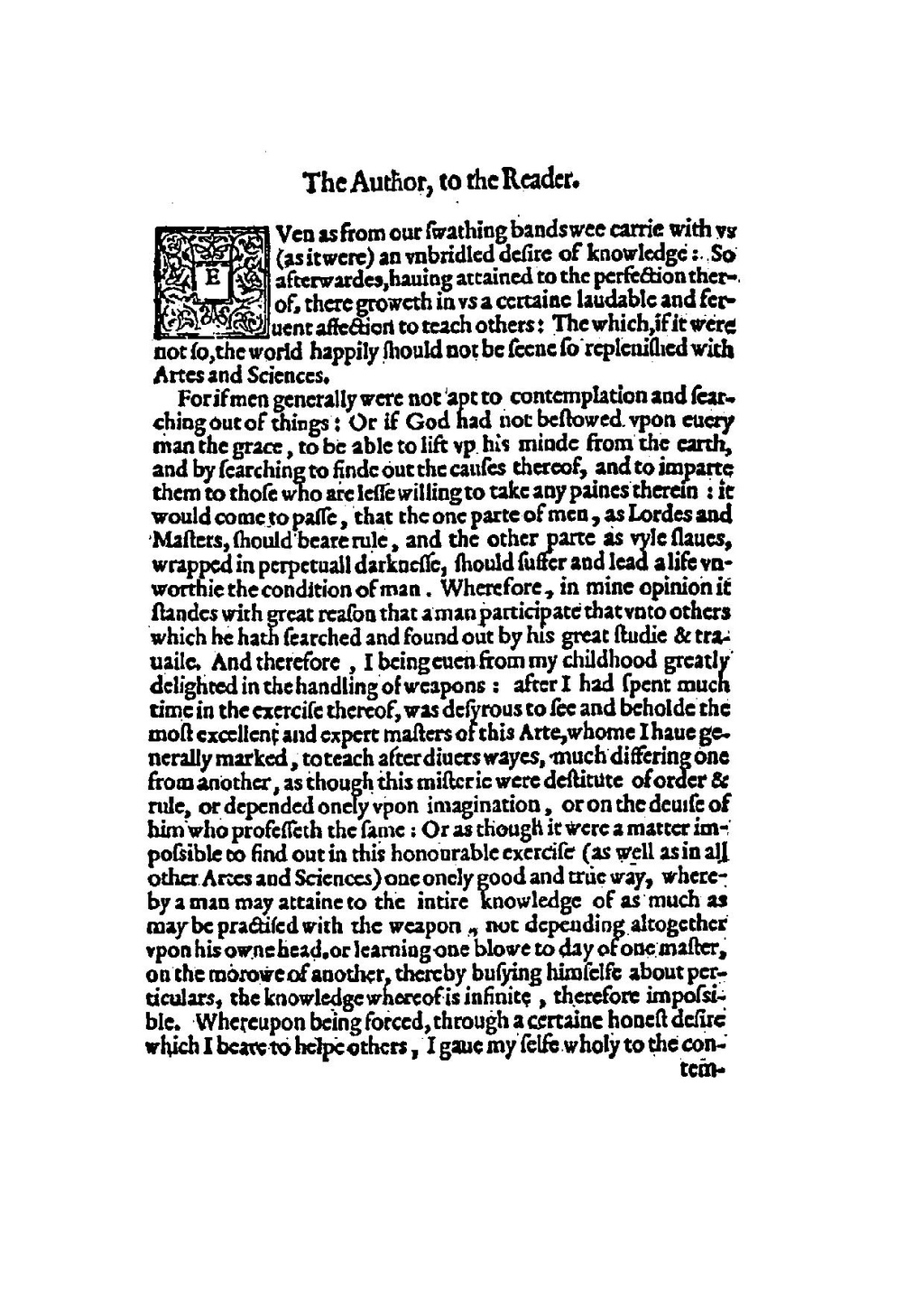