In the second waie, which is framed with the righte foote behind, the sword alofte, and the dagger before, & borne as aforesaid, he ought in like sorte discharge a thrust as forciblie as he may, with the increase of a straight pace, staying himselfe in the lowe warde. Neither ought anie man in the handling of these weapōs to assure himselfe to deliuer edgeblowes, because he knoweth that there is an other weapon which defendeth: For he that defendeth hath the selfe same aduātage, to witt, to be able with one weapon (and happelie the weaker,) to defend himself and strike with the stronger. The which stroake is painfully warded by him, who hath alreadie bestowed all his force and power, in deliuering the saide edgeblowe, by meanes whereof, because there remaineth in him small power to withstand anie great encounter, let him prouide to thrust onelie.

Of all, or of the greater parte of the edgeblowes, aswell of striking as defending, I will reason at large in the Treatise of Deceite.

Of the defence of high VVarde at Rapier and Dagger.

TO speake of the manner how to withstand the blowes of the edge, hauing alreadie saide that all such blowes may easelie be warded by giuinge a thrust, I omit as superfluous. But for the defences of both sides of the bodie: I saie, it is greate vantage, to stand at the lowe warde, with the right foote forwardes, by the which manner of standing, the right side is put fourth towarde the enimie, 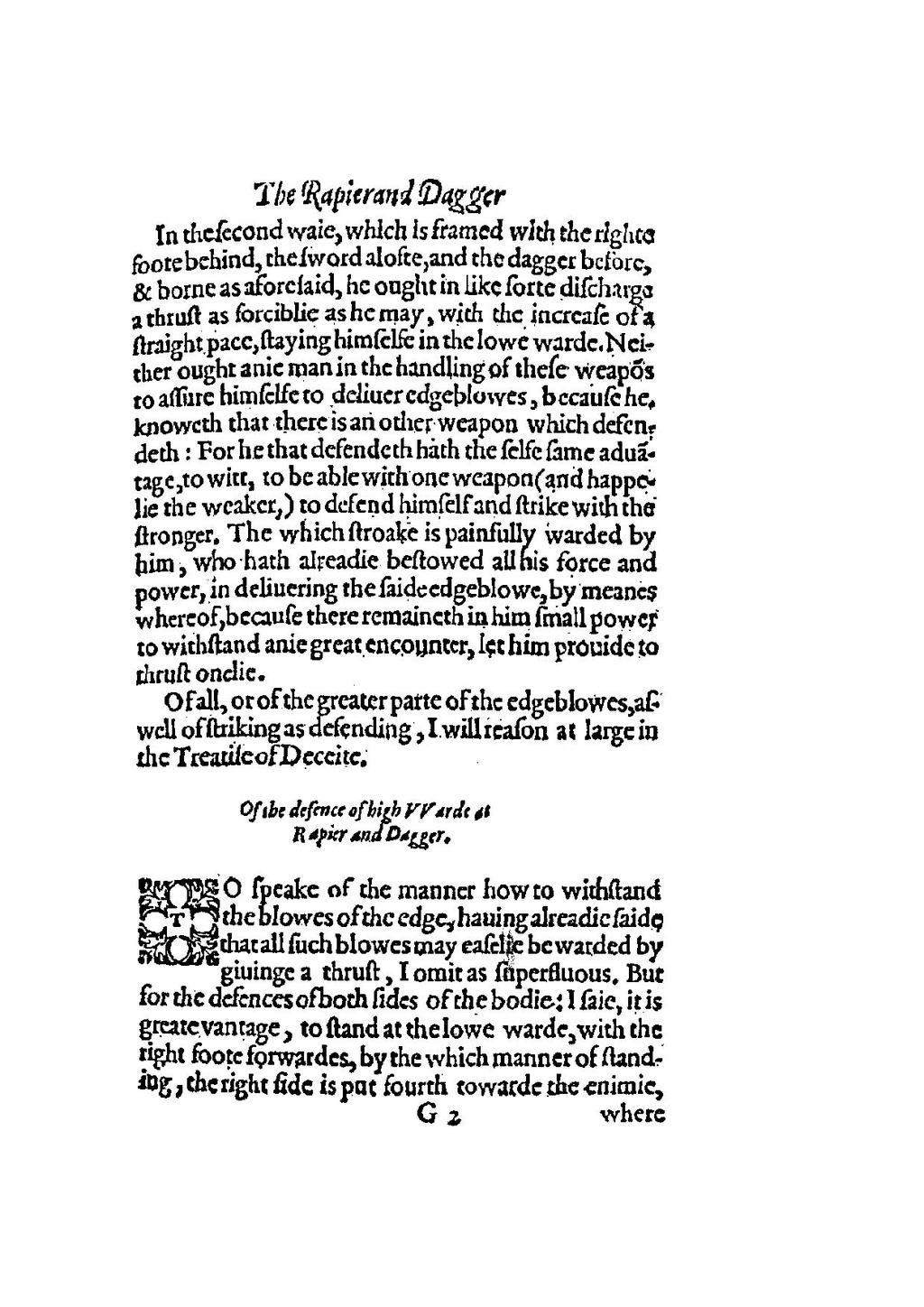