whereunto he will direct all his thrustes: and those may be encountred after three sortes, that is to saye: with the Dagger onely: with the Sworde onely: and with both ioyned together. But in each of them, a man must remember to encrease a slope pace, whereby that parte of the bodie which was to be strooken is voided out of the straight lyne.

When one wardeth with his Dagger onely, he shall encrease a pace, and beare his arme forwards, and hauing found the enimies sworde, he shall (with the encrease of a straight pace) strike him with a thrust vnderneath, alreadie prepared.

When he wardeth with his sworde onely, it is requisite, that making a slope pace, he lift vp his sworde, and beare it outwards, or els, as soon as he hath found the enimies sworde, that with his dagger he strike at the temples of his enimies head, staying his sworde with his owne: or els in steede of striking with the Dagger, therewith to staie the enimies sword, & with it, (encreasing another straight pace) to deliuer a thrust: but it is verie commodious to strike with the Dagger.

The thirde waie: As soone as he hath made the slope pace, and found the enimies sworde, he ought to staie it with his Dagger, and therewithall, withdrawing his owne sworde, to discharge a thrust vnderneath with the encrease of a straight pace.

The hurt of the broad ward: at Rapier and Dagger.

IN each weapon and warde, I haue layde downe as a generall precept, that no man ought, (either for 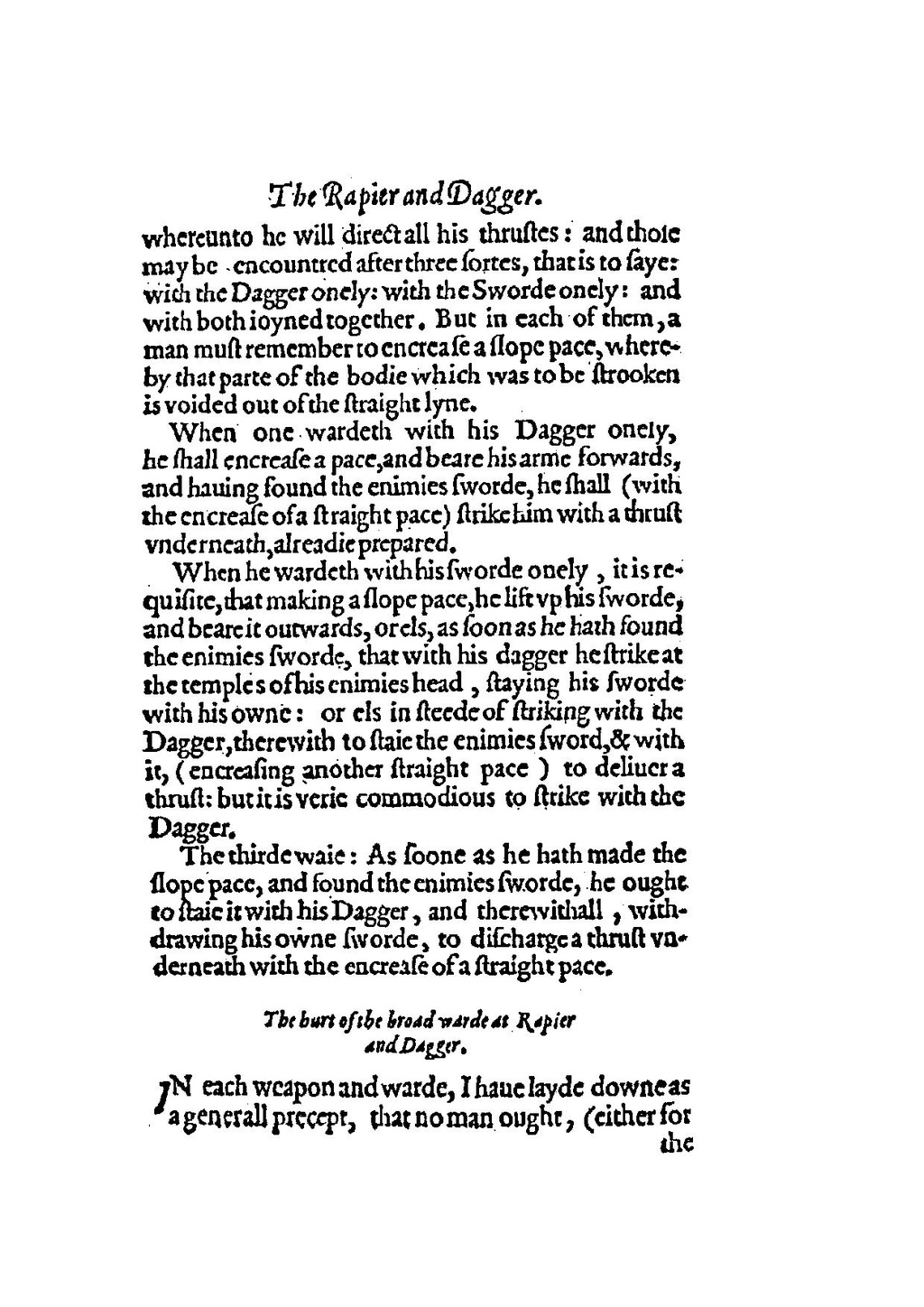