onely which is framed with the right foote before. And in this, one may strike two waies, to wit: either within or without: By (Within) I vnderstand, when his sworde is borne betweene the enimies sword & dagger. By (Without) I meane, when any one of them is borne in the middle against the other.

When one findeth himselfe within, at the halfe of the enimies sword, the poynt whereof, is directed to strike at the right side, he must verie swiftly encrease a slope pace, and in a manner straight, to the ende he may approch the neerer his enimie, and therewithall suddenly barring the enimies sworde in the middle with his owne sworde and dagger, encrease a straight pace, and deliuer a thrust.

This may be done after another plainer waie, and that is: when he standeth at the halfe sworde, to beat the enimies swordes point out of the straight lyne on that side which shalbe most commodious, and in that lyne encreasing his foote forwards to driue a forcible thrust, at the enimies face or brest.

He may also after a second manner, giue a right edgeblow from the wrist, as short and strong as is possible, not so much pretending to strike as to finde the 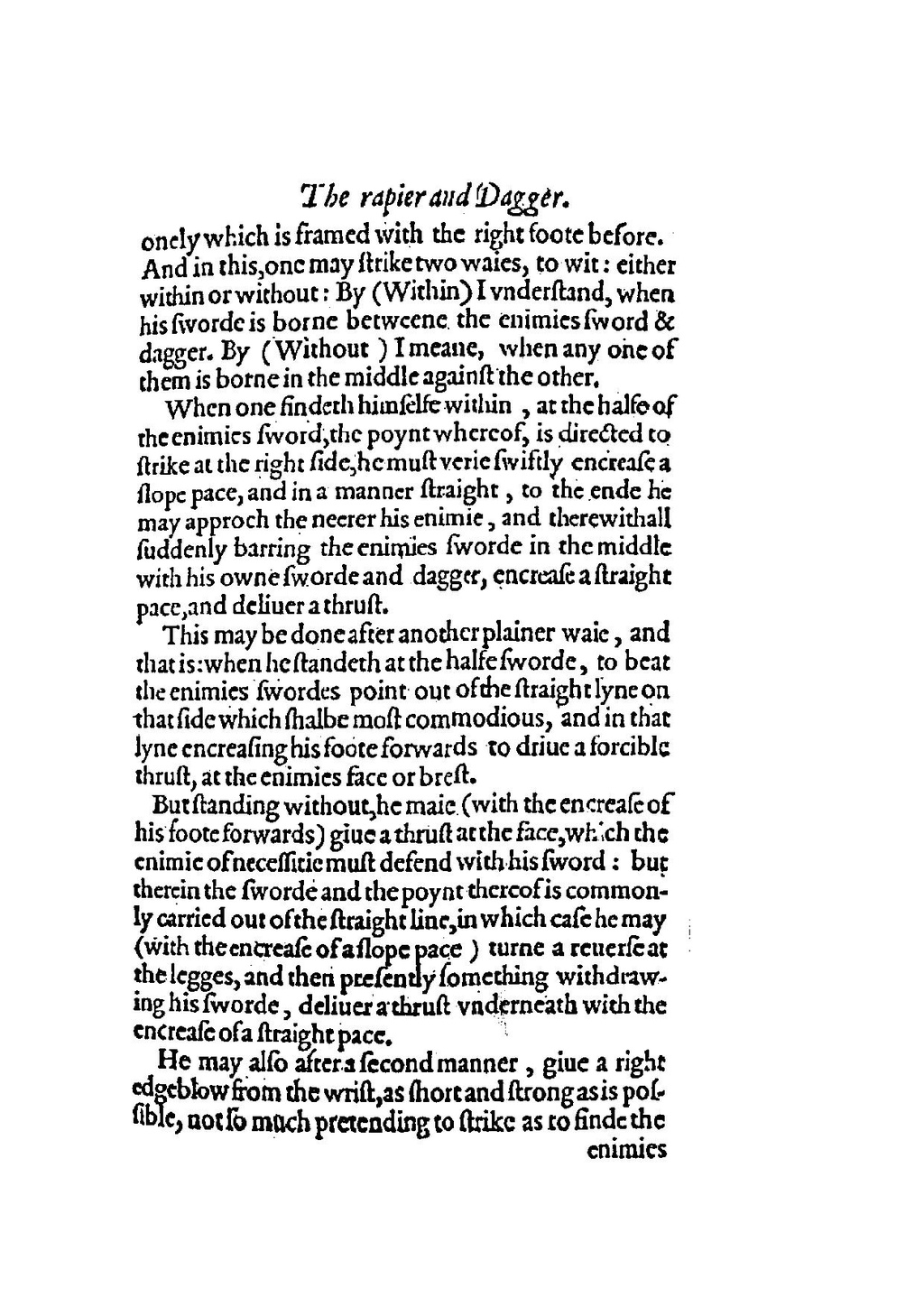