It is possible to withstand the thrust with the sworde and dagger ioyned together: but it is so discommodious and so ridiculous a waie, that I leaue to speake thereof, as of a waye nothing safe to be practised.

The hurt of the lowe warde at Rapier and dagger.

IN each warde, when one standeth bearing the poynt of the sworde towards the enimie, it doth much disaduantage him to strike with the edge. And if in any sorte it be lawfull so to do, it is, when he standeth at the lowe warde: For it is commodious, and there is spent but little time in the bestowing of an edgeblowe betweene thrustes. Or, the rather to trie the enimie, there may be deliuered an edgeblow from the wrist of the hand, in the which as there is spent little time, so the poynt is carried but a litle out of the straight lyne, so that the enimie may very hardly enter to strike vnder either of these blowes. But it is better, not to vse them, resoluing rather to discharge thrust after thrust, then any edgeblowe.

This warde may (as the high ward) be framed after two sortes, to wit: with the right foote behinde, and the same foote before: but that with the right foote behind, is vsed rather to expect the enimie than to strike first. For although it carrieth great force by reason that the sworde is farre off from hurting, and before it hitteth home, it spendes much time, yet the hurt thereof may easily be warded, either with the weapon, or by retyring a pace. I will speake of that 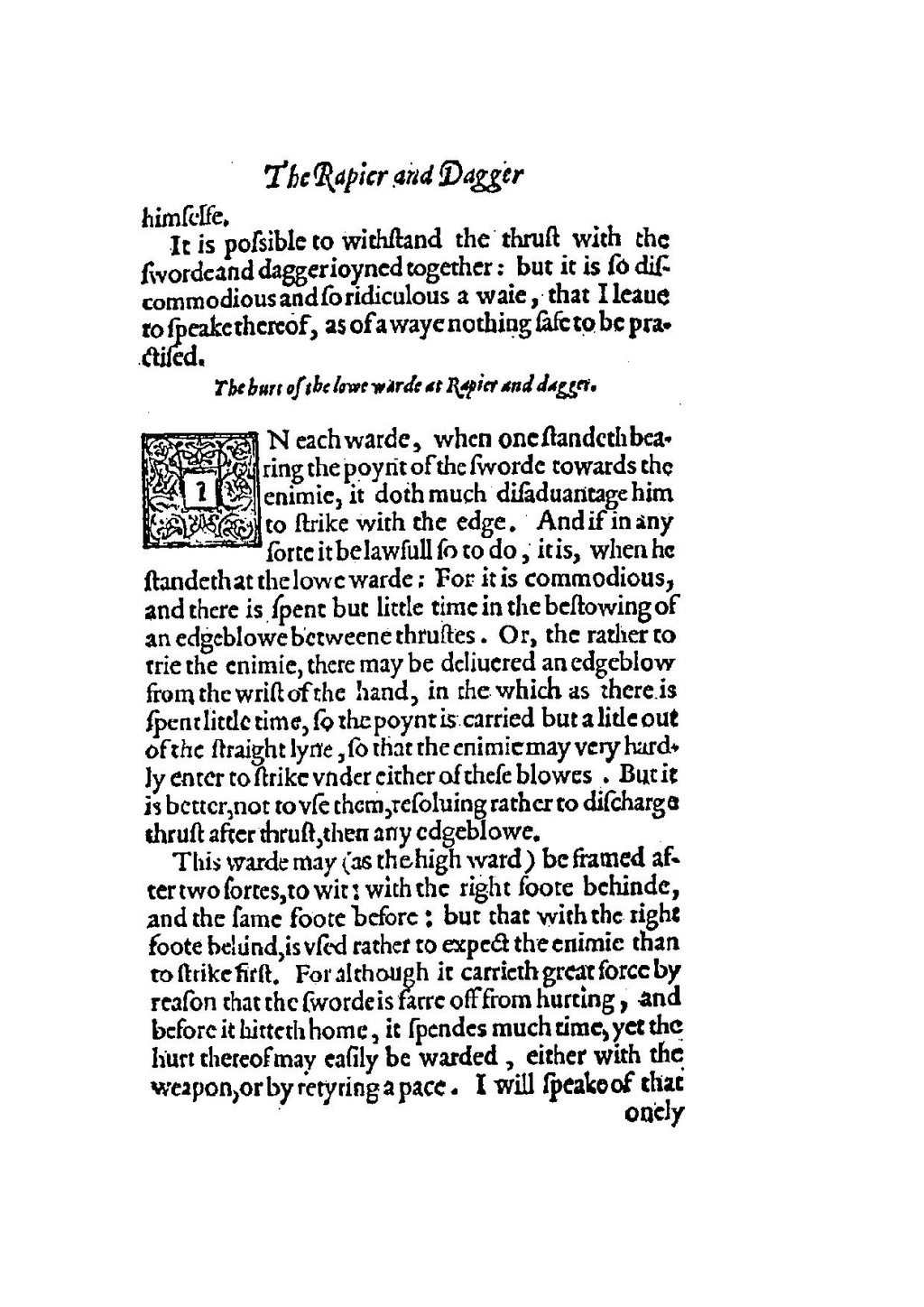