warded with the sworde: For to lift the arme so high being burdened with the waight of the Cloak, which naturally draweth downwards, as it is a violent thing it is also perilous, least the arme be placed in steede of the Cloake, and so rest wounded, or lest the arme or Cloake be placed before the eyes, which by that meanes remaine blinded.

An Aduertisement concerning the warding and wrapping of the Cloake.

THere are two waies (in these daies) to wrappe the Cloake, the one is, when one hauing leasure taketh the Cloake by the cape or coller, and so fouldeth it once or twice about his arme: The other is, as often times it falleth out, when letting the Cloke fall downe from the shoulder, it is happelie taken by one side, & so is turned once or twice about the arme.

Nowe as concerning striking, a man ought in the handling of these weapons as he would strike, first to increase and carrie the one foote neere to the other, and then farther to increase a halfe, not a whole pace, as in other weapons: For at these weapons, it is daungerous least (making a whole pace) he entangle his foote or feete in the Cloake and fall downe therewith. And this must be taken heede of, in the first and second foulding, but principallie in the second, because in it the Cloake is longer, and therefore doth more easilie touch the earth & intangle his feet: In the first fold, although the cloak touch not the earth, because the arme doth orderlie beare it, yet by reason of werines, the arme falleth & causeth the foresaid effect. 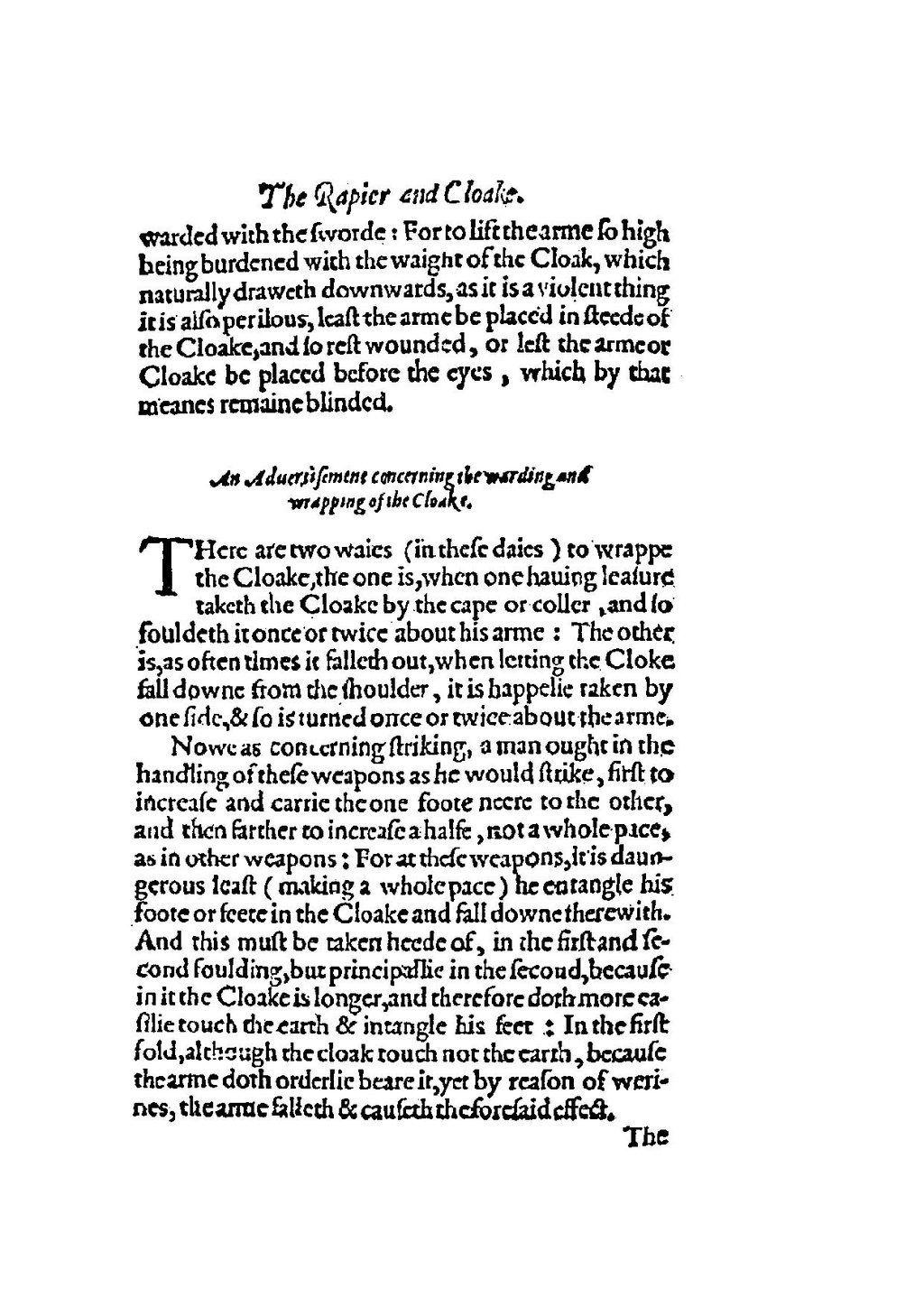