Therefore standing at this warde, whether it be with the right foote before or behinde, he may deliuer a thrust with the encrease of a halfe pace forwards, staying himselfe in the lowe warde.

The right edgeblowe ought to be deliuered from the wrist without any motion of the feete, resting in the lowe warde: but in deliuering of the reuerse, it is necessarie to fetch a whole pace, and in a manner straight. If the enimie warde it with his sworde, then the encounter of the enimies sworde, must be stayed suddenly with the Cloake-hand in the first part thereof, and a thrust be deliuered vnderneath, with the encrease of a straight pace.

The defence of the thrust, right and reuersed blowes of the high warde at Rapier and Cloake.

FOr the better auoyding of the hurts which proceede from the high warde: it is necessarie to stande at the lowe warde, in the which the thrust is to be warded iiij. manner of waies, to wit: either with the single sworde within and without, either with the single Cloake within and without. If with the single sword within, it is requisite to fetch a compas with the foot backwards on the right side. In like case to turne the bodie the same waie, to the intent, to carrie it out of the straight lyne (in which the blowe commeth) and to driue a reuersed thrust at the face, the which thrust in such order deliuered is the longest that is, and such a one, as thereby the hurt is not onely voyded, but also at the selfe same time, the enimie is stroken in the face. If it chaunce, that the sworde be encountred without 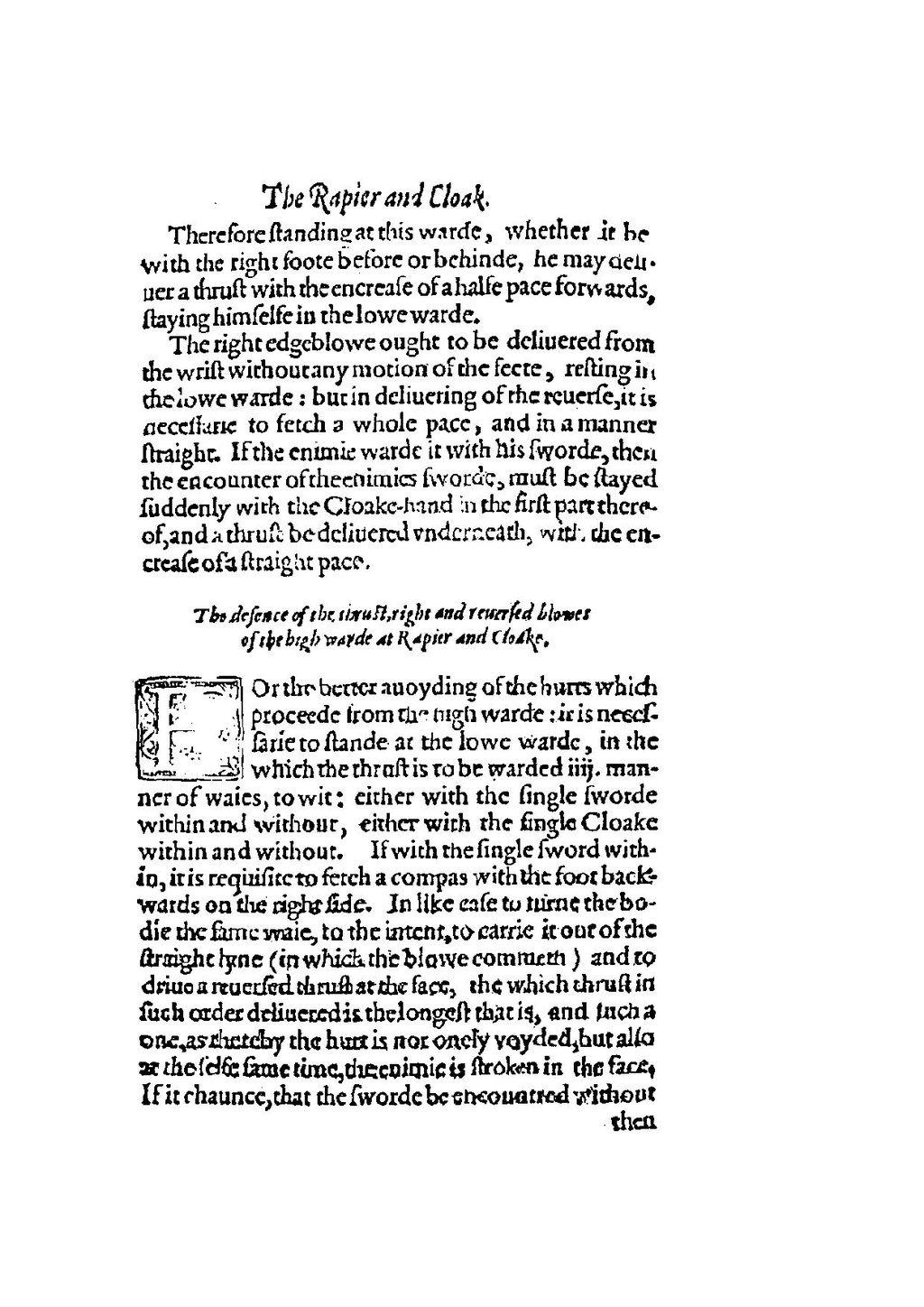