The defence of the lowe warde, at Sword & buckler.

FOr the defence of all these thrusts, it is necessarie that he stand at the lowe warde, & standing therat, whilest the thrust cometh which is deliuered with the right foote behinde, he shal do no other, than in the selfesame time, deliuer a thrust at the thigh or brest, turning the hilte of his sword against the enimies sworde, & compassing his hinder foot, withal bearing his body out of the straite line, in which the enimie striketh. And this maner of warding doth not only defend, but also safely hurt.

For the defence of the other two thrustes, the one within, & the other without, a man must take great heede, and it is verie necessarie that as the enimie encreaseth (pretending to strike safely) he carrie a slope pace with the left foot & deliuer a thrust aboue hand, 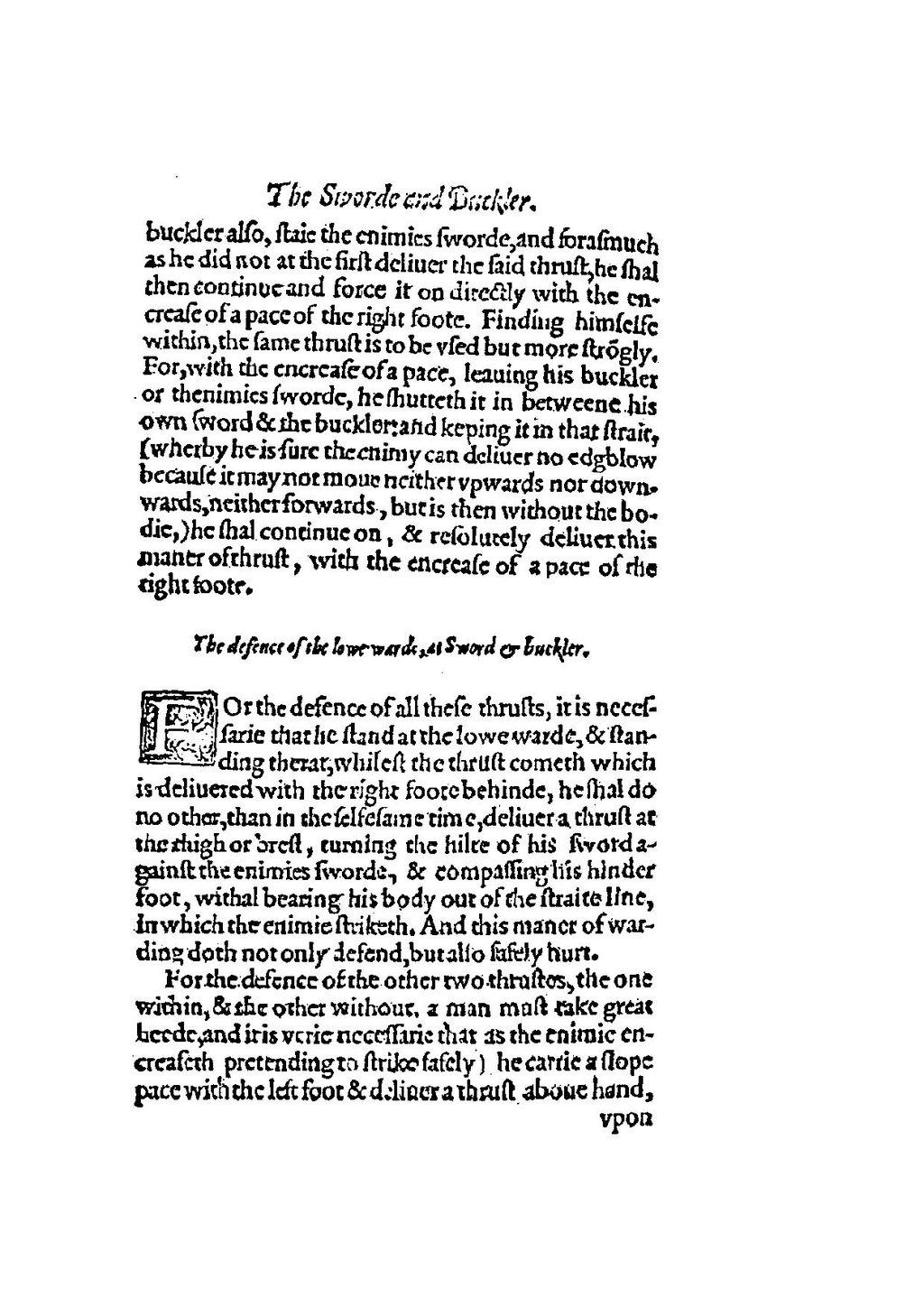