he shall proceede first to carrie his hinder foote a halfe pace forwardes, and then to driue it on with the encrease of another halfe pace of the right foote, staying himselfe in the broad warde.

The defence of the broad warde at Sword and Buckler.

AGainst the thrust of the broad warde, the Buckler is to be opposed, standing at the lowe warde. And when the enimie commeth resolutely to thrust, then without warding it at all, he shall driue a thrust at the face, carrying the hinder foote in a compasse towards the right side aswell to lengthen the thrust, as also to carrie himselfe out of the straight lyne, in the which the enimie commeth resolued to strike, who, by this manner of thrust is easily hurt.

The hurt of the lowe warde at Sworde and Buckler. 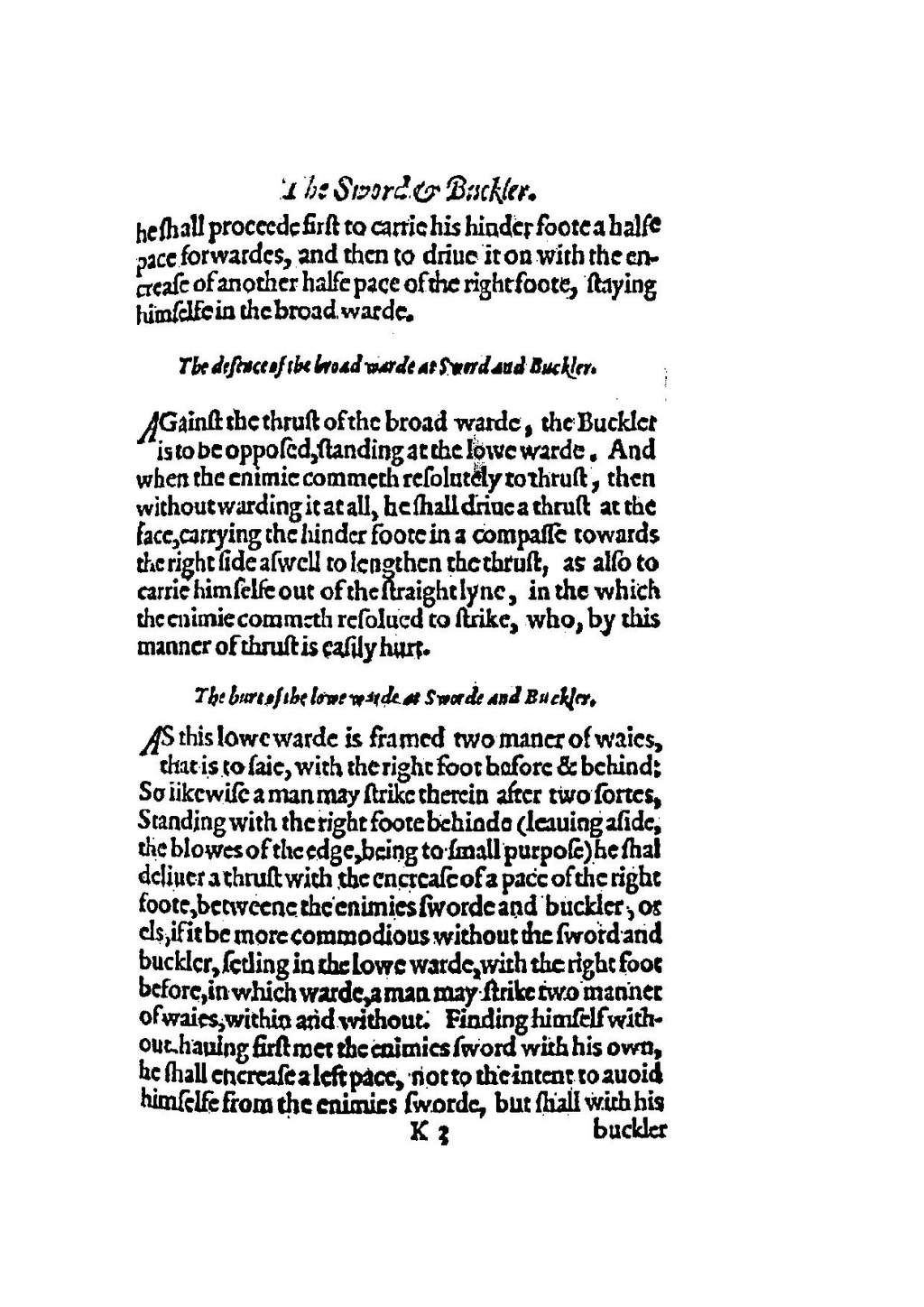