Others, who esteemed the forme & bignes thereof, because it seemed vnto them that the Target without any other motion was most apt of it selfe to ward all that parte of the bodie which is betwixt the neck & and the thigh, bare it with their arme drawne backe close to their brest. The which opinion, I meane not at this present to confute, forasmuch as by the shewing of mine owne opinion, it shall appeare how mightily they were deceiued in the holding thereof, from the true holding whereof springeth all the profite which his forme and bignes doth giue it.

The manner how to holde the square Target.

BEing desirous to beare great respect aswel to all the qualities of this Target (which are, the forme, the bignesse, and heauines) as vnto that wherwith it may either helpe or hurt, I saie (if a man woulde that the fourme thereof do bring him profit without hurt) it is to be holden with the high poynt therof vpwards respecting the head: the parte opposit, the low partes of the bodie: the right parte therof, the right side, and the left, the left side: from this manner of bearing spring these aduantages. First, a man may more easily see his enimie, and view what he doth by the point of the corner, which is on the one side, and that is by the high point, by which, if he woulde beholde his enimie, from the head to the feete, it is requisite that he carrie his Target, so lowe, that he discouer not too much of his bodie which is aboue it: to the warding whereof he cannot come againe, but discommodiously, and in long time.

Besides, the said commoditie of beholding the eni- 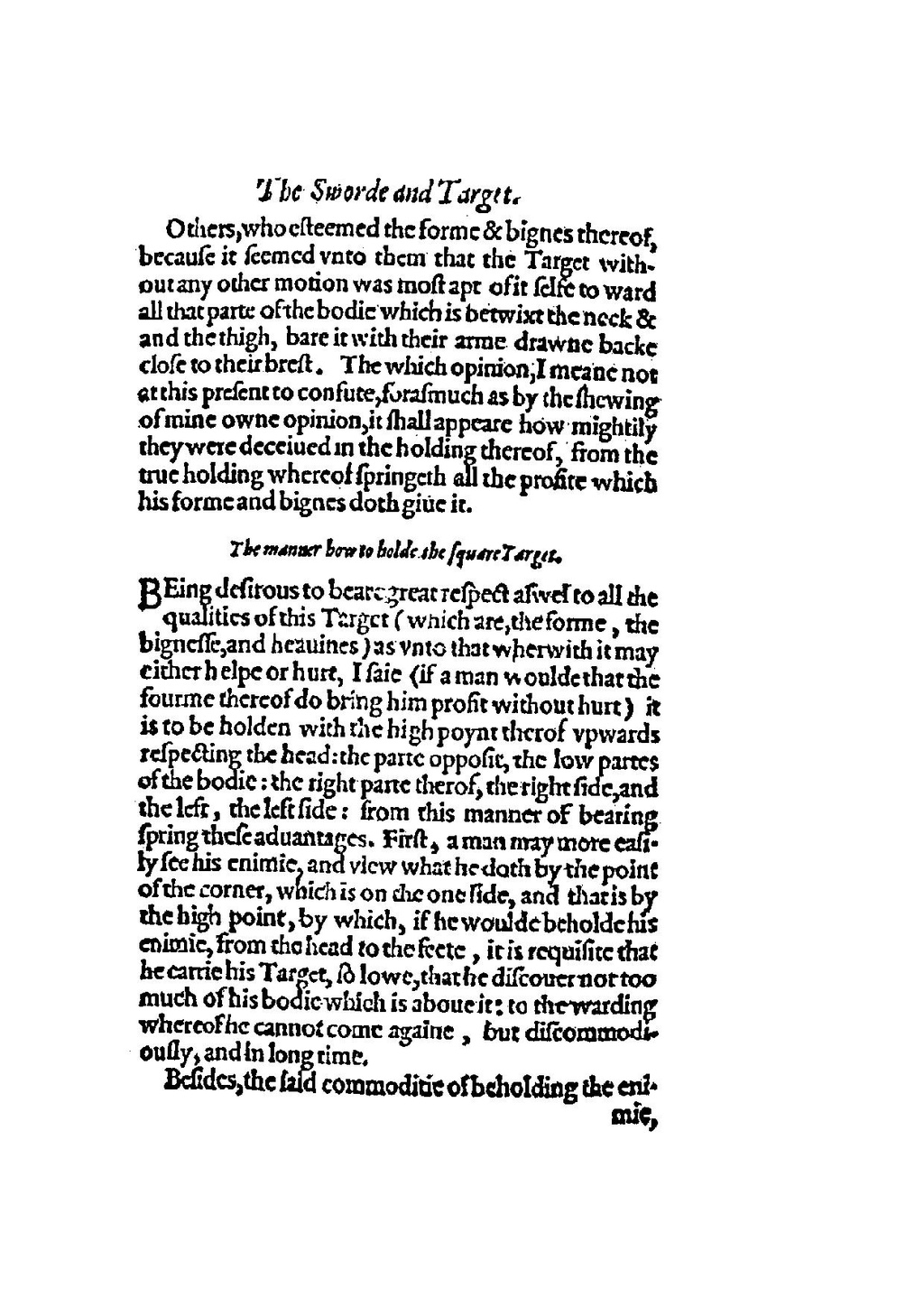