mie, there is also another that is of warding: For the Target being borne after this manner (framing a triangle) the sharpe corner thereof respecteth the forehead, and the sides thereof so spread themselues, that through the least motion, any bigg man whosoeuer, may stand safe behind them. And if blowes come at the head, be they thrustes or edgeblows, al of them light vpon one of the saide sides, behinde which standeth the head safe without hindering of the eyesight. The other two sides of the Target, right, & left, with verie small motion, warde the right and left side of the bodie, in such sort, that a man may also draw back his arme: For the left side of the Target wardeth the elbowe, which it doth not do, when the high side thereof is carried equall. To conclude therefore, that in holding the Target, his bignes may the better warde, for the causes aboue said being superfluous to be repeated againe, I counsell, it to be holden with the arme stretched forth from the bodie, not accompting the heauines to be hurtfull, because a man continueth not long in so holding it: and if the too long holding be painfull, he may drawe back his arme, and rest him selfe. The better to do this and to be able to see the enimie, I saie, he shall hold it, his arme stertched out, with the high point outwards, respecting the forehed.

The hurt of the high warde, at Sworde & square Target.

MAnie Deceites, Falses, and Wardes, may bee practised in the handling of these weapons: All which I reserue to the treatise of Deceite or falsing, as vnto his pro- 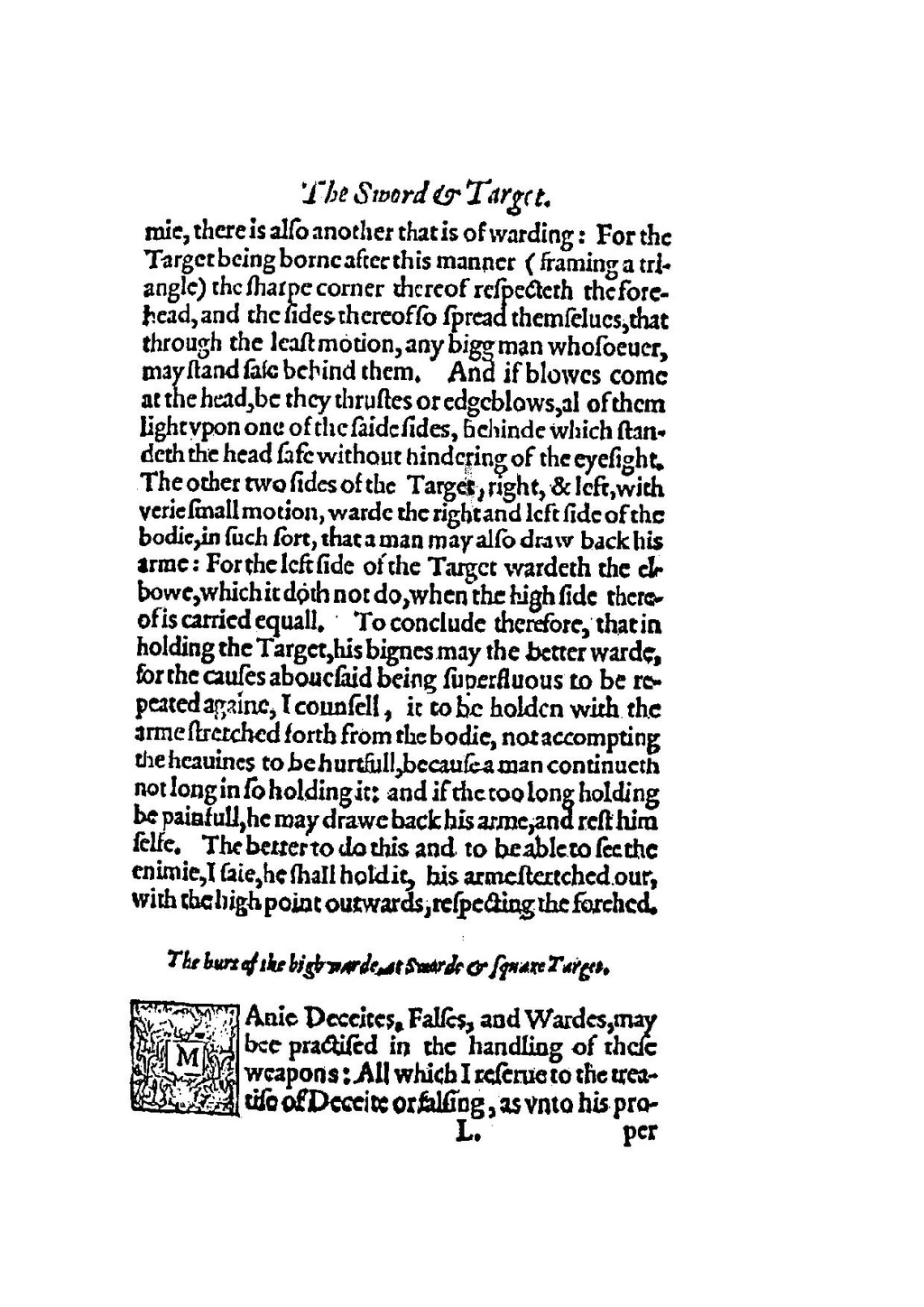