And therefore, when one woulde strike the enimie standing at the locke or lowe warde, he must remember that he approch as neere him as he may possible: and being so neere, that with his Target put forth one handfull more forwards, he may beate awaie the enimies sworde, then by so beating of it, he shal encrease a left pace, and presently after it, with the increase of a pace of the right foote, deliuer him a thrust, if it so chaunce that at the first encounter he strake him not strongly.

The defence of the broad warde, at Sworde and Square Target.

STanding at the lowe ward, one may warde and defend the thrust of the broad warde, diuers waies, among all which, there is one waie, verie easie and sure and thus it is.

For the defence of this thrust, it is necessarie, that he stande at the lowe warde, his sword and arme being in their proper place: and that with his Target something stretched out from his bodie, he prouoke the enimie, who being determined in himselfe, and comming resolutely to giue a thrust, hee then ought with the increase of a pace of the right foote, to strike the enimie with a lowe thrust, vnderneath both his owne and his enimies Target.

Of the hurt of the lowe warde, at Sworde and Square Target.

THere are manie blowes to be bestowed, standing at the lowe warde, all which I esteeme as vaine & to no purpose, considering the manifold and abundant defence of the Target. Therefore I will restraine my 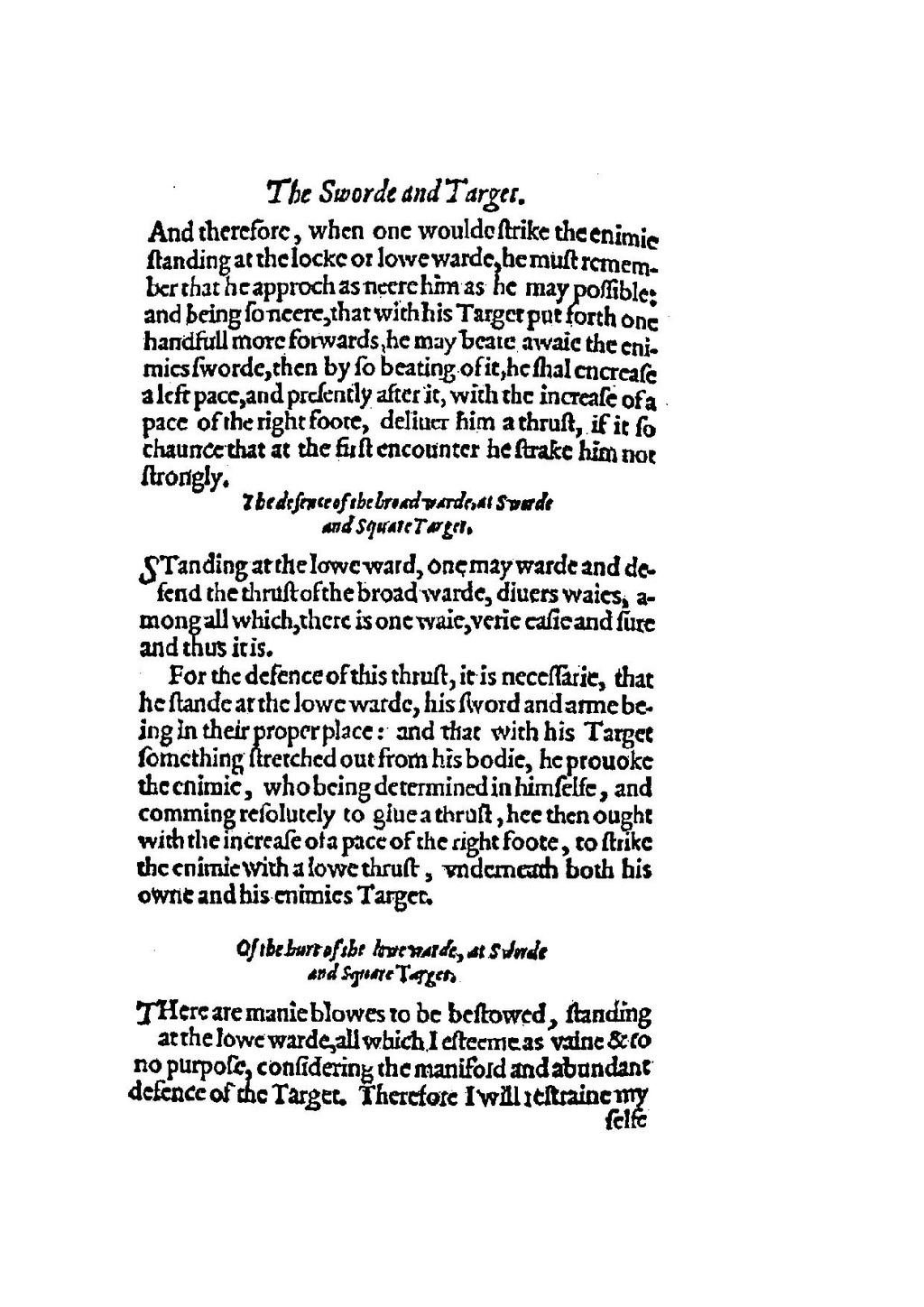