selfe vnto two onely which are verie strong and hardly to be warded. And they are two thrustes, the one within, the other without, with the right foote both before and behinde.

When one findeth himselfe within, with his right foote before, and so neere his enimie, that by the increase of a left pace, he may with the right side of his Target, beate awaie the enimies sworde in the middle thereof, then he ought nimblie to encrease that lefte pace, and (closing in the enimies sworde between his Target and his owne sworde) to deliuer a forcible thrust at the thighes, with the encrease of a pace of the right foote. He may also do the verie selfesame when he findeth himselfe to stande with his right foote behinde, but then he must farther increase a pace of the right foote first, and then continuing still force his sworde and paces directly onwards, if he hit not the enimie as he would at the first.

But if it chaunce that he finde himselfe without, then he must (hauing first found out fit opportunitie to beate off the enimies sworde with his Target) encrease a left pace, and placing the high side of his Target vnder the enimies sworde, and his owne sworde vpon it closing it in, in the middle, encrease a pace of the right foote, and discharge a forcible thrust, at the brest or face. And he may do the selfe same, when he standeth with the right foote behind.

Of the defence of the high warde at Sworde and square Target.

FOr the warding of those two thrustes of the lowe warde, it is necessarie, that a man stande at the same 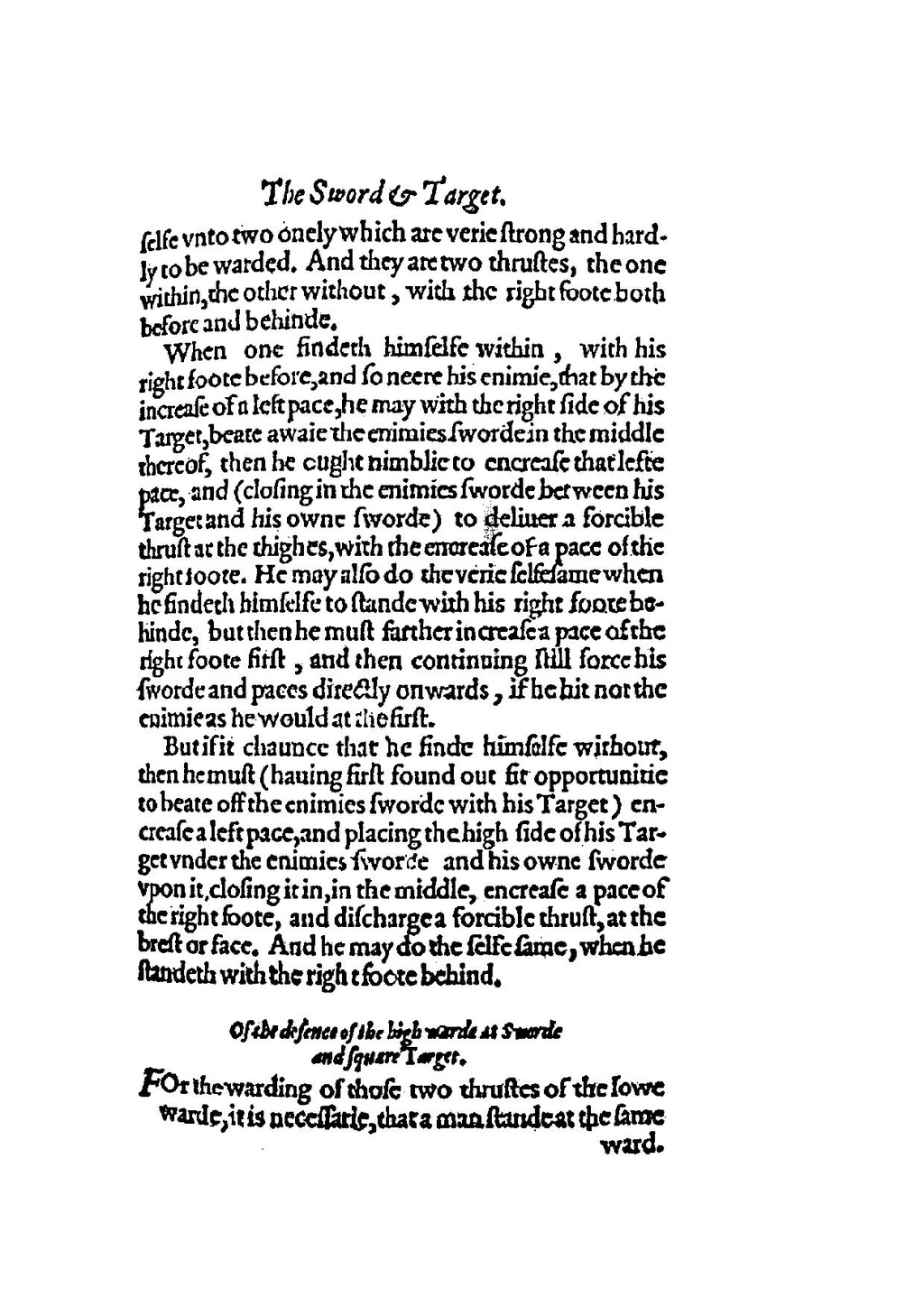