in all, they are sixe. I will lay downe but three, because they differ not from the other three, but onelie in the hand and foote, which must be placed before, so that they are the selfe same, for I haue alreadie presupposed, that he who taketh vpon him to handle these weapons, can aswell vse the one hand, as he can the other. He may therefore finde himselfe to stand with his right fooote before and within, (I vnderstand by within, when he beareth one of his swordes betwene both his enimies swordes, and likewise when the enimie carieth one of his, betwene the other two. Yt is likewise true, that this also may be said within, to witt, when both weapons are borne in the middle betweene the other two. But I suppose no man so foolish, who handling these weapons, will suffer both his swordes to be without, being a verie vnsure ward whereof I leaue to speake.

That therefore, which he is to do, (finding himselfe with both his rapiers below, & within, with his right foote before, after the said first way of being within) shalbe, that marking when he may close in the enimies Rapier, betwene the which the enimies rapier shall be so shut in and barred, that it may do no hurt, and one of the two Rapiers, that is to say, the right Rapier shall passe vnder the enimies rapier, and thurst safelie. And his other Rapier albeit, it may thrust directly, yet (for the better sauing of himselfe, from the enimies other Rapier that is at libertie) he shall beare it somewhat abasing his hand, with the point vpwardes, the which point shall sauegarde him, from the enimies said Rapier, although this last note, be superfluous. For seeing the enimie must ward himselfe 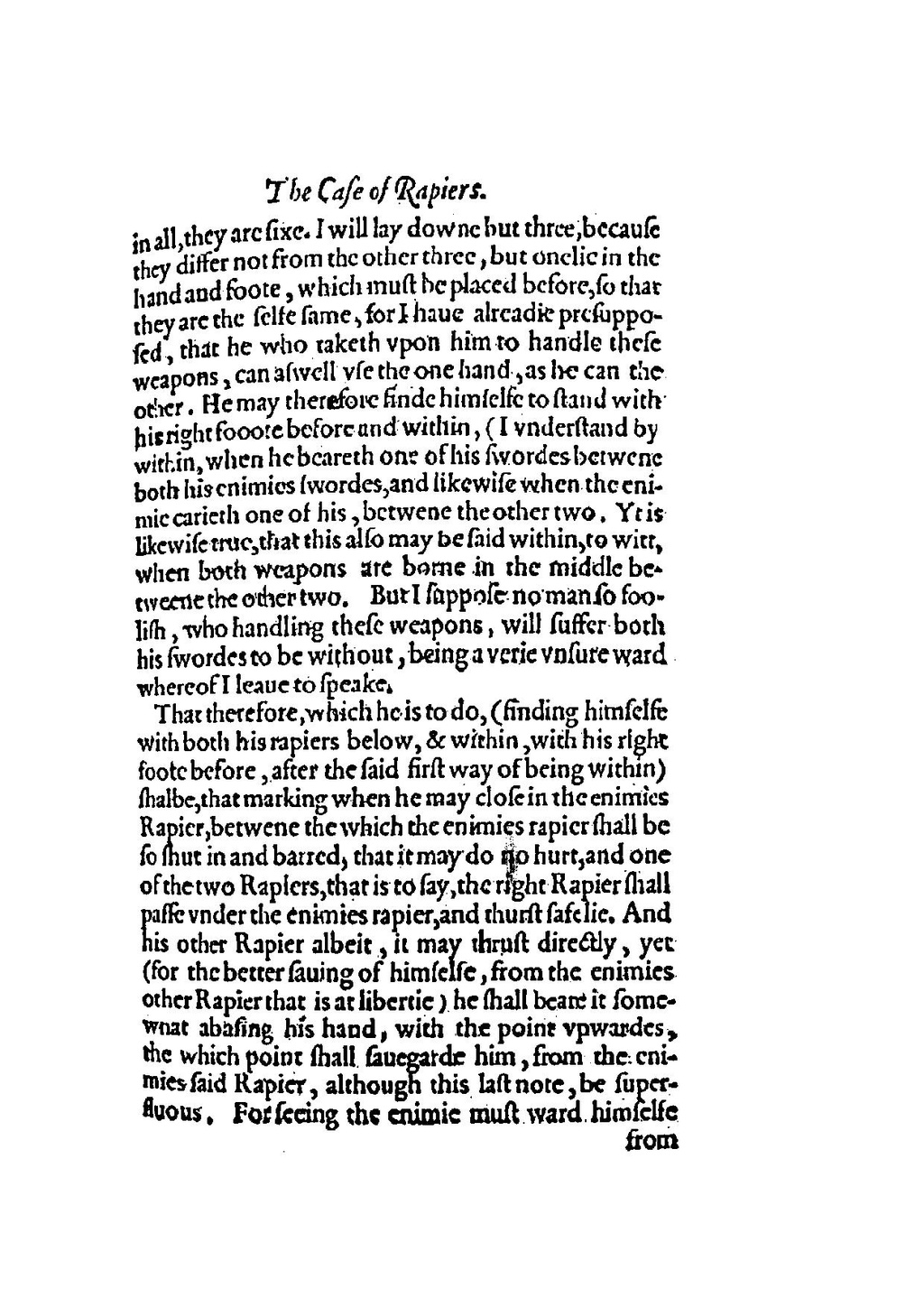