from the thrust that hurteth him, he hath no leasure, nor happilie mindeth to strike, but onely to defend himselfe, either by voyding his bodie, or els by some other shift, which he shall then find out.

The waie of warding without, may strike directlie after two waies: The first, by beating off the enimies Rapier, with his owne that is before, and by deliuering a thrust, either at the brest or head, with the Rapier that is behinde, increasing therwithall a slope pace, and setling himselfe in the low ward, with his left foote before.

The second is, by taking oportunitie, which he may do, if he be nimble. And he ought with the increase of a slope pace, to driue the point of his former Rapyer directlie towards the enimie, and aboue the enimies Rapier. And his other owne rapier, which before the increase was behind, he must force on, vnder the enimies rapier. And thus, not giuing ouer, these two thrusts must be stronglie and nimblie driuen towards the enimie, by meanes whereof being ouertaken, the enimie hath no other remedie to safe himselfe, then to retire backe: for he may not come forwardes, but he must runne himselfe vpon the weapons, and that he will not doe. So then, the enimie retiring himselfe may be followed, as farre as the increase of the right foote will beare, then, setling in the low ward.

Of the defence of the low ward at the two Rapyers.

AL three thrusts of the low ward, by standing at the same ward, may easilie be warded, and that after one maner. If a man remember first to void his bodie from hurt, by the increase of a pace, that is verie slope, 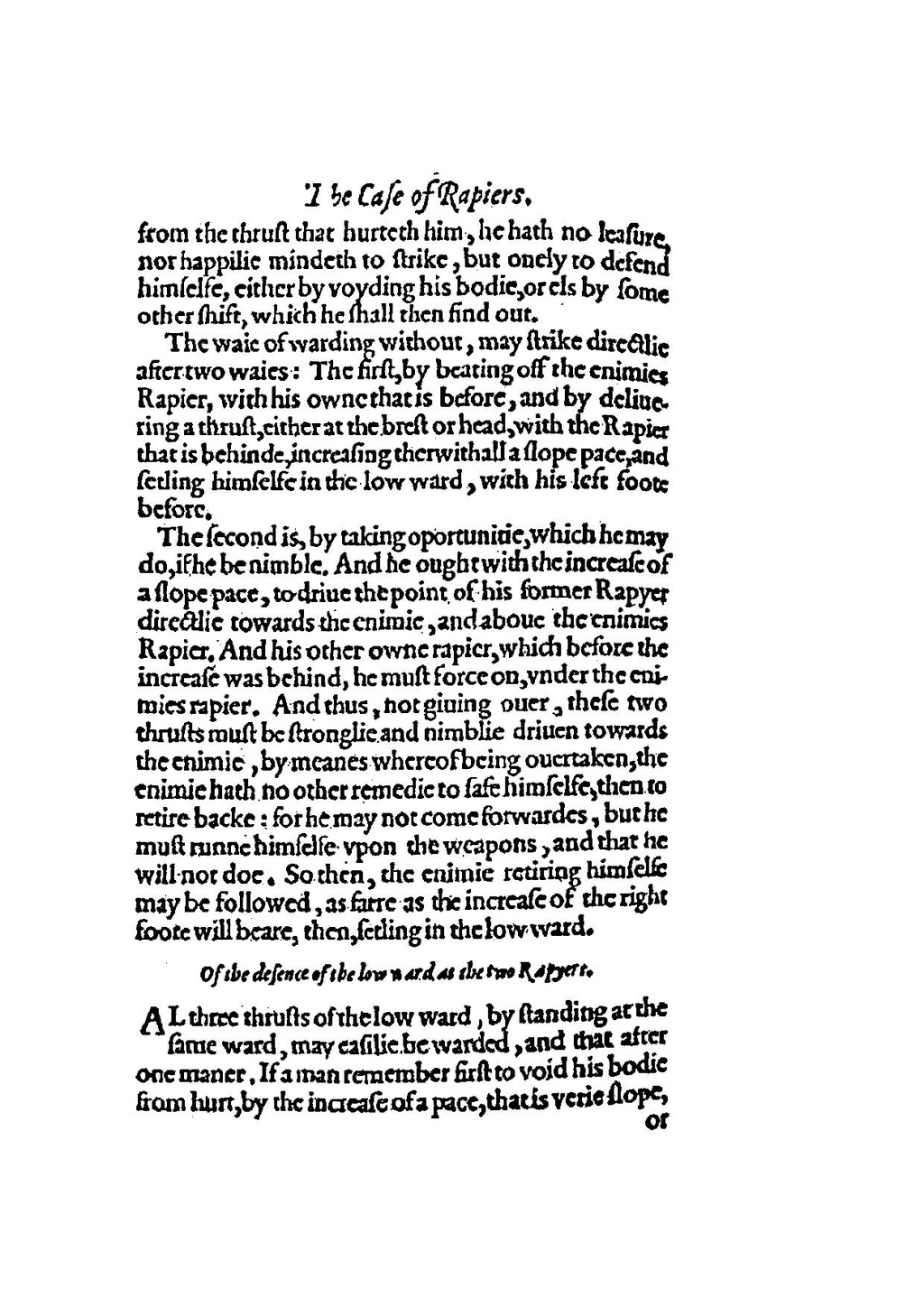