or crooked, either before the enimie commeth thrusting, either as soone as he moueth himselfe for the same purpose, or if he be actiue and nimble to trauerse, and in defending himselfe to strike the enimie.

Therfore when any of the same three thrusts come, and before he perceiueth his Rapier to be closed, and barred in, he shall moue a slope pace, to th'entent to auoid himselfe from hurt, and with his Rapier, which is at libertie, he shall go forwards and deliuer a thrust at the enimies face, which thrust, doth surelie speede, if he be resolute to enter.

Of the Two hand Sword.

THE two hand Sword, as it is vsed now a daies being fower handfulls in the handle, or more, hauing also the great crosse, was found out, to the end it should be handled one to one at an equall match, as other weapons, of which I haue intreated. But because one may with it (as a galleon, among many gallies) resist many Swordes, or other weapons: Therefore in the warres, it is vsed to be placed neere vnto the Ensigne or Auncient, for the defence thereof, because, being of it selfe hable to contend with manie, it may the better sauegard the same. And it is accustomed to be carried in the Citie, aswell by night as by day, when it so chaunceth that a few are constrayned to withstand a great manie. And because his waight and bignes, requiers great strength, therefore those onelie are allotted to the handling thereof, which are mightie and bigge to behould, great and stronge in bodie, of stoute and valiant courage. 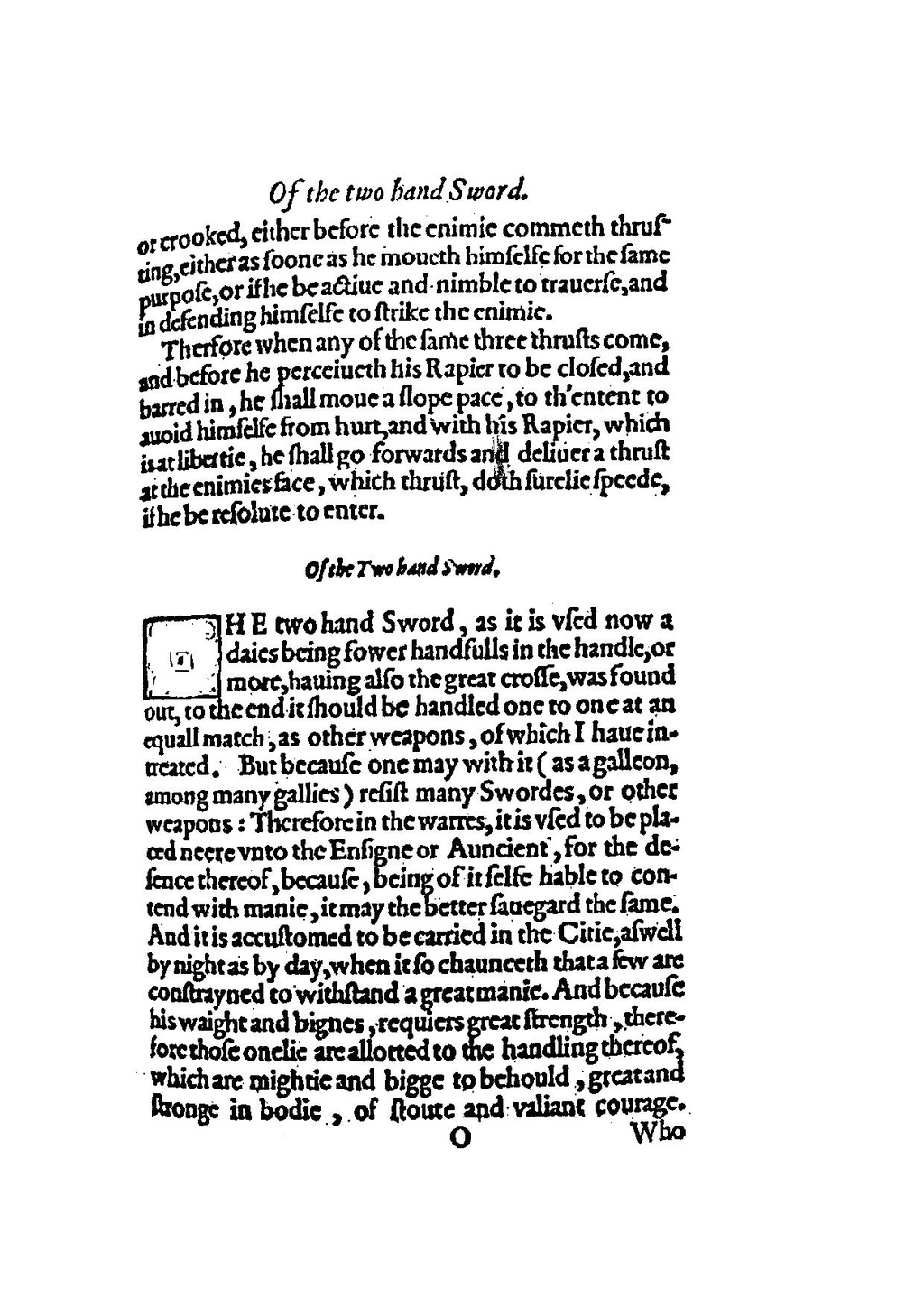