Who (forasmuch as they are to incounter manie, and to the end they may strike the more safelie, and amase them with the furie of the Sword) do altogether vse to deliuer great edge blowes, downe right and reuersed, fetching a full circle, or compasse therin, staying them selues sometimes vpon one foote, sometimes on the other, vtterlie neglecting to thrust, and perswading themselues, that the thrust serueth to amaze one man onelie, but those edge blowes are of force to incounter many. The which maner of skirmishing, besides that, it is most gallant to behold, being accompanied with exceeding swiftnes in deliuerie, (for otherwise it worketh no such effect) it is also most profitable, not properly of it selfe, but because men considering the furie of the sword, which greatly amaseth them, are not resolute to do that, which otherwise they could not choose but doe. That is, either to incounter the sword in the middle towardes the handle, when it carieth small force, or els to stand far off, watching whilest the sword goeth, & is caried compassing in his great cirkle, being of the compasse of tenne armes, or more, & then to run vnder it, and deliuer a thrust. And these two waies are effectual, when such men are mett withall, who are exercised to enter nimblie and strike, or such as dare, and haue the spirit & courage, to set, and oppose themselues single against the two hand sword, euen as the single two hand sword aduentureth to oppose it selfe against many. Neither is this thing to be maruailed at, for in these our daies, there be things performed of greater actiuitie & daunger. And there be some which dare do this with the sword and round Target, but yet they are not resolute to strike first, but will receaue and sustain 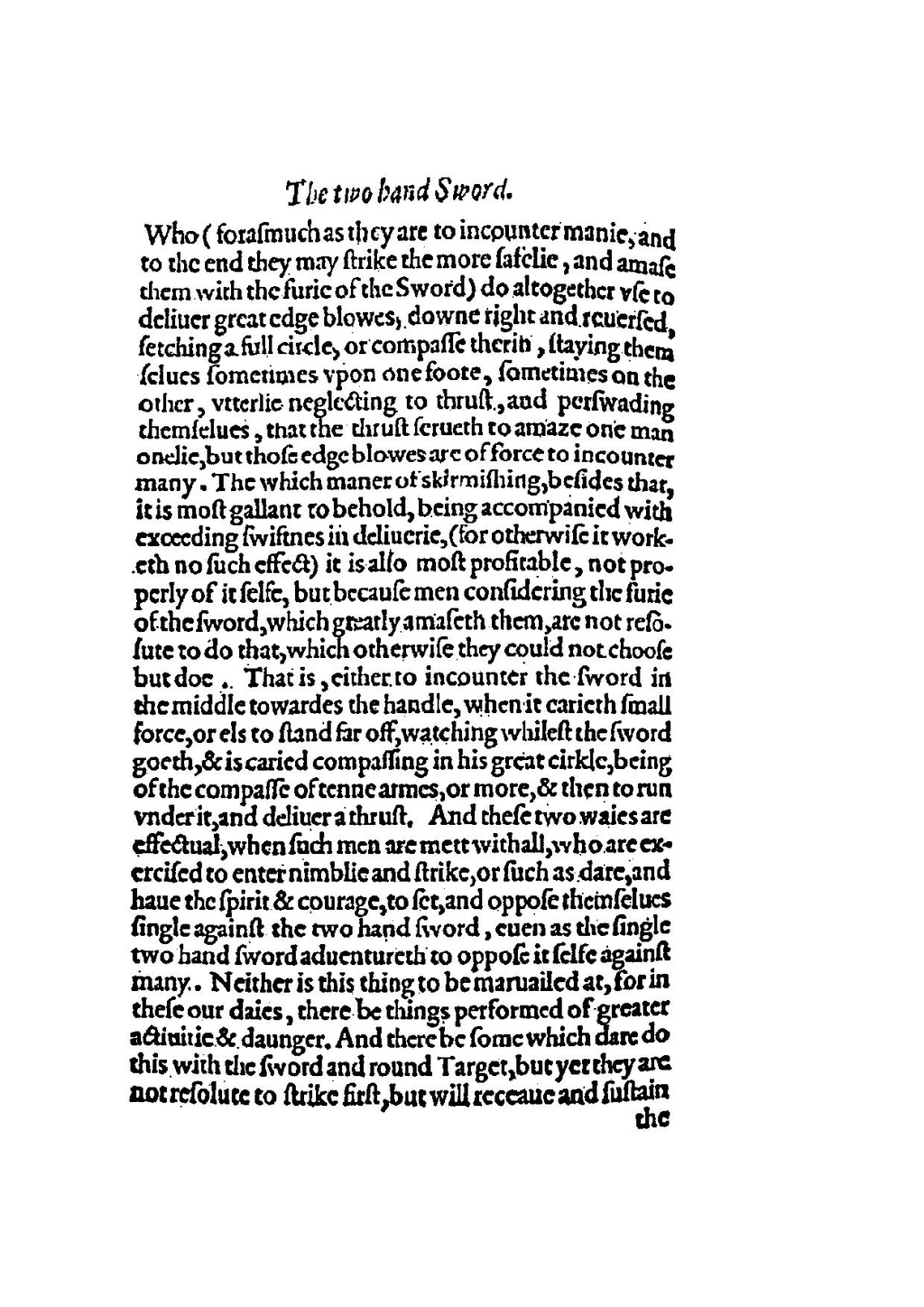