deliuer it strongly with his pommell hand, with the encrease of a pace. And this thrust doth safely speed. Neither is it to be doubted, that by holding the sword with one hand, the enimie may take holdfast therof, for he hath inough to do, to retyre himselfe, and ward the thrust, neither can he perfourme so many things in one time.

Of the weapons of the Staffe, namely, the Bill, the Partisan, the Holbert, and the Iauelin.

BEcause it may seeme strange vnto many, that I haue here placed these iiij. sortes of weapons together, as though I woulde frame but one only waie for the handling of all, although they differ in forme, from which form is gathered their difference in vse. Therefore, forasmuch as I am of opinion, that all of them may be handled in manner after one waye, it shall not be amisse, if I declare the reason thereof, speaking first of euery one seuerally by it selfe, and then generally of all togither, holding and maintaining alwaies for my conclusion, that the skill of handling of them, helpeth a man to the knowledge of all the rest, for as much as concerneth true Arte.

COmming therefore to the Partesan, as vnto the plainest, and as vnto that, whereupon all the rest depend, omitting to shewe who was the inuenter thereof, as being to small purpose: I saie, that it was 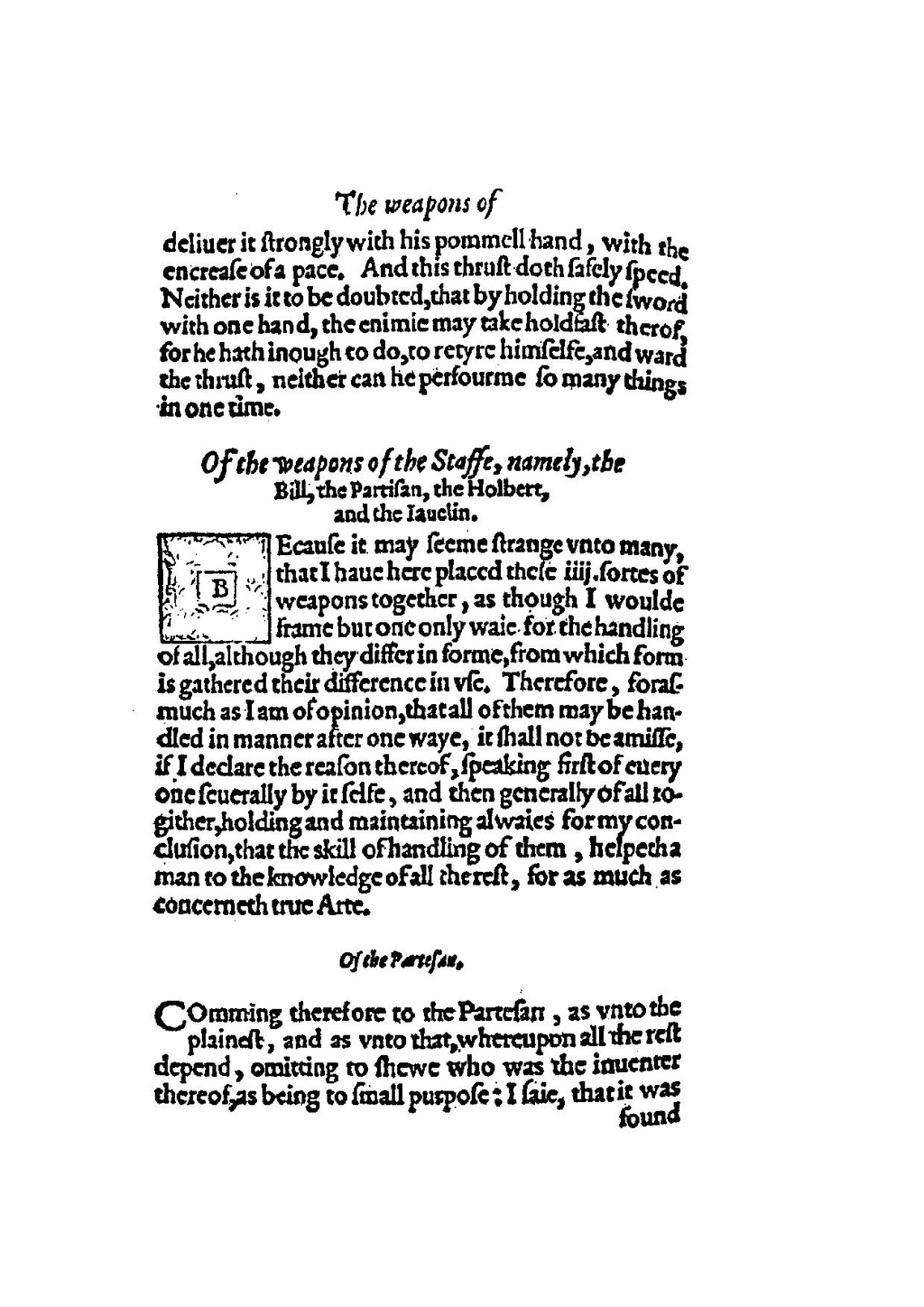