found out to no other end, then for that the foot men in the warres, might be able with them to hurt those horsemen (whome they might not reach with their swords) aswell with their point as with their edge. Further, weapons which are to be cast, or sprong forth at the length of the arme, are for the most part deceitfull, by meanes whereof, they might hurt aswell the Archers on horsebacke, as other horsemen.

Therefore, these Partesans were made bigg and of great paize, and of perfect good steele, to the end they might breake the maile and deuyde the Iron.

And that this is true, it is to be seene in the auncient weapons of this sort, which are great and so well tempered, that they are of force to cut any other Iron. Afterwardes, as men had considered, that as this weapon was only to strike, it might in some part thereof, haue aswell somthing to warde withall, whereby it might be said to be a perfect weapon, they deuised to add vnto it two crookes or forkes, by the which, that blow might be warded, which parting from the point and continuing downe along the staffe, would come to hurt the person. And these forkes, or (I may saie) these defences were by some men placed on that part of the Iron, which next adioyneth to the staffe, making them crooked & sharp, & a handfull long, & for the most part, with the pointes toward the enimie, to the end they might serue not only to defend, but also to strike. And to the end, the bignesse and weight of the Partesan, (which ought to be apt and commodious to be handled) might not be encreased, they diminished part of the Iron thereof, and gaue the same to the forkes or defences: And by that meanes they 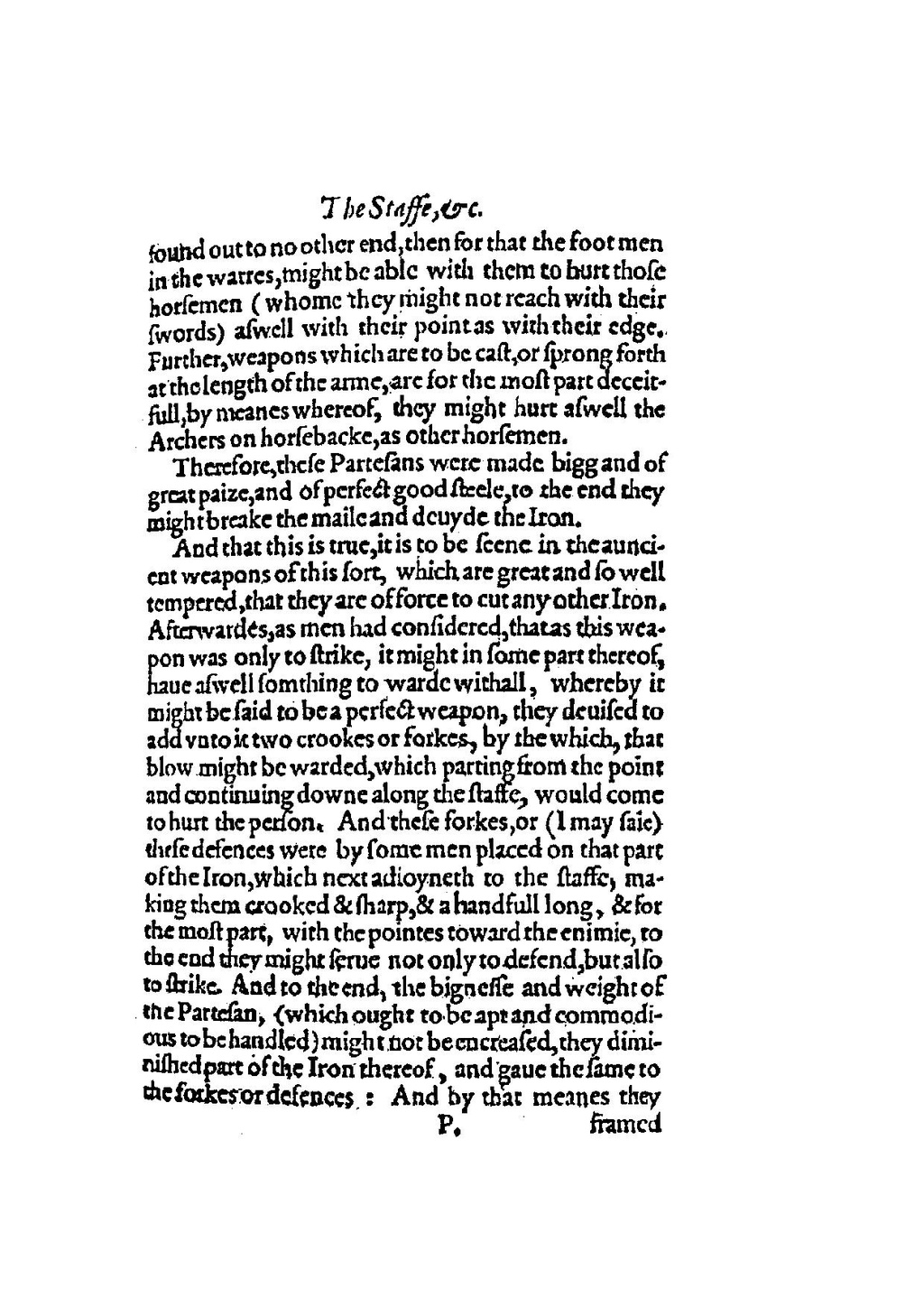