framed another weapon called a Iauelin, which (because the broadnes, and happily the weight and paize thereof is diminished) is not verie forcible to strike with the edge, but all his power consisteth in three thrustes. Othersome afterwards would not that these defēces should be placed at the lower-most part of the Iron, but in the middle thereof. And these men bearing great respect to the blowes of the edge, left the Iron which should serue for the defence behinde, in his bredth and waight, adioyning thereunto in the opposite parte of the right edge, a most sharpe point of Iron, to the end, that what way soeuer it were moued, it might strike and hurt. But if any man obiet & saie: if the said point of Iron were put there in respect of striking, they might also as well haue left there an edge, which being longer would strike more easily. I answere, that the blowes of the false (that is to saye, the hinder or backe edge of the weapon) are verie weake, and the point doth strike and hurt more easily then the edge. And therefore it was requisite that there be facilitie where there was weaknes. These men by these meanes framed the auncient weapon called the Holberd, out of the which, men of our age haue diriued & made another kind of Holberd & Bill. And these bearing also respect to some one profitable thing or other, did maintaine the defence, and encrease the hurting or offence. The respect was, that as they discoursed & pondred with themselues, at length they verie warily perceiued that a man with weapon in his hand, might make sixe motions, that is to saie, one towards the head, one towards the feete, one towardes the right side, one towards the left, one forwards & to- 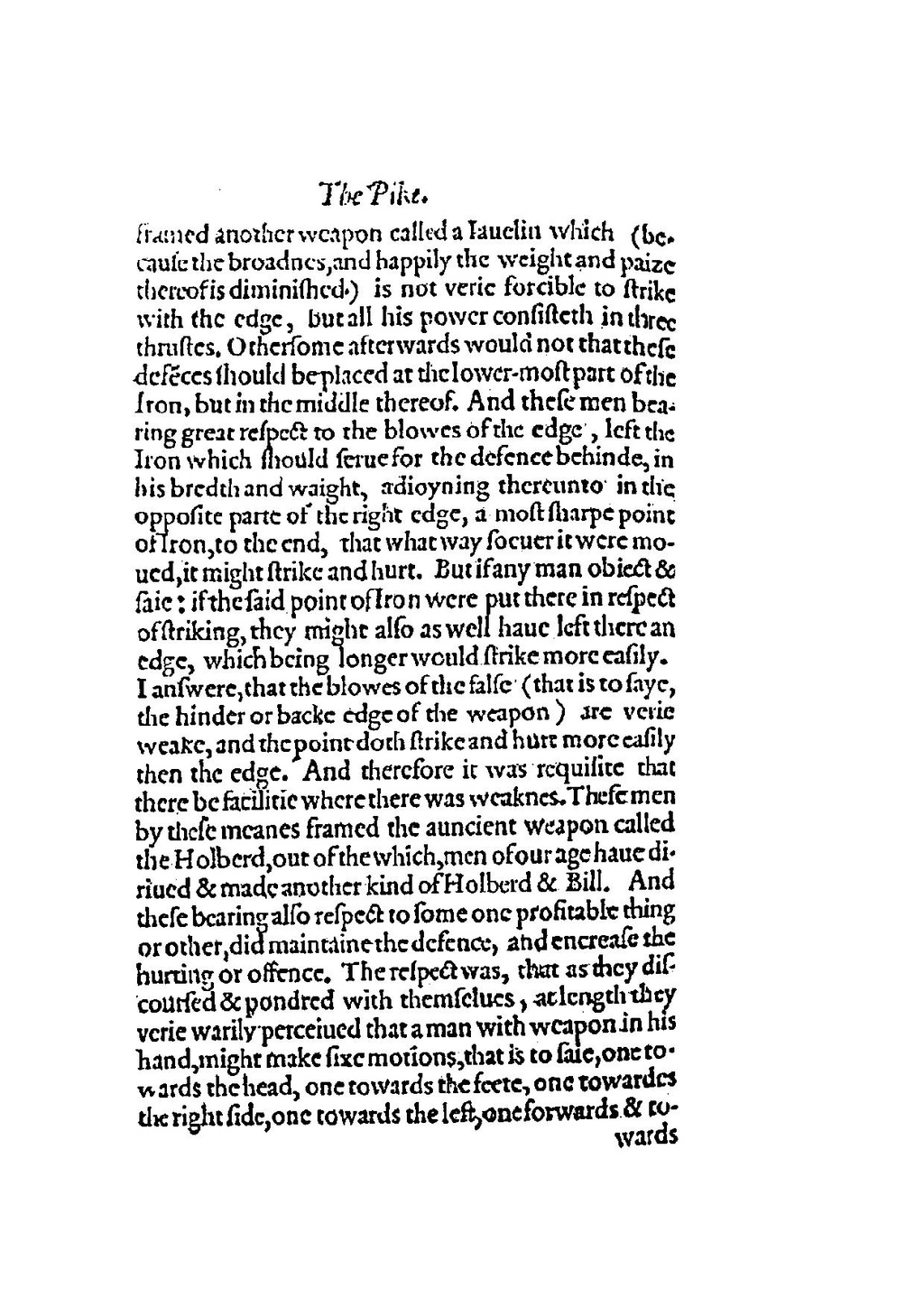