wards the enimie, the other backward & toward him selfe. Of all the which, fiue of them might verie well strike, & the last might neither strike nor defend. Ther fore, prouiding that this last motion also should not be idle & vnprofitable, they added a hook with the point turned towards the handle, with the which one might verie easily teare armour, & draw perforce men from their horses. Those, who framed the middle or meane Holbert, would that the said hooke should be placed in the safe or backer edge. And those that deuised the Bill, would haue it on the right edge, leauing the edge so long that the hook might not altogether hinder the blow of the edge, but rather (to the end the edg might make the greater effect) they would that the hooke shuld beare an edg & be cutting in euery part therof. Where I gather, that the Bil is the most perfect weapō of all others, because it striketh & hurteth in euery of these sixe motiōs, & his defences both cut & prick: which the new kind of Holbert doth not perform, being framed after the said fashion, & rather for lightnes aptnes & brauerie, then for that it carrieth any great profit with it: for the edge is not so apt to strike, & the point thereof is so weake, that hitting any hard thing, either it boweth or breaketh: neither is it much regarded in the warres, the Harquebush & the Pike being now adaies the strength of all armyes.

Hereby it may be gathered, that with the Partesan, a man may strike with the point & edge in fiue motions: with the Iauelin, with the point onely, & in such motions as it may: with the Holberd and Bill, both with the point and edge, in sixe motions. But because these weapons for the most part are exercised, 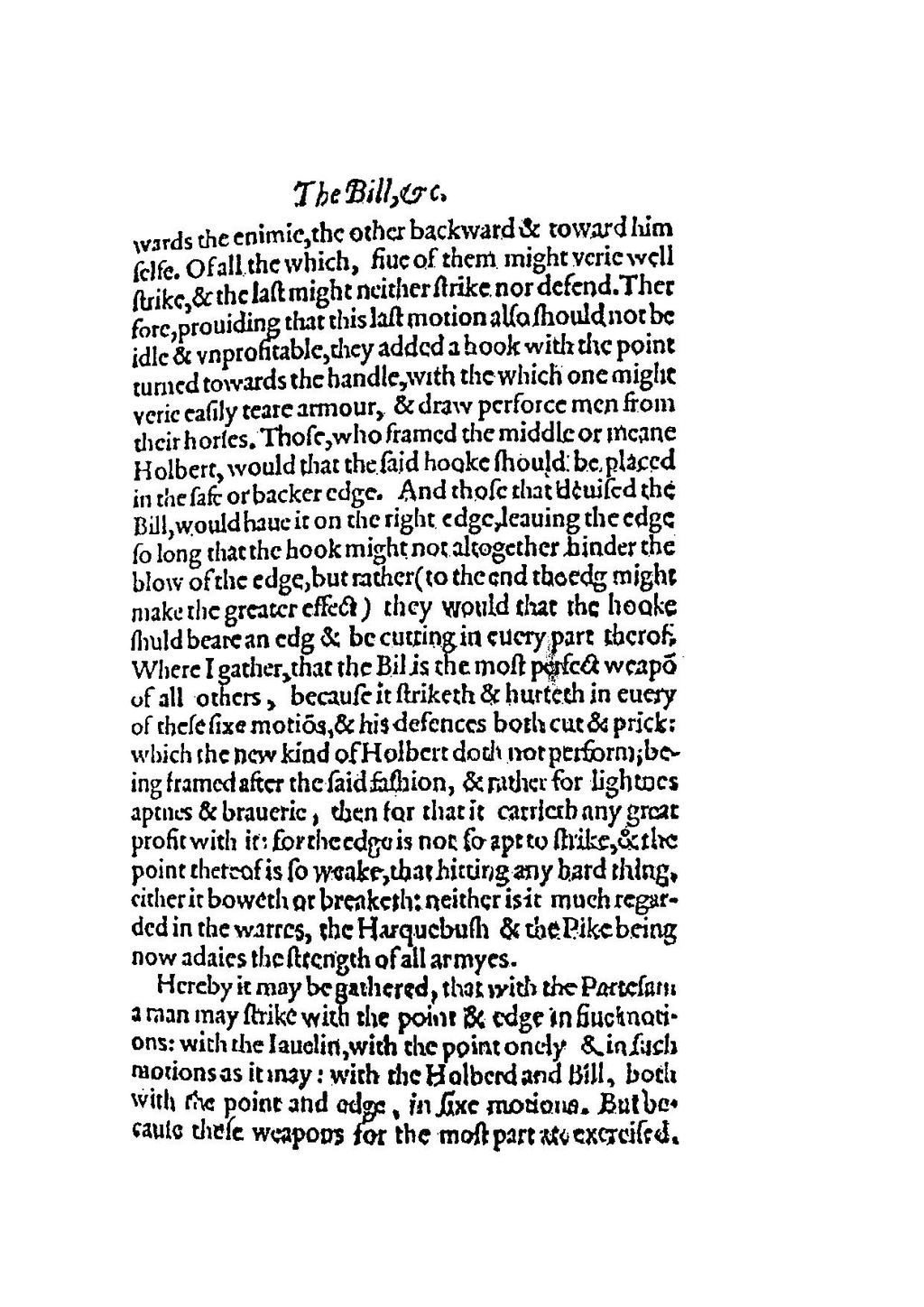