with his enimie, with whom he is at poynt to ioyne, but yet happelie weareth about him at that instant no kind of weapon, whereas his enimie is weaponed, & threatneth him, then by taking both sides of the cloake as neare the coller as is possible, he may draw it ouer his owne head, and throwe it at his enimies face, who then being in angled and blinded there with, may either be throwen downe, or disfurnished of his weapon very easely by him that is nimble, especially if he haue to deale against one that is slow. A man may after another manner take the aduantage of the cloake which the enimie weareth, by taking with one hande both sides thereof, neere the coller: which sides being strongly holden, cause the cloak to be a ginne or snare about the enimes necke, the which ginne being violently haled, and plucked with one hande, he may so forciblie strike him with the other on the face or visage, that he will goe neere hande to breake his necke.

There be manie other waies whereby one may preuaile with the cloake, to the greatest parte whereof, men of meane iudgment may easely attaine vnto. Therefore when one hath his cloake on his arme, and sword in his hand, the aduantage that he getteth therby, besides the warding of blowes, for that hath bene declared in the true arte is, that he may molest his enimie by falsing to fling his cloake, and then to flinge it in deed. But to false the flingyng of the clok is verie daungerous, because it may not be done but in long time. And the verie flinging of the cloake, is as it were a preparation to get the victorie, and is in a manner rather true art then deceit, cōsidering it is don by the 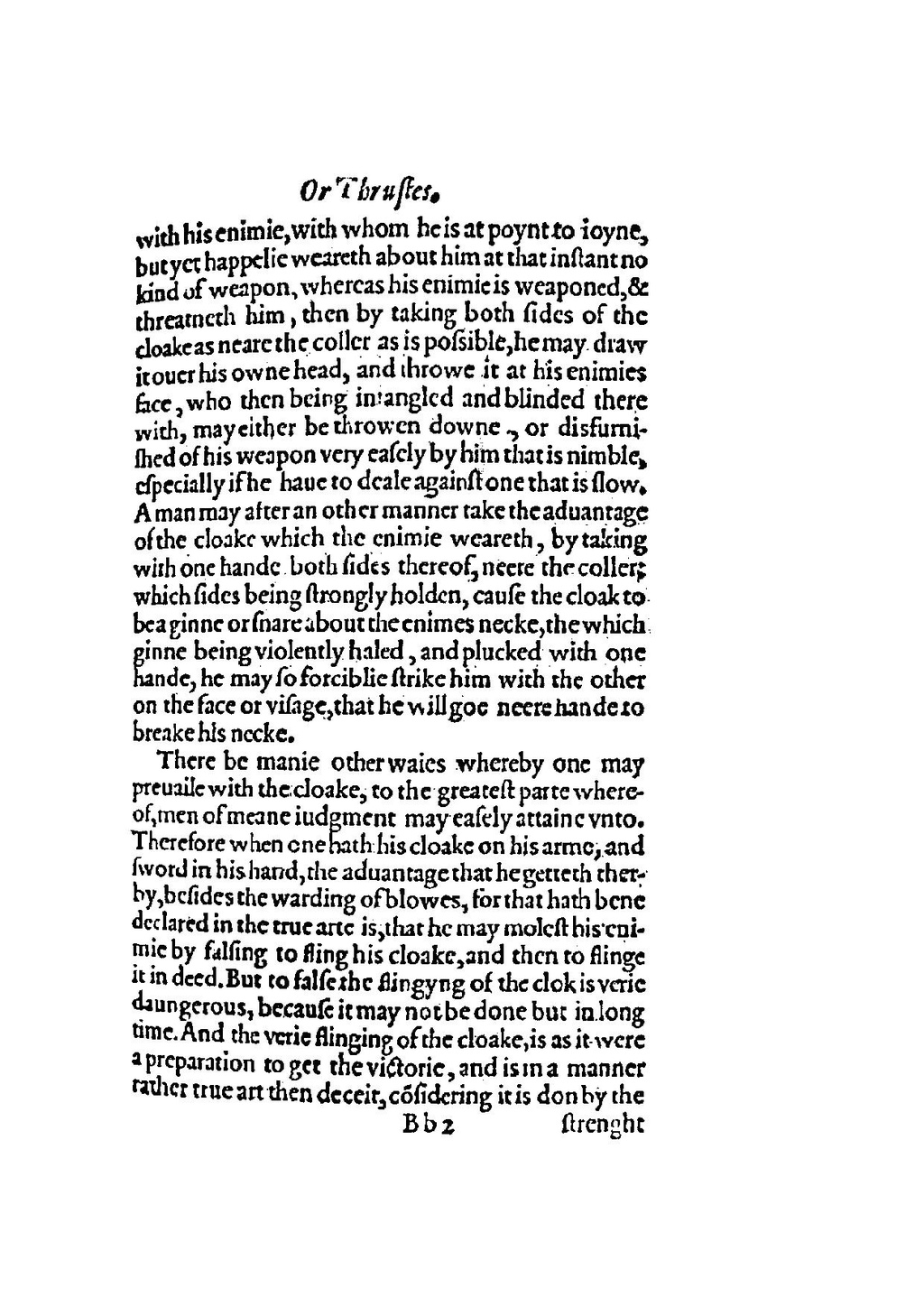