streyght or some other shorte line: neither for any other cause is this the rather here laide downe, in deceite, then before in true arte, then for that when one ouercometh by theis meanes, he seemes not to conquere manfully, because he strikes the enimie before blinded with the cloake. wherefore when one mindeth to flinge his cloake, he may either do it from and with his arme, or else with his sword: and in so doing it is necessarie, that he haue not the cloake too much wrapped about his arme: I saie, not aboue twice, neither to hold it streight or fast with his hande, that thereby he may be the better able when occasion serueth to fling it the more easelie. If therefore he would fling it with his arme, and haue it goe with such fury, and make such effect as is required, he must of force ioyne to the flinging thereof the increase of a pace, on that side where the cloake is, but first of all he must incounter, either finde, either so ensure the enimies sword, that by the meanes of the increase of that pace it may do no hurte.

And it is requisite in euerie occasion, that he finde himselfe to stand without: and when either an edgeblow or a thrust comes, be it aboue or in the middle, as soone as he hath warded it with his sword, he shall increase a pace and fling his cloake, how soeuer it be folded, either from the coller, either from any other parte, or else to hale it off from his shoulder, although it bee on his shoulder: and in this order it is easelie throwne, & is thereby the more widned in such sort, that the enimie is the more entangled and snared therewith.

Concerning the flinging of the cloake with the 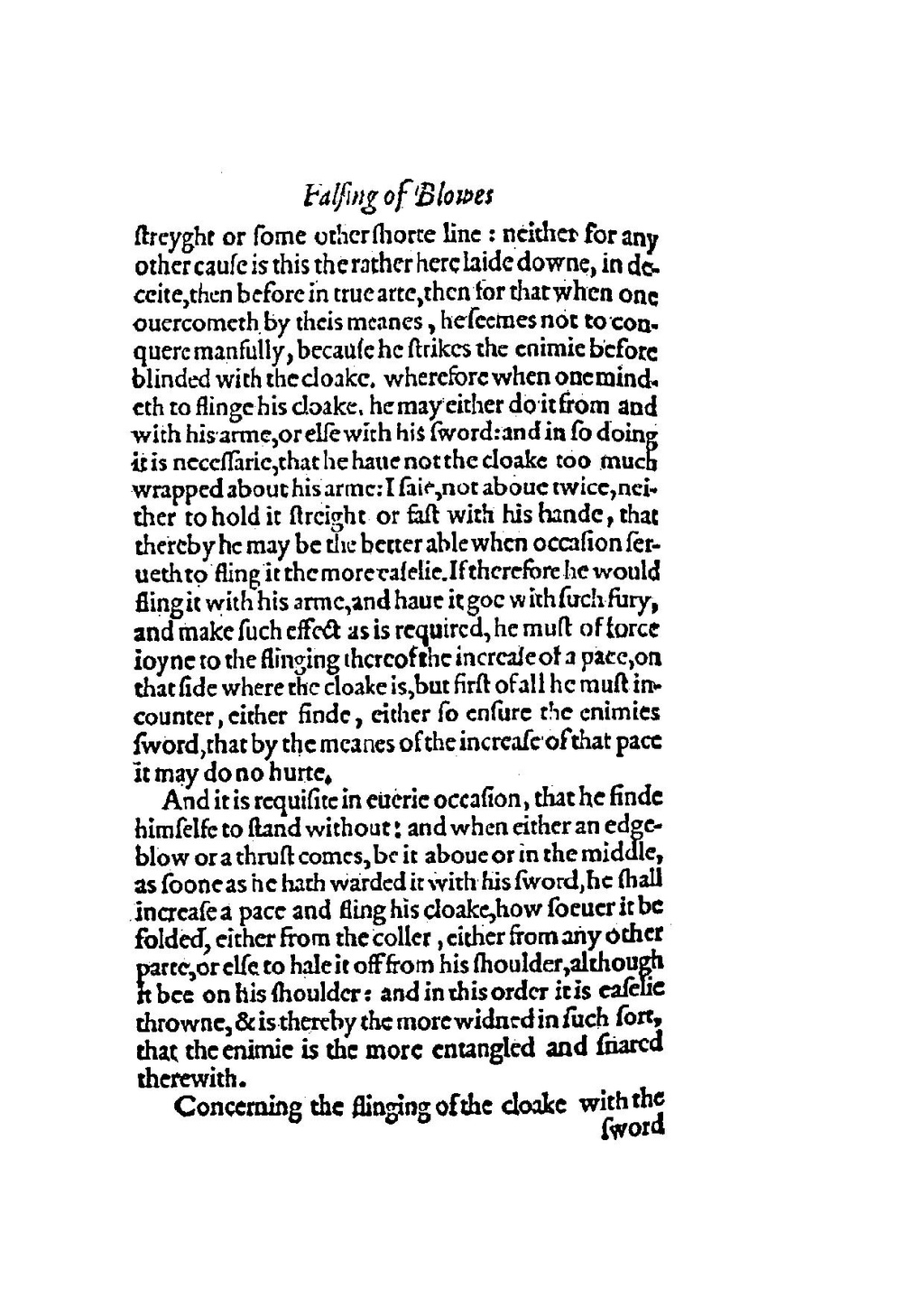