sword, I saie, it may be throwen either with the point, either with the edge: with the poynt when one standeth at the lowe warde with the right foote behinde, and the cloake before: In which case the cloake would be well and thicke doubled and placed on the arme, but not wrapped. And in steed of driuing a thrust with the poynt which shalbe hidden behinde the cloake, he shal take the cloake on the poynt of the sworde, and with the increase of a pace, force it at the enimies face. And in this maner the cloake is so forcib lie, and so couertly deliuered and flinged, that the enimie is neither a ware of it, neither can avoyde it, but of force it lighteth on his face, by meanes whereof, he may be stroken at pleasure in any parte of the bodie.

The cloake may be flong or throwen with the edge of the sworde, when one standeth at the lowe warde, with the poynt of the sword turned backewardes, one the left side and the cloake vpon it, folded at large vpon the arme vp to the elbowe: but not fast wrapped about it, and whilest he falseth a reuerse, he may take the cloake on the edge of the sword and fling it towards the enimie, and then strike him with such a blow as shal be then most fit for his aduantage deliuer.

Manie other deceites there might be declared of the cloake, aswell of flinging as of falsing it: but because I thinke these to be sufficient for an example to frame manie other by, I make an ende. 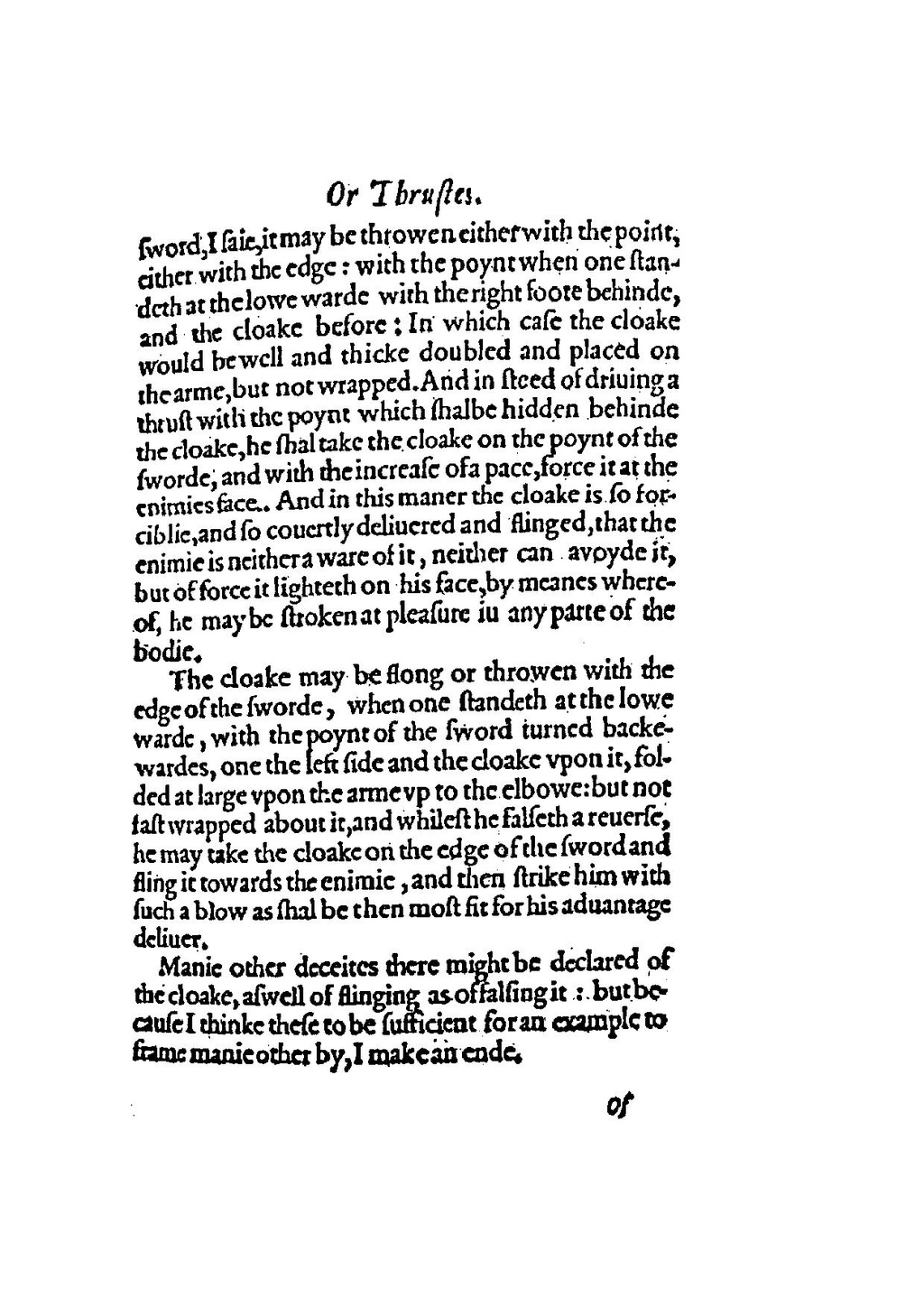