Of Sword and buckler, square Target and round Target.

BEing of opinion that as touching deceite, there is but one consideration to be had of all these three weapons, and for because all the difference which may be betwen them is laide downe and declared in the true arte, in the consideration of the forme of each ofthem: Therefore I am willing rather to restraine my selfe, then to indeuoure to fill the leafe with the idle repetition of one thing twice.

All theis three weapons ought to be borne in the fist the arme stretched outforwardes and this is euidently seene in the square Target and buckler: the round Target also, because by reason of his greatnes and waight, it may not be holden in the onelie fist, & forwarde, in which kind of holding, it would warde much more is borne on the arme, being stretched foorth with the fist forwardes, which is in manner all one, o the selfe same. Therefore one may false as much with the one as with the other, considering there is no other false vsed with them then to discouer and frame diuers wards, bering no respect to any aduantage. And yet there is this difference betwene them that with the round Target, one may easely warde both edgeblowes and thrustes, and with the square Target, better than with any other, he may warde edgeblowes, because it is of square forme: and the edge of the sword may easely be retained with the streight side thereof, which is not so easely done with the buckler: for ouer and besides the warding of thrustes, the buckler is not so sure of itself, but re- 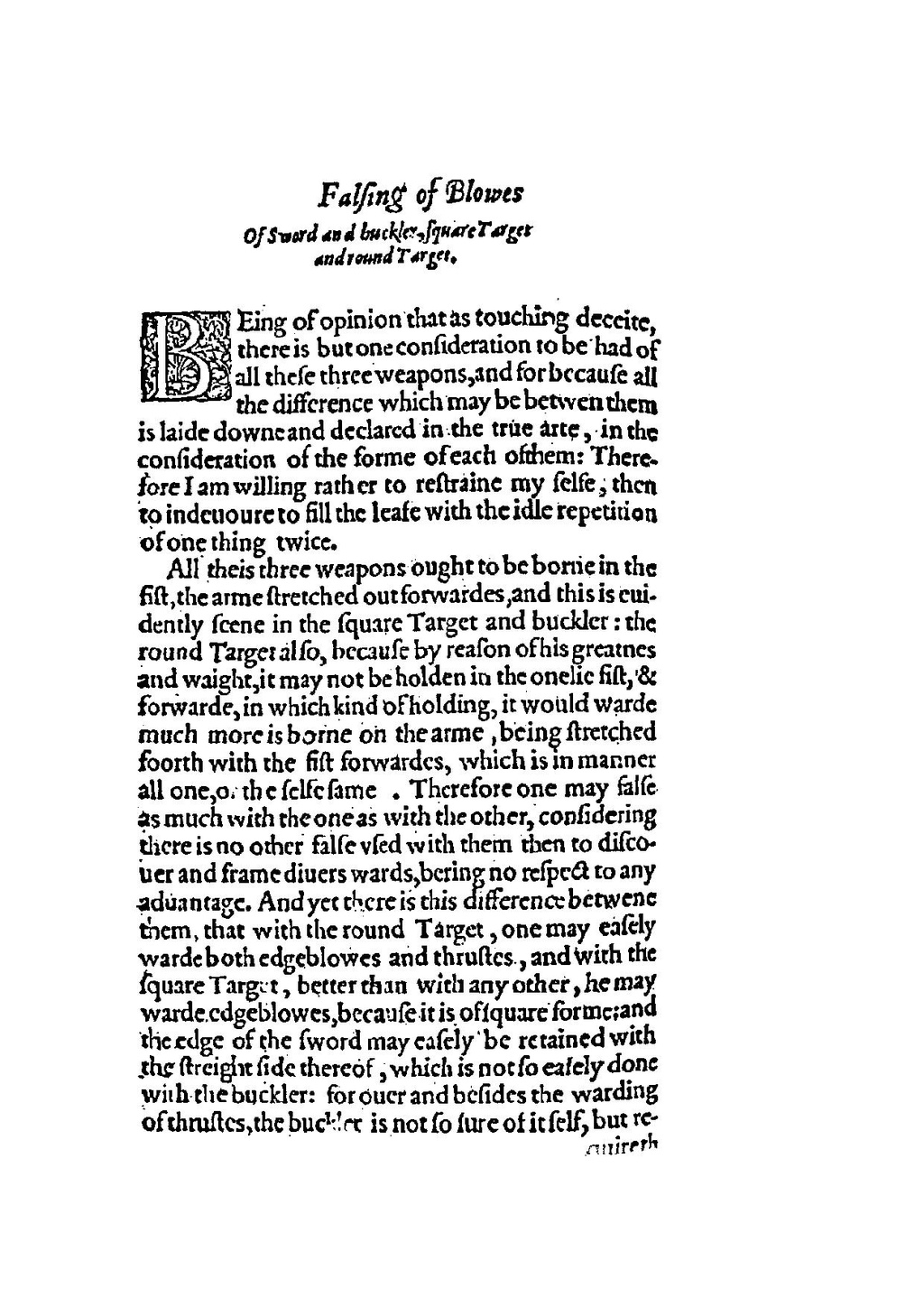