THEIS kind of weapons haue so great libertie of striking or warding, and are so entermedled the one with the other, as no other sorte of weapon is, which I may compare with theis. There may be framed an infinite cōpanie of wardes with theis weapons, and all of them sure, except two, which are framed and borne without, and are theis as followeth.

To bear both swords with their points backward: for this maner of warding, is as if one would of purpose cause himselfe to be slaine: or else to beare both aloft, which a man may hardlie sustaine, considering the paizes of the swords are naturally heauie and tend downewardes, so that the armes are much cumbred thereby. Therefore from theis two which are framed without, shalbe laide downe, all those which may be founde and may be framed in the handling of theis weapons: as for example, high wardes, lowe, wide, altered, diminished, and al those wards which are mixt, as to frame with one sworde the high warde, with the other the broad warde, and to frame the lowe and broad warde, the high and lowe ward, two lowe wardes, and two broade wardes: but yet these last two are as painfull as the two high wardes, and therefore shall not be vsed. Moreouer, a man may beare one sworde with the poynt forwards, and the other backewards, and he may further, verie easely finde out and practise diuers other waies, if he consider in how manie waies a man may moue his hands 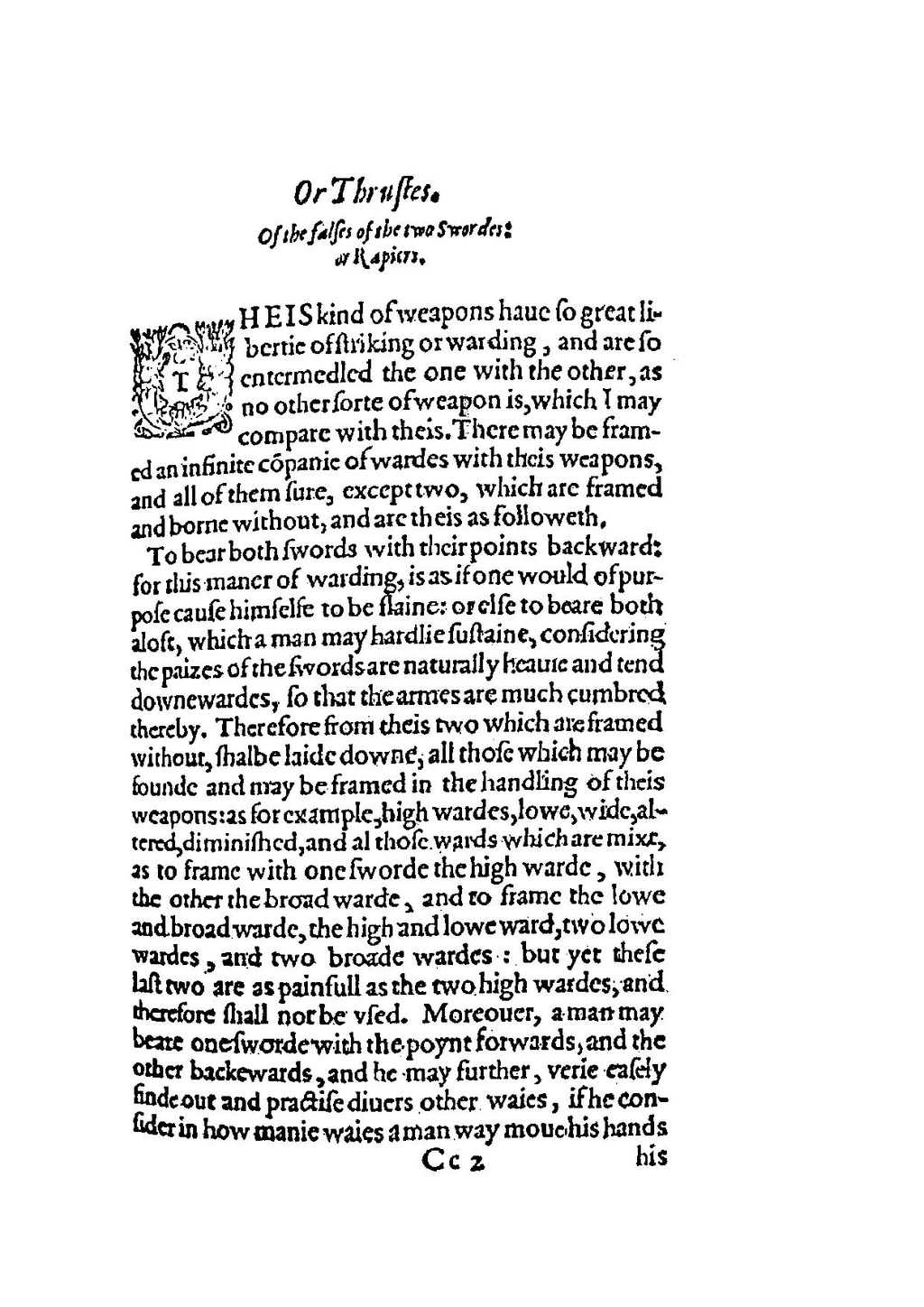