it is most cleere, seing there is no other thinge required in this Art, then to strike with aduantage, and defend with safetie.

This is done, when one striketh in the right line, by giuing a thurst, or by delyuering an edgeblow with that place of the sword, where it carrieth most force, first striking the enemie beefore he be stroken: The which is perfounned, when he perceiueth him selfe to be more nere his enemie, in which case, he must nimbly deliuer it. For there are few nay there is no man at all, who (perceiuing himselfe readie to be stroken) giues not back, and forsaketh to performe euerie other motion which he hath begun.

And forasmuch, as he knoweth that euery motion is made in time, he indeuoreth himselfe so to strik and defend, that he may vse as few motions as is possible, and therein to spend as litle time, And as his enemie moueth much in diuers times he may be aduertised hereby, to strike him in one or more of those times, so out of al due time spent.

The diuision of the Art.

BEfore I come to a more perticuler de claration of this Art, it is requisite I vse some generall diuision. Wherefore it is to be vnderstood, that as in all other arts, so likewise in this (men forsaking the true science thereof, in hope perad- 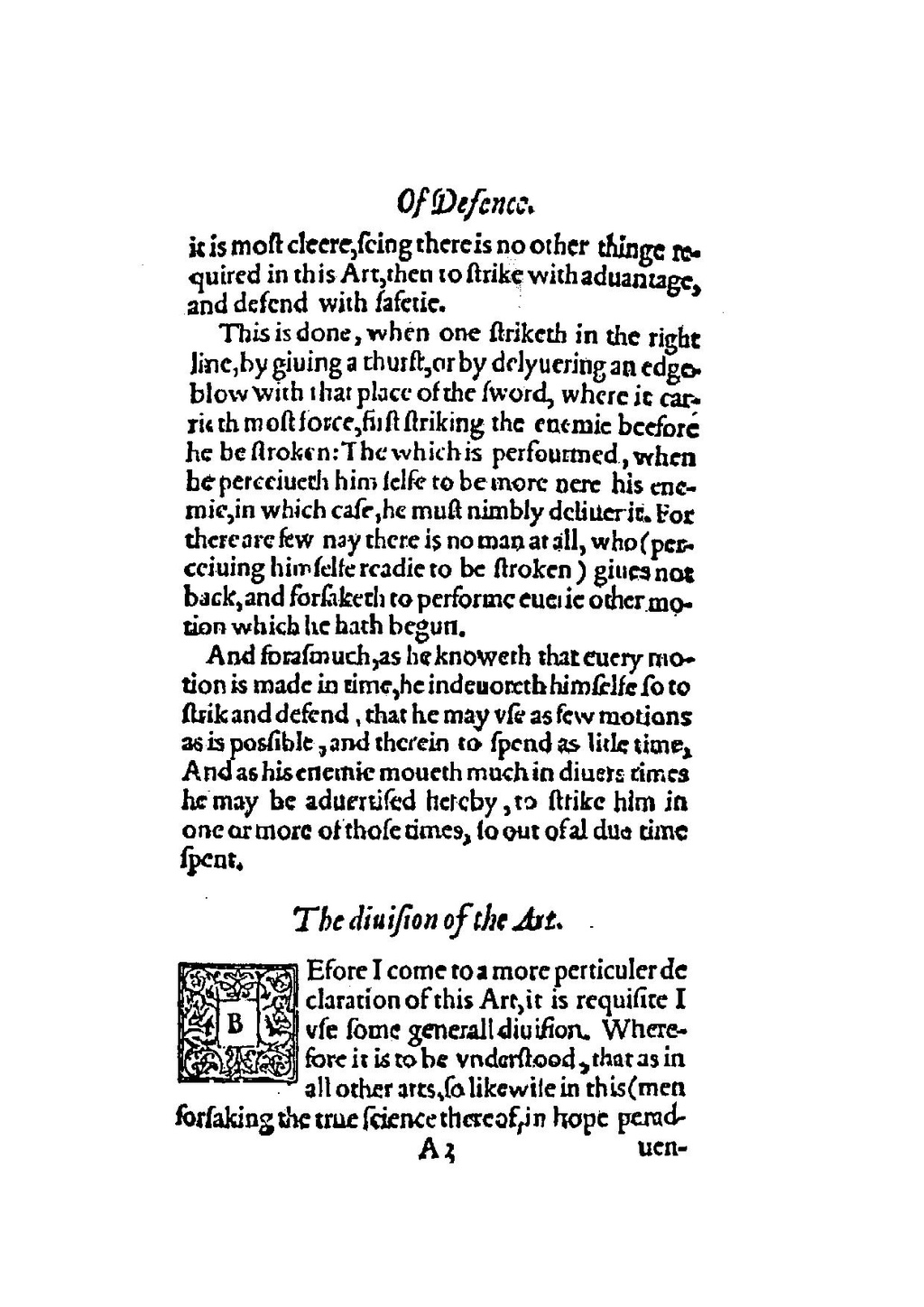