THere may be vsed some deceite also in the Pike, although it be a weapon voide of any crooked forkes, and is much more apte to shew great valure then deceite. And for as much as it hath no other then a poynt to offend, and length to defend, for that cause there may be vsed no other deceit therewith, then with the poynt: & considering true art, is not the mark that is shot at in this place: I saie, it may be borne after diuers fashions, as shalbe most for a mannes aduantage, as either at the ende, either in the midle, either more backewardes, either more forwardes, as shal be thought most commodius to the bearer. Likewise, one may frame three wardes therewith, to witte, the first streight, with the arms equall: the second with the poynt low, the third, the poynt high, falsing in each of them a thrust, either within, either without, ether high, either lowe, and then immediatly forcing it on resolutely, but contrarie to the false, and carying alwais the hinder foote towardes that side, to the which the Pike is directed to strike. In handling of the pike, a man must alwaies diligentlie consider, so to worke that the hinder hand be that which may rule, driue on, draw back and gouerne the Pike, and that the fore hand serue to no other purpose then to helpe to susteine it.

The defences of the deceites of the weapons of the Staffe.

I Haue not as yet laide downe the defence of the Bil, and the rest, because they are all one with this of the Pike. And I minde to handle them briefelie all togeither, considering that in these 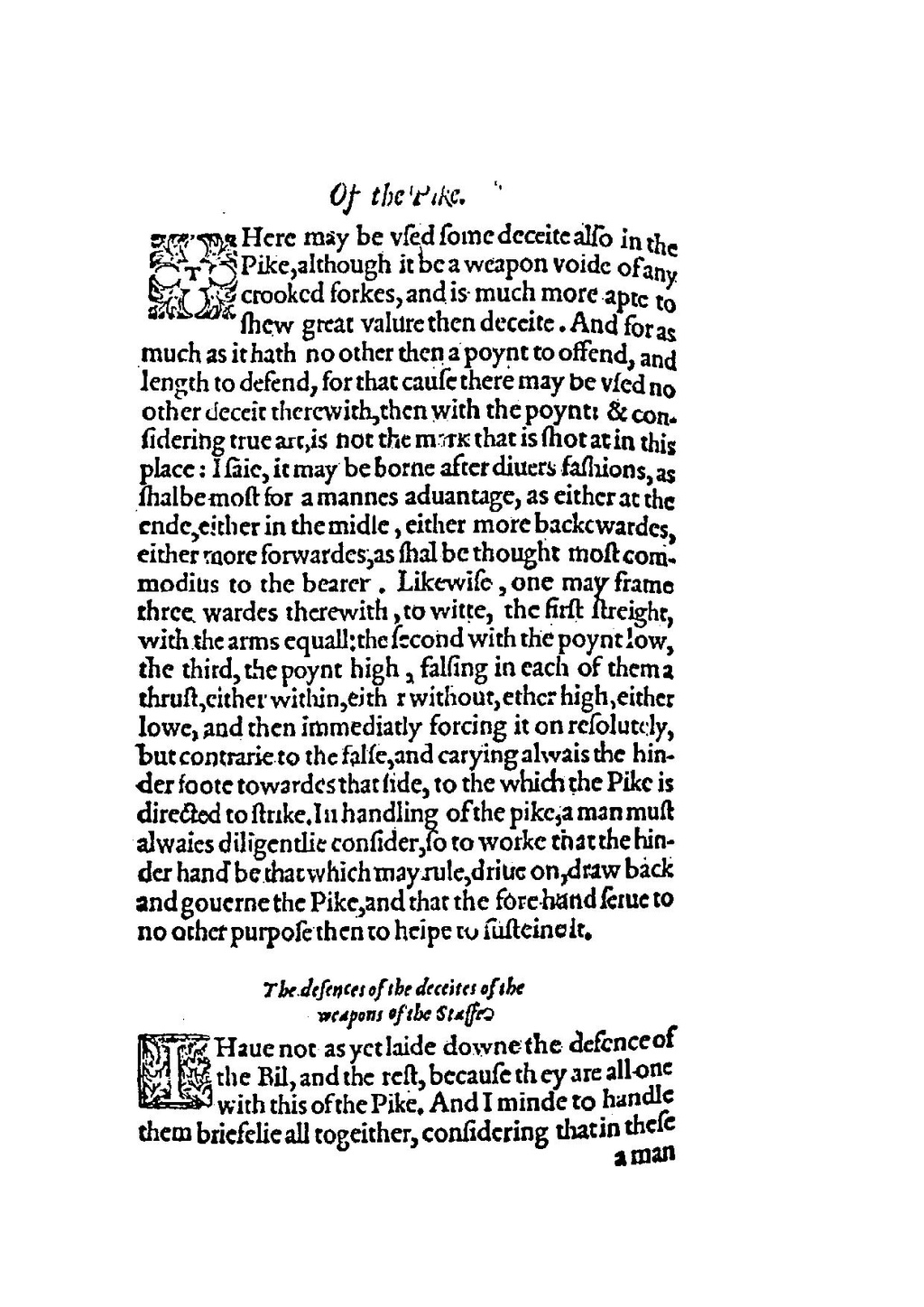