tions much better then he did before, or by hearing lerneth the harmonie and conformitie of voices which he knew not, ought it therefore besaide, that he seeth or hereth more then he did? For that procedeth not of better hearing or seeing, but of seeing and hearing with more reason. But in strength it doth not so come to passe: For it is manifestlie seene, that a man of ripe age and strength, cannot lift vpp a waight to daie which he canne doe on the morrowe, or some other time. But contrarie, if a man proue with the selfe same sight on the morroe or some other time to see a thing which yesterday he sawe not in the same distance, he shall but trouble himselfe in vaine, and be in daunger rather to see lesse then more, as it commonlie happeneth to studentes and other such, who do much exercise their sight. Therefore there is no doubt at all but that mans strength may be encreased by reasonable exersise, And so likewise by too much rest it may be diminished: the which if it were not manifest, yet it might be proued by infinite examples. You shall see Gentlemen, Knights and others, to bee most strong and nimble, in running or leaping, or in vawting, or in turning on Horse-backe, and yet are not able by a great deale to beare so great a burthen as a Cuntrie man or Porter: But contrarie in running and leaping, the Porter and Cuntrieman are most slow and heauie, neither know they howe to vawte vpon their horse without a ladder. And this procedeth of no other cause, then for that euerie man is not exercised in that which is most esteemed: So that if in the managing of these weapons, a man would gette strength, it shalbe conuenient for him to exercise himselfe in such sort as shalbe declared.

For the obtaining of this strength and actiuitie, three things ought to be considered, to witte, the armes, the feete and the leggs, in each of which it is requisite that euerie one be greatlie exercised, considering that to know wel how to mannage the armes, and yet to bee ignorant in the motion of the feete, wanting skill how to goe forwardes 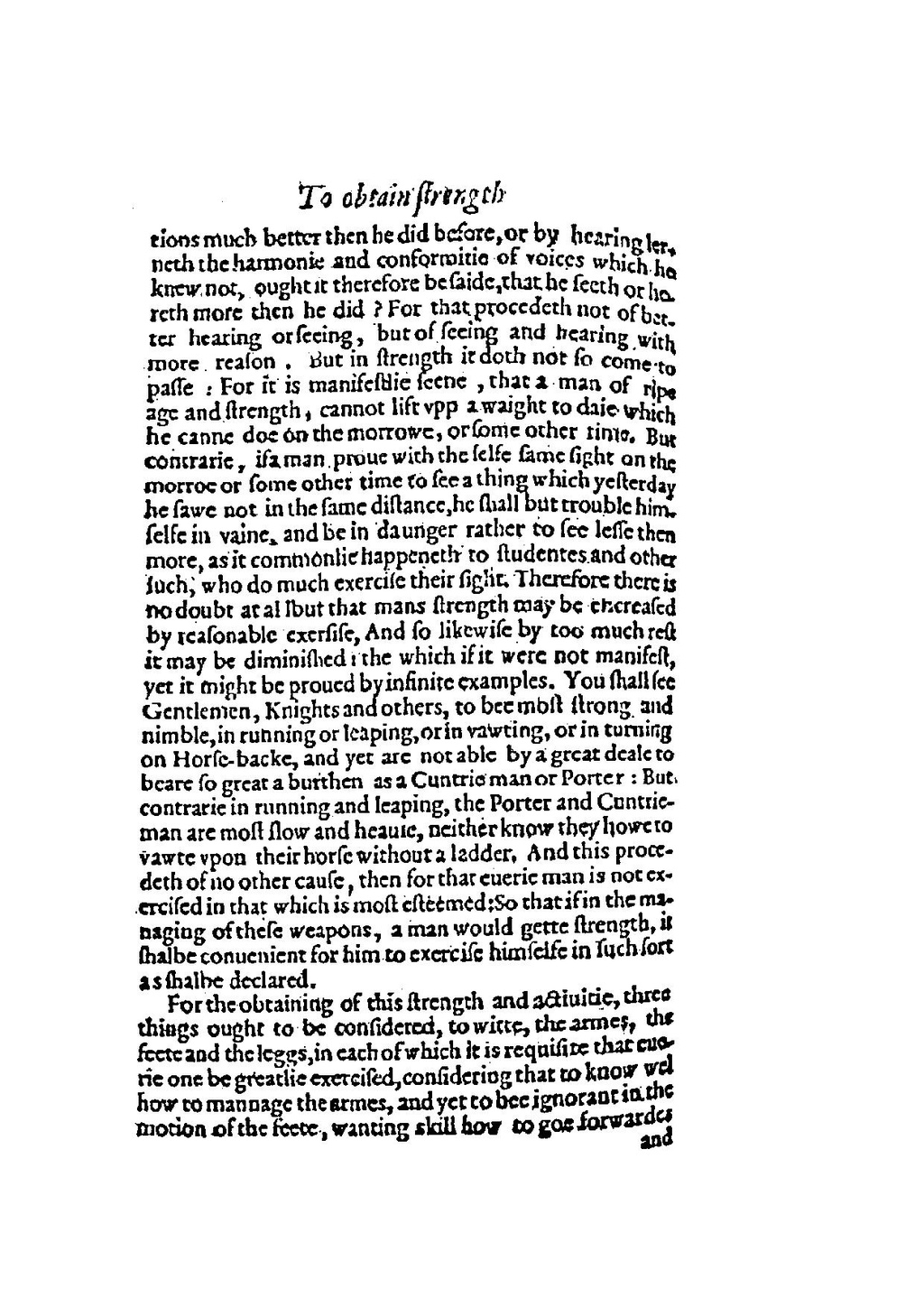