And on the other side, when one is exercised in the gouerning of his feete, but is ignorant in the timelie motion of his armes, it falleth out that he goeth forwards in time, but yet wanting skill how to moue his armes, he doth not onelie not oftend the enimie, but also manie times remaineth hurte and oftended himself. The bodie also by great reason ought to be borne and susteyned vpon his foundation. For when it boweth either too much backewardes or forwardes, either on the on or other side, streight waie the gouernment of the arms and leggs are frustrate and the bodie, will or nill, remaineth striken. Therefore I will declare the manner first how to exercise the Armes, secondliethe Feete, thirdly the Bodie, Feete & Armes, ioynly:

Of the exercise and strength of the armes.

LET a man be neuer so strong and lustie, yet he shall deliuer a blowe more slowe and with lesse force then an other shall who is lesse strong, but more exercised: & without doubt he shall so werie his armes, handes and bodie, that he cannot long endure to labour in any such busines. And there hath beene manie, who by reason of such sudden wearines, haue suddenlie dispaired of themselues, giuing ouer the exercise of the wepon, as not appertaining vnto them. Wherein they deceiue themselues, for such wearines is vanquished by exercise, by meanes whereof it is not long, but that the bodie feete & armes are so strenghned that heauie things seem light, & that they are able to handle verie nimblie anie kinde of weapon, and in briefe ouercome all kind of difficulty and hardnesse. Therefore when one would exercise his armes, to the entent to gette strength, he must endeuour continuallie to ouercome wearines, resoluing himselfe in his iudgement, that paines is 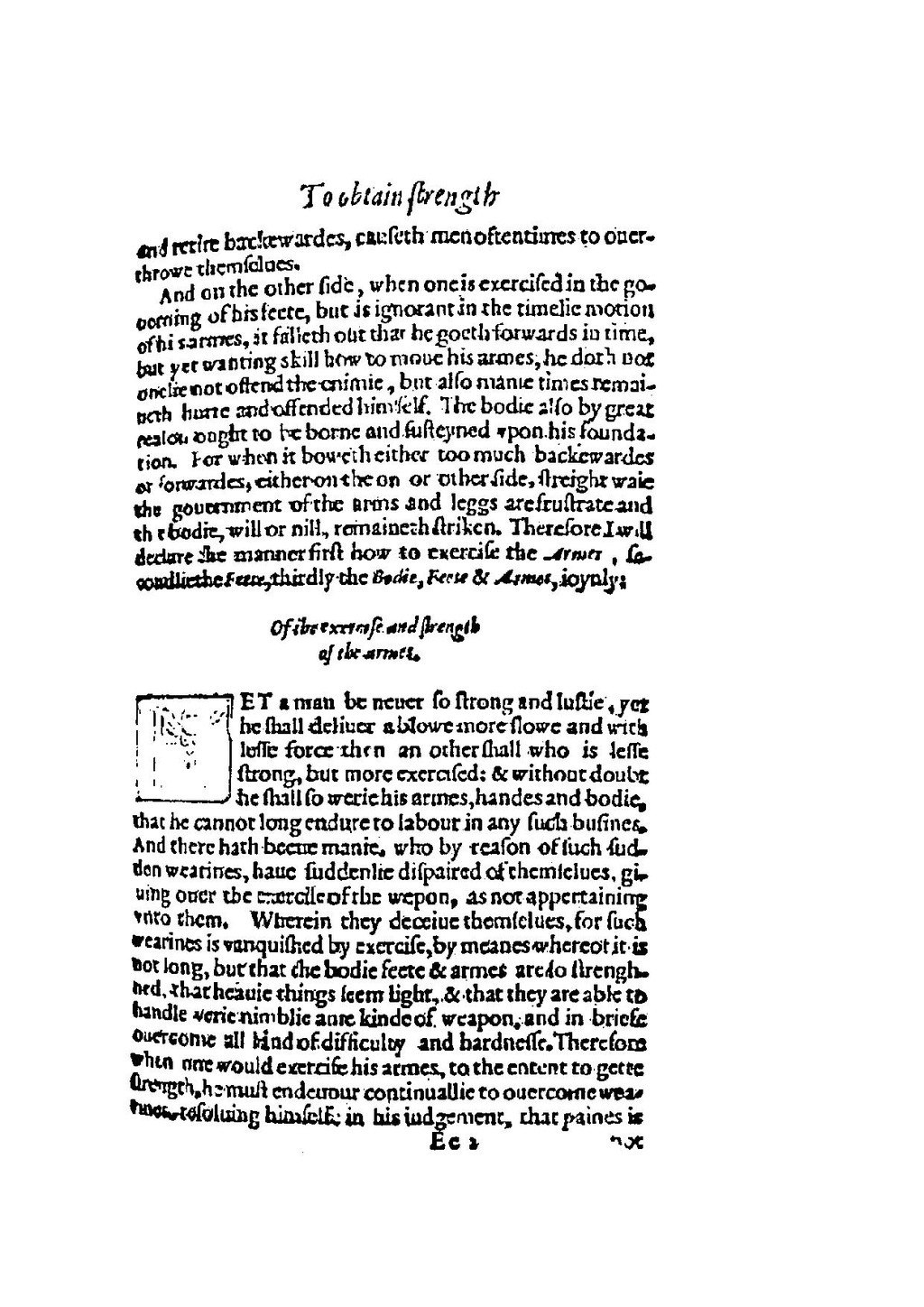