right, and once reuersed, two reuerses and one right, and likewise, two right and one reuersed, to the ende that the hande take not a custome to deliuer a righte blowe immediatlie after a reuerse. For sometimes it is commodius, and doth much aduantage a man to deliuer two right, and two reuersed, or else after two right, one reuersed: and these blowes, ought to be exercised, as well with one hand as with the other, standing stedfast in one resonable pace, practising them now alofte, now beneath, now in the middle. As touching the waight or heft, which is borne in the hande, be it sword or other weapon, I commend not their opinion any waie, who will for the strengthning of a mans arme that he handle first a heauie weapon, because being first vsed to them, afterwardes, ordinarie weapons will seeme the lighter vnto him, but I think rather the contrarie, to wite, that first to the end, he doe not ouer burthen & choak his strength, he handle a verie light sword, & such a one, that he maie most nimblie moue. For the ende of this arte is not to lifte vp or beare great burdens, but to moue swiftelie. And there is no doubt but he vanquisheth which is most nimblie, and this nimblenesse is not obtained by handling of great heftes or waightes, but by often mouing.

But yet after that he hath sometime trauailed with a light weapon, then it is necessarie according as he feeleth himselfe to increase in strength of arme, that he take an other in hande, that is something heauier, and such a one as will put him to a little more paine, but yet not so much, that his swiftnes in motion be hindred thereby. And as his strength encreaseth, to encrease likewise the waight by litle and litle. So will it not be long, but that he shalbe able to mannage verie nimblie any heauie sword. The blowe of the poynt or the thrust, cannot be handled without the consideration of the feete and body, because the strong deliuering of a thrust, consisteth in the apt and timelie motion of the armes feete and bodie: For the exercise of which, it is necessarie that he knowe how to place them in euerie 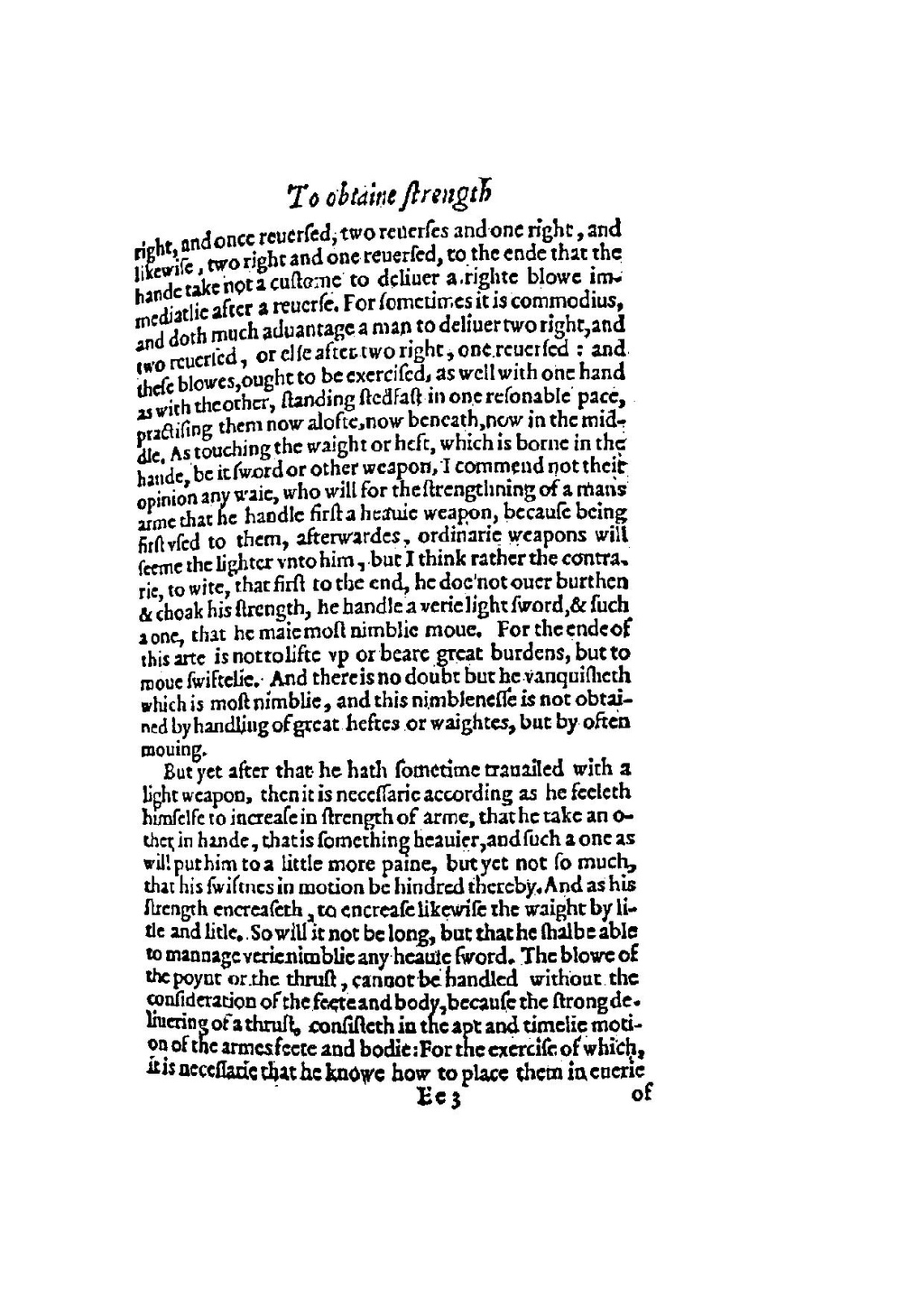