the procuring of any aduantage, either for striking the enimie more readily) deliuer blowes of the edge. And in like sorte, I haue saide, that easily and with small danger, one may be strooken vnder any such blowe: which precepts, as in each time and place, they ought to be obserued: so in this warde principally they may not be forgotten. For a man may not without great discommoditie and losse of time, strike with any edgeblowe, as he standeth at this warde.

It resteth therefore, that the thrust be onely vsed, which ought to be deliuered with the encrease of the foote forwards, alwaies regarding before it be giuen, if it be possible) to beate awaie the point of the enimies sworde with the Dagger.

The defence of the broad warde at Rapier and Dagger.

THis thrust also as well as the other may be warded after three sortes, to wit: with the Dagger only, with the sword only, and with both ioyned together. But for a mans defence in any of these waies, it is good to stande at the lowe warde. And when he wardeth with the dagger only, he must make a slope pace, and finding the enimies sworde, with his said dagger, discharge a thrust vnderneath with the increase of a straight pace.

And when he wardeth with the sworde onely (which is the best of any other, both to strike the enimie, and defend himselfe) he must oppose the edge of his sworde against the enimies, and driue a thrust at his face, fetching a compasse with his hinderfoote, both for the lengthning of the thrust, and assuring of 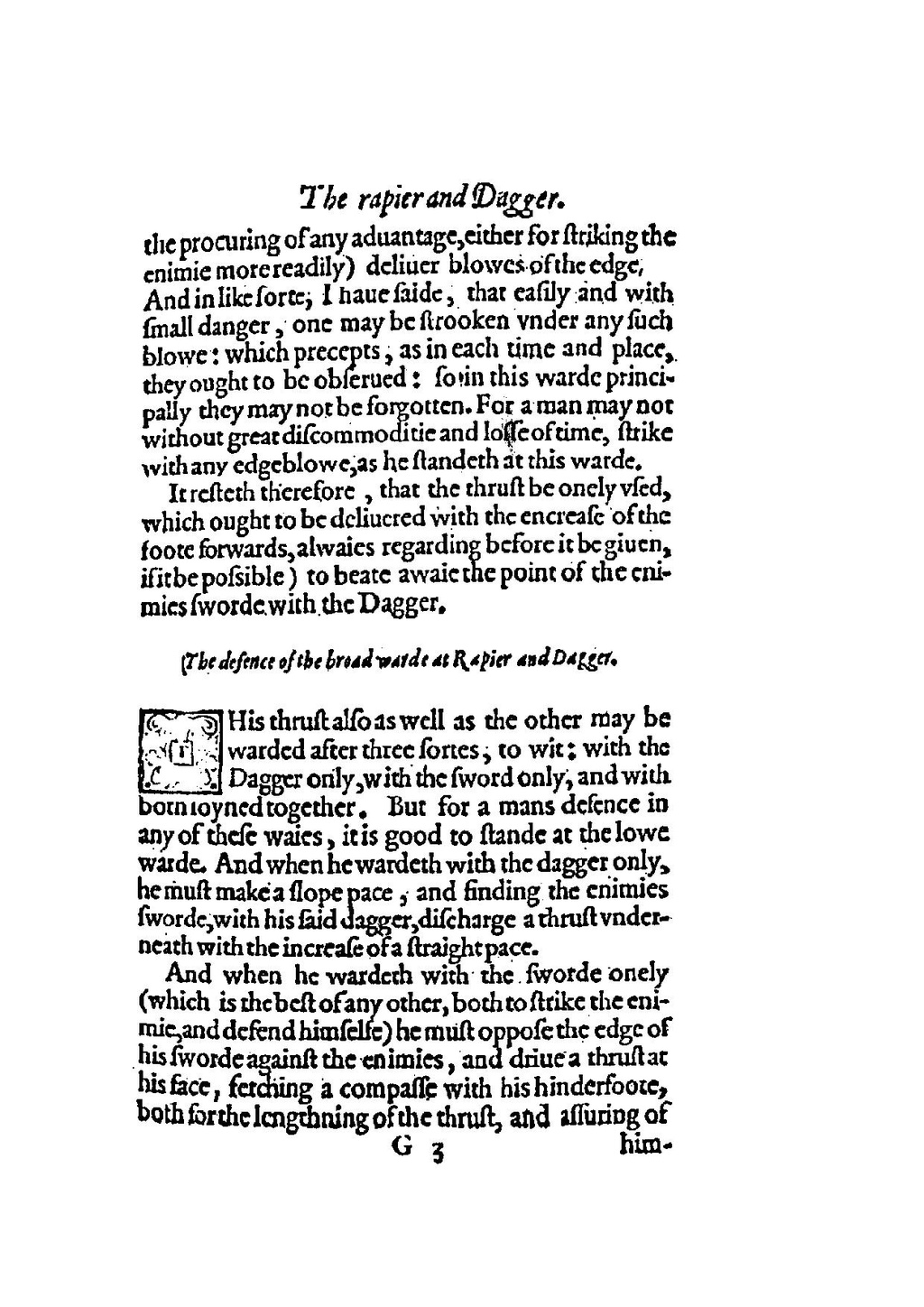