pose, that it hitteth home safely vnder that blow, and farther is a let, or barre, to the enimies sword, so that it maie not light on the legges, considering that in the discharge of the saide thrust, the hinder foote must necessarily go compassing towardes the right side behinde.

The reuerse blowe would be warded with giuing a thrust which safely hitteth, and hindreth the swotde to light on the legges. This blowe also, may be warded after other and diuers manners, which shalbe declared in the treatise of Disceit: for this is not their proper place.

There is great regarde to be taken in warding of thrustes, to wit: to beare the bodie out of the straight lyne, because this is the safest waie that may be found to voide them, because it verie difficult to meete with them, when they come barred and closed in, and are forciblie discharged. For when a thrust commeth within (at the verie time that the enimie striketh) hee ought to encrease a slope pace, ensuring himself of the 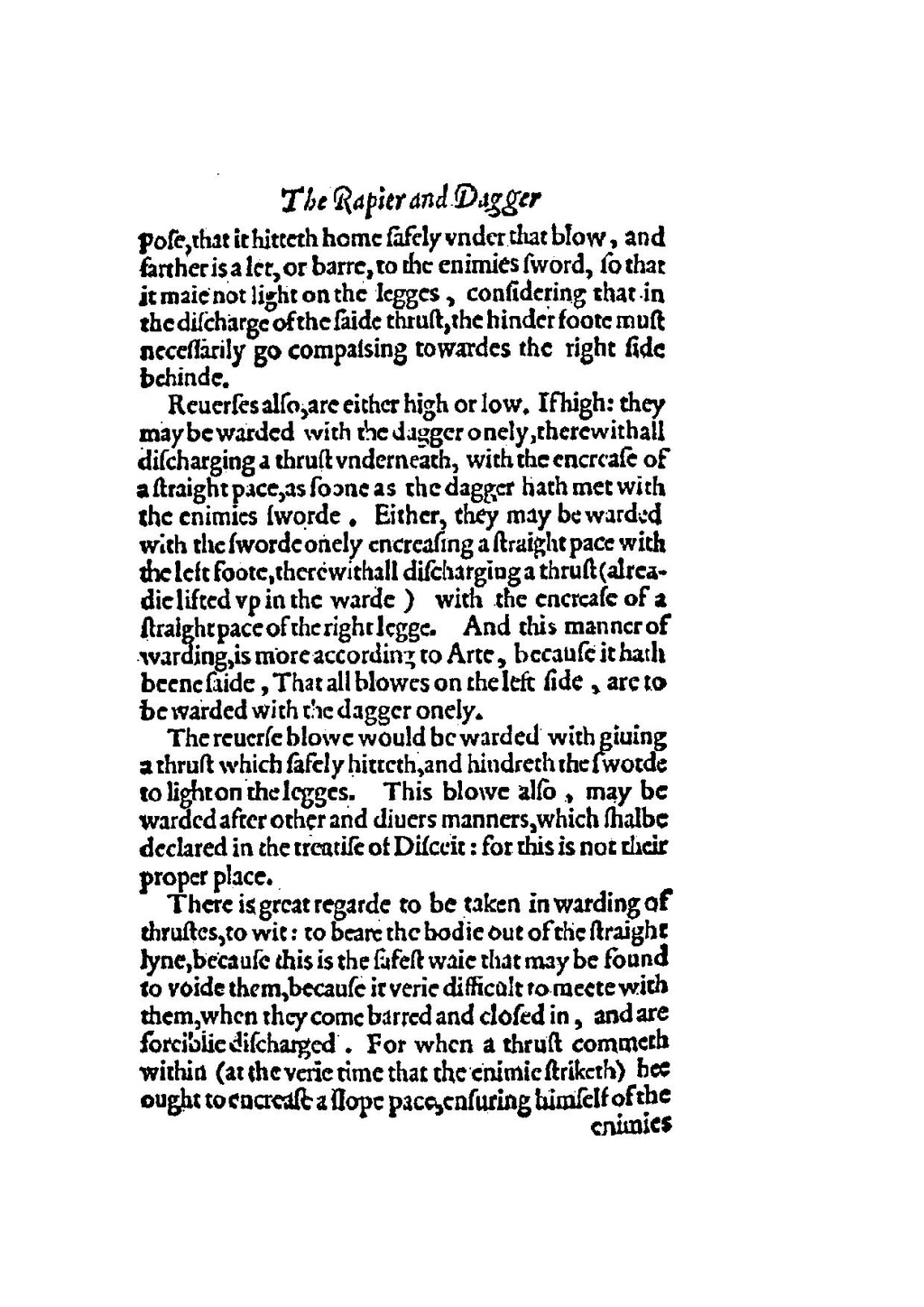