enimies sword with his dagger, and then to discharge a thrust with the increase of a straight pace.

The thrust without is warded after the first maner, to wit, when the enimie striketh, to encrease a slope pace (whereby the bodie voideth danger) & to giue a thrust with the encrease of a straight pace. In this order one may warde himselfe from other wayes of stryking.

In like case, when the enimie (onely to trye and prouoke) doth deliuer an edgeblowe from the wrist of the hande: let euery man be aduised, as soone as the blowe is deliuered, to encrease a slope pace, and deliuer a thrust with the encrease of a straight pace, before the enimie (after his blowe giuen) do determine to discharge any more. This may suffice, for the handling of the Rapier and Dagger truely, with aduantage.

The Rapier and Cloake.

THat I maie continue in the weapons which are most vsuall and most commonly worne: After the Dagger, I come to the Cloake: The vse whereof was first founde out by chaunce, and after reduced into Arte. Neither was this for any other cause, then for that nature doth not onely delight to inuent things, but also to preserue them being inuented. And that shee may the better doe it, shee taketh for her helpe all those things that are commodious for her. Wherefore, as men in diuers accidēts haue casually proued, that the Cloak helpeth greatly (for as much as they are to weare it 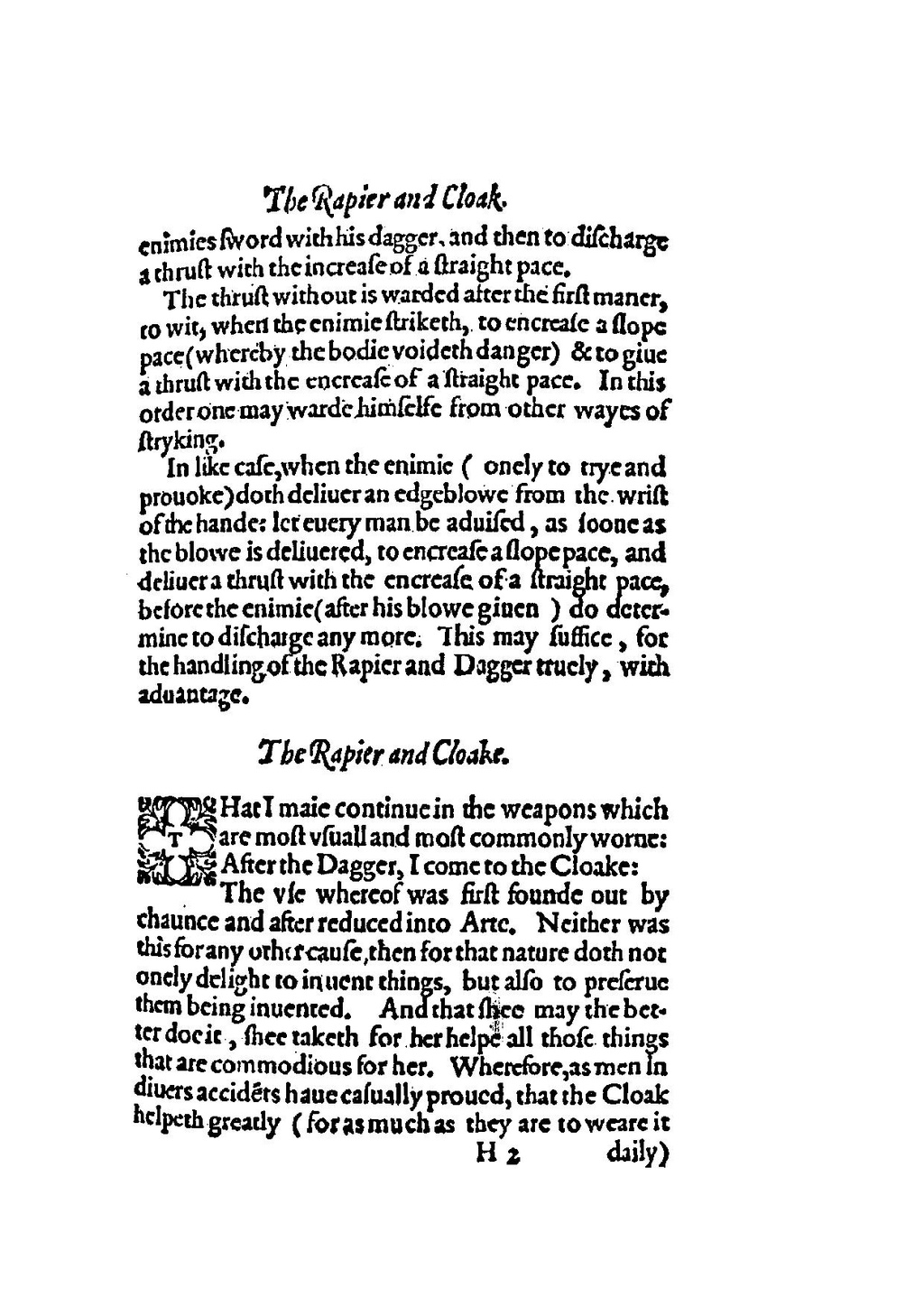