daily) they haue deuised how they may behaue them selues in all that, in which the Cloak may serue their turne. Which accidents, because they are infinite, & do not generally serue for our purpose, I wil restraine my selfe and speake of those onely which appertaine to this Arte, the which are such and so effectuall, that they may greatly helpe to the obteining of safe victorie, if they happen to be placed in such a man as knoweth howe to vse and handle them. And for that in true Arte it doth little preuaile, the vse thereof being in a manner altogether deceitfull, I was resolued to put ouer all this to the treatise of Deceit, as vnto his proper place. Notwithstanding, to the ende it may not seeme strange to any man, to read nothing of the Cloak in al the handling of true Art, I am minded to laye downe a certaine fewe blowes in the accustomed wardes, referring the more abundant handling thereof vnto the treatise of Deceit.

The manner how to handle the Cloake.

AS the Cloake in this Arte, hath in it three things to be considered, to wit: length, largenesse, and flexibilitie: so it is to be wayed how far each of these will stretch, to serue the turne. Of which three, one doth properly belong vnto it, and that is flexibilitie, which maie neither be encreased nor diminished: The other two, may receiue alteration. But yet it is at any hande to be prouided, that these two also be not diminished. For the Cloake is no strong thing, which of it selfe may withstand the blowes of the weapon, being directly opposed against them. 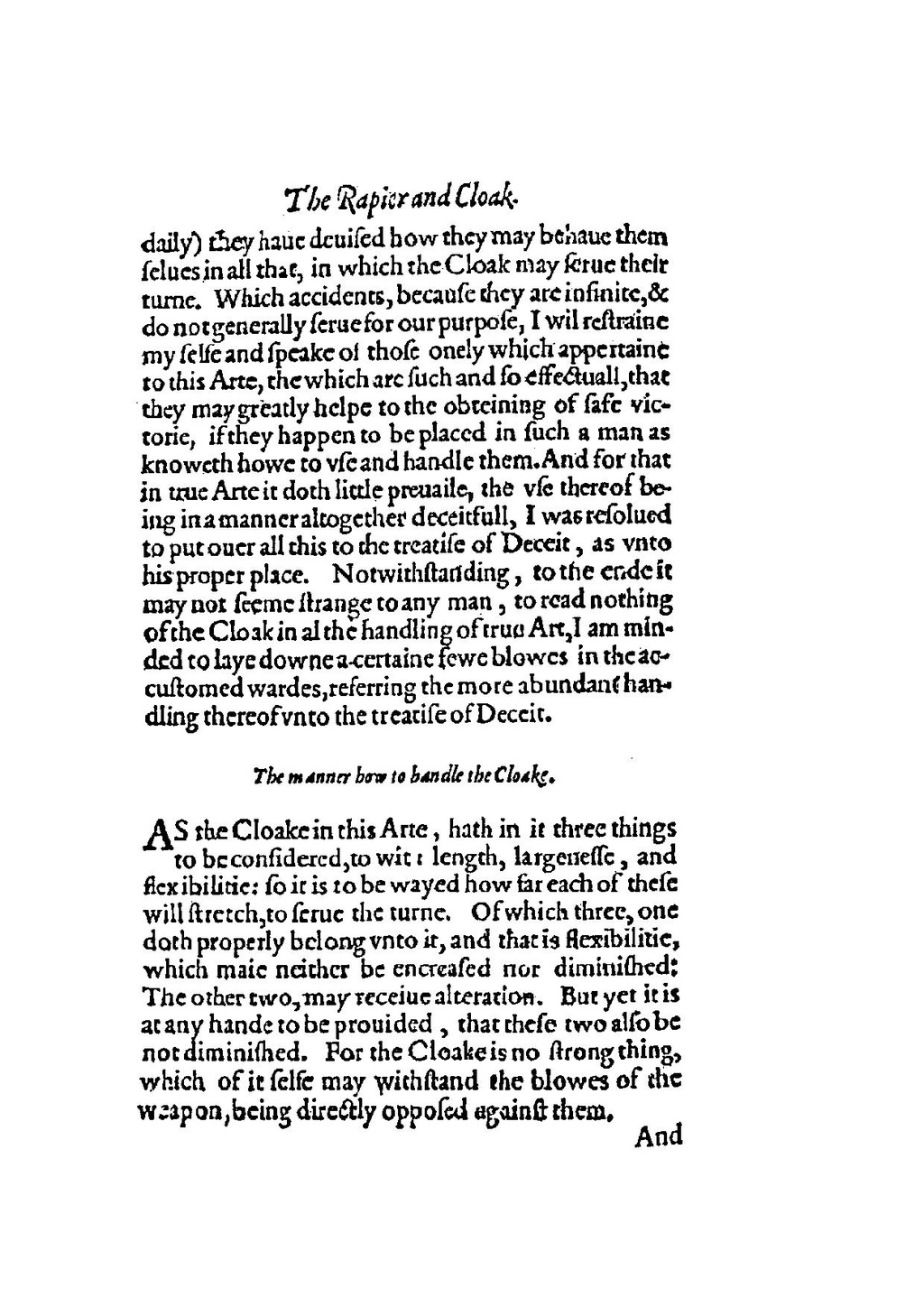