either with the single Cloake or single Rapier: For whilest he assaieth to defend himself, he cannot strike. And if the enimie do first moue, and strike straight, in the which, his sworde is not carried much outwardes (and it is hardly done,) I saie, the enimie may by stealing of half paces, discharge a thrust perforce. And therefore he must take heede, that (as the enimie moueth) he encrease a slope pace (by that meanes voyding the hurt) then a thwart or crossing pace next, with the encrease of a straight pace of the right foote, to strike the enimie with a thrust vnderneath.

This may suffice, for the handling of these weapons as much as appertaineth to sure plaie. All that which remaines is reserued to the treatise of deceit, in which place shall be seene manie handlings of the cloake no lesse profitable then pleasant.

Of the Sworde and Buckler.

FOrasmuch as the Buckler is a weapon verie commodious & much vsed, it is reason that I handle it next after the Cloak. For my purpose is, to reason of those weapons first which men do most ordinarily vse, then of those that are extraordinarie and lesse accustomed, discoursing vpon eache of them, as much as is requisite when I come vnto them. Therefore I will first consider of the Buckler, therewith proceeding orderly.

First his fourme, as much as appertaineth to this Arte. Next the manner how to vse it, giuing euery man to vnderstand that the Buckler and other weapons (which are said to be weapons only of warding) 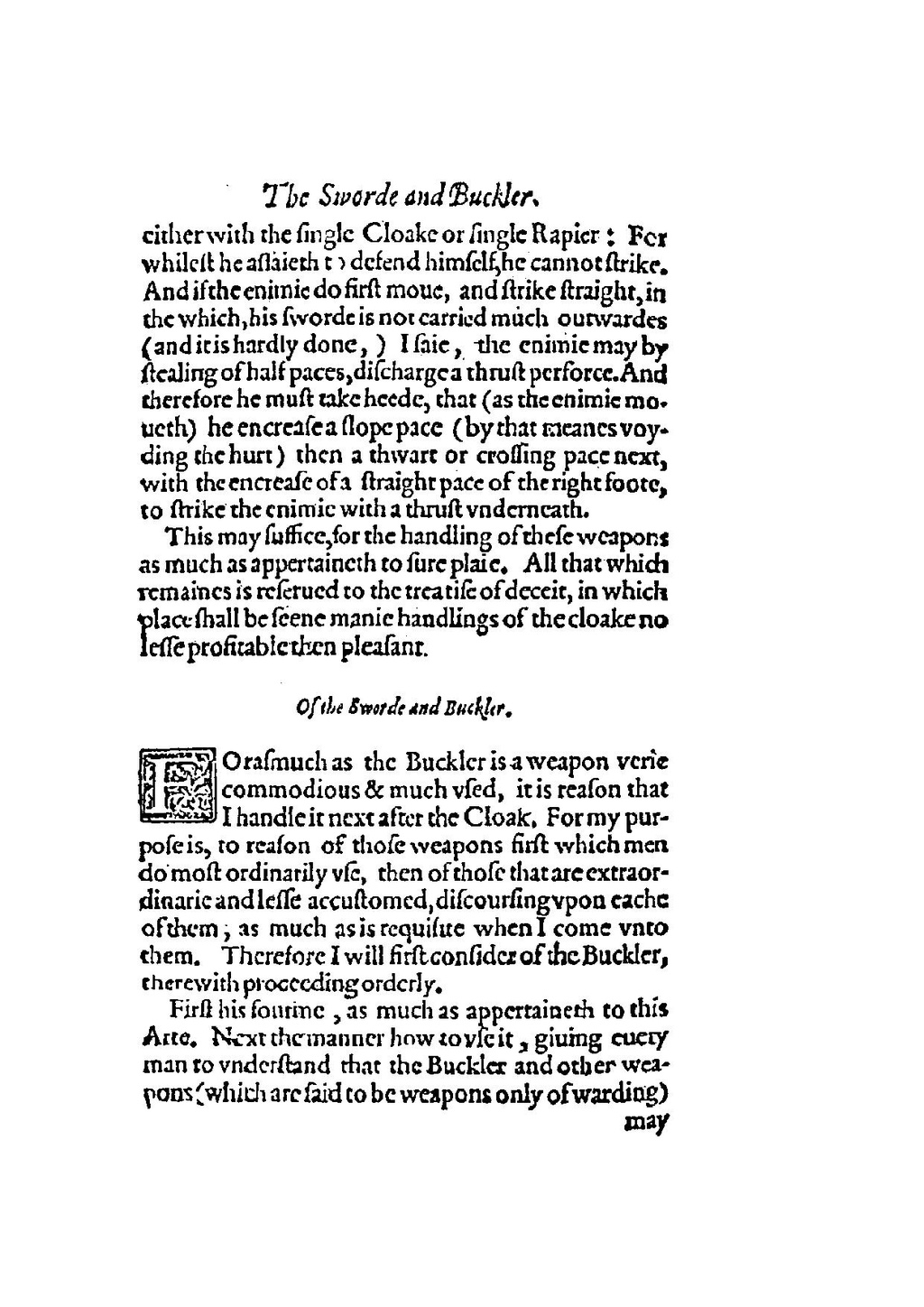