may also be of striking, as I will declare in his proper place.

Of the Forme of the Buckler.

AS the forme of the Buckler is round and small, and ought to be a shilde & safegard of the whole bodie, which is farr greater then it: So it is to be vnderstood how it may accomplish the same, being a matter in a manner impossible.

Let euery one therefore know, that the litle Buckler is not equall in bignes to the bodie simplie, but after a certaine sorte or manner, from which springeth this cōmoditie, that he which vnderstandeth it, shall be resolued of the manner how to beare and handle it, and shall know that in it, which shal not onelie aduantage him in the vse thereof, but also of many other weapons.

It is to bee vnderstoode, that the Buckler beareth the selfe same respect to the bodie, which the litle prike or sighte, on the toppe of the harquebush artilirie or such like beareth to the obiect which they respect and behold. For when a Harquebusher or Gonner, dischargeth happelie against a Pigion or Tower, if they behold and finde that the Prike striketh the obiect, although that prike or sight be verie litle, and of a thousand partes one: yet I saie, the said prike of the Harquebush shal couer the whole Pigion, and that of the Artilery in a manner the whole Tower: The effect procedinge of no other thing then of the distance. And it is in this manner. The eye behoulding directlie through the straight sight, as soone as it arriueth at the obiect, and may not passe through, teareth 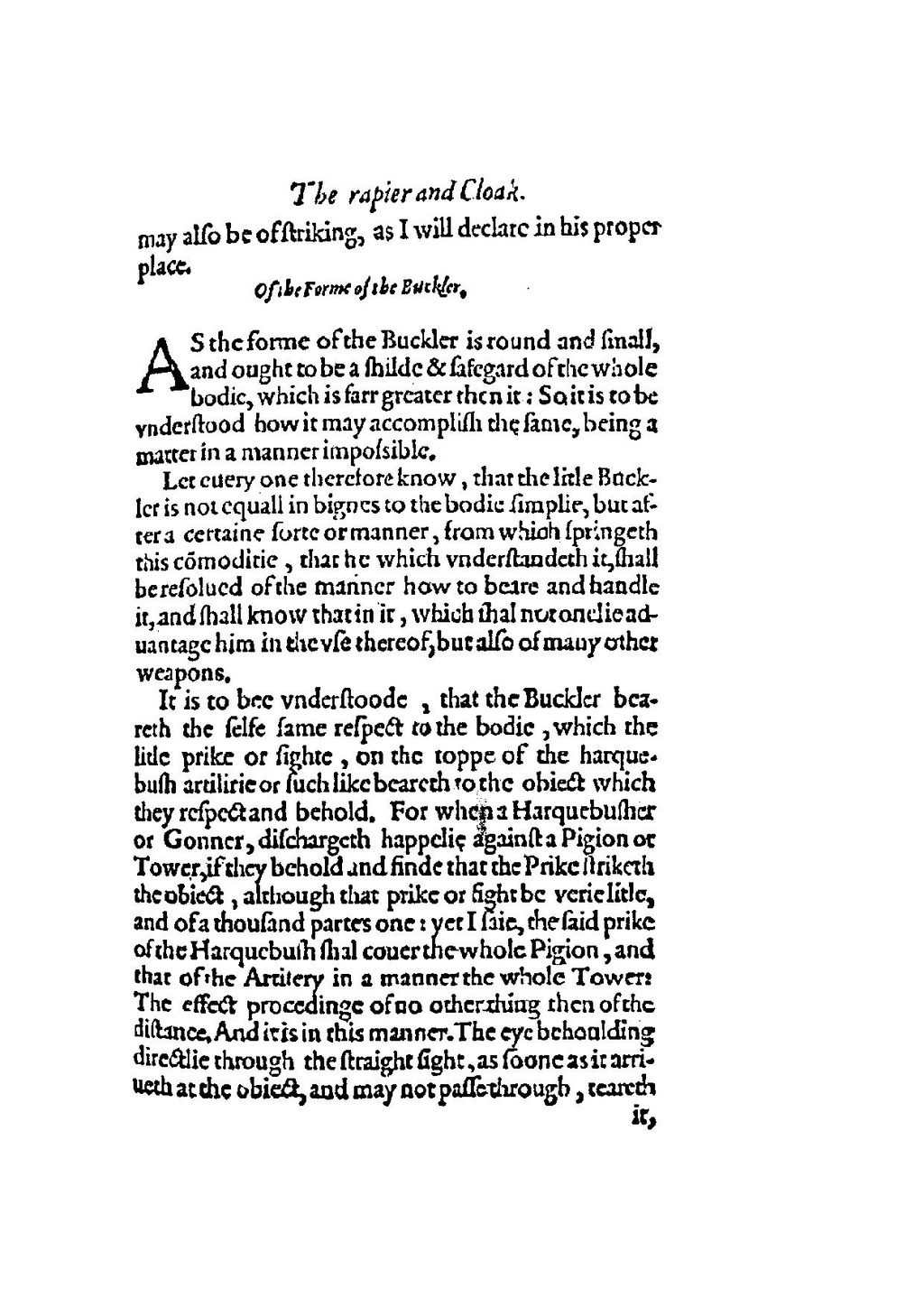