it, and sendeth through a lyne sidewise, spreading it selfe like vnto the two sides of a triangle, the which ouerthroweth the foundation of that thing which it striketh: The which foundation, the instrument striketh with which the discharge was made. And if it worke otherwise, that commeth either of the defect of the instrument, or of that it was not firme.

Wherefore, applying this example to our purpose I saie, that the enimies sworde is as the lyne of the eiesight, The Buckler, euen as the litle pricke or sight in the Harquebush, the bodie of him that holdeth the Buckler, as the obiect vnto the which the strok is directed: And so much the rather the Buckler shall be the more like this pricke or sight, and haue power to couer the whole bodie, by how much it shall be the further of from the thing that is to couer.

As concerning his greatnesse, standing still on the forme of the Buckler, by how much the greater it is, by so much the better it voydeth the blowes. But it is to be regarded, that it hinder not the eye sight, or at least as litle as is possible. Besides this, there is required, that about the middle thereof, there be a litle strong circle of Iron, well nayled and hollowed from the Buckler, so that betwene that circle & the Buckler the Sword may enter, by meanes whereof, a man may either take holdfast of the sword, or breake a peece of the poynt. But this is done rather by chaunce then that any rule may be giuen how a man should so take hold and breake it, for the sword commeth not with such slowenes, and in such quantitie of time, as is requisite in that behalfe.

It shall be also verie profitable, that in the midst of 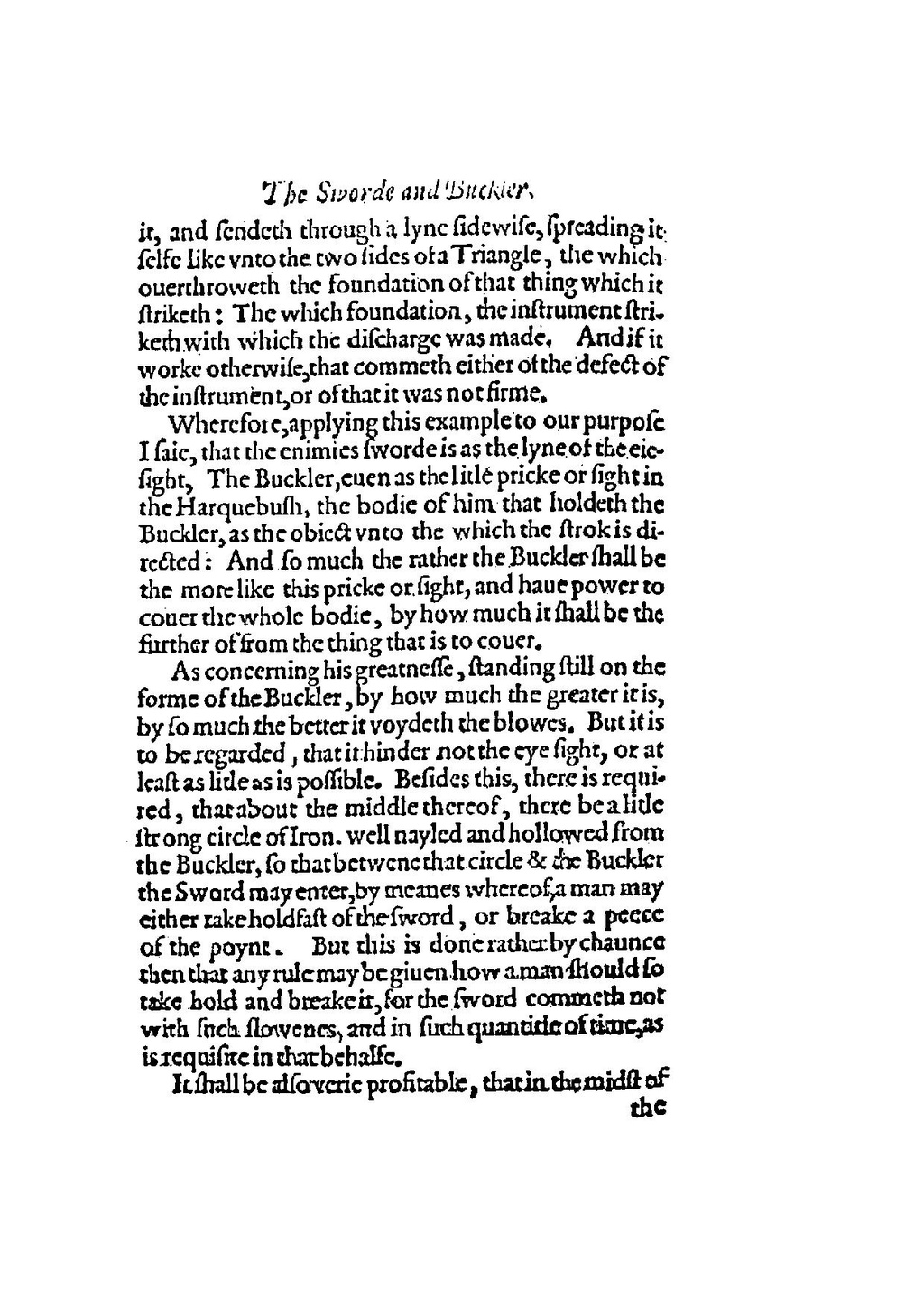